Scientists are on the brink of creating an elephant-mammoth hybrid

A new hybrid elephant-mammoth with no tusks could be in the pipeline for scientists, in a bid to stop poaching for ivory.

Harvard University scientists are soon to release their plans to grow a womb in order to create the hybrid animal.

The team worked with the extinct mammoth’s DNA, preserved in the frozen temperatures of the Arctic, to locate 44 genes that made mammoths more able to cope in the cold – in stark contrast to the elephant which prefers a warmer climate.

The skeleton of and extinct woolly mammoth is reconstructed. Scientists managed to locate 44 genes that make mammoths more able to cope in cold weather

If the elephant can be made more able to withstand a harsh environment, it could move its habitat further north, reports The Sunday Telegraph.

Creating a hybrid without, or with reduced-sized, tusks will also mean there is no incentive for poachers to kill the animal.

The team have spent 11 years on the work, and are soon to publish their research and plans.

They now face the difficult part of growing the animal in an artificial womb, but they think that they are ready to begin testing on mice as they have a shorter pregnancy time than that of elephants. 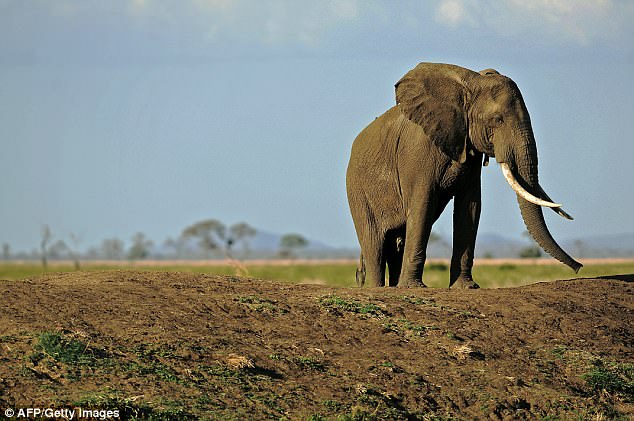 If the elephant can be made more able to withstand a harsh environment, it could move its habitat further north

‘If we get this thing out into the wild, it will be more than just a cold resistant elephant, it won’t be limited to mammoth genes.’

‘The hardest part, where we are now, is testing all these genes that we have made, which requires at least embryogenesis (growing an embryo), so since we don’t want to interfere with the reproductive success of existing female elephants we’re trying to do it in vitro in the lab.’