Scientists can now PROVE if nuclear bombs have been dismantled

Scientists believe they have created a way to detect if a nuclear warhead has been successfully deactivated.

Currently, it is almost impossible to tell if the weapon itself has been dismantled.

Experts at Massachusetts Institute of Technology (MIT) have created a neutron beam which detects the telltale presence of a specific type of plutonium used in weapons.

Nuclear warheads have a distinctive material layout as well as the giveaway presence of the plutonium which is responsible for the weapon’s destructive power.

A plutonium bomb was dropped on the city of Hiroshima in 1945 and killed thousands of people instantly.

Experts say that this method of detection to prove if bombs have been dismantled could be used to ensure nations are not secretly stockpiling nuclear weapons.

But experts at Massachusetts Institute of Technology (MIT) have created a neutron beam which can detect the telltale presence of a specific type of plutonium in a warhead.  A plutonium bomb was dropped on the city of Hiroshima in 1945 and killed thousands of people instantly (pictured)

HOW ARE NUCLEAR BOMBS TESTED TO ENSURE THEY HAVE BEEN DISMANTLED?

Under  current guidelines and with existing technologies, weapons inspectors rarely know when a warhead has been dismantled.

Inspectors rarely get full access to arsenals over concerns around military secrets.

During military treaties, to keep both sides happy, nations are willing to prove they have destroyed the weapons.

But, the destruction is often dealt to delivery systems (such as missiles or planes) and not to the warheads themselves.

For example, the U.S. cut the wings off B-52 bombers and left them in the Arizona desert, where Russia could visually confirm the airplanes’ dismemberment.

But the warheads, where the bulk of the damage is done and the plutonium is stored, may still be active and waiting for detonation.

There is currently no independent way of detecting if these have been dismantled or not.

‘There’s a real need to preempt these kinds of dangerous scenarios and go after these stockpiles,’ says Areg Danagoulian, an MIT nuclear scientist. ‘And that really means a verified dismantlement of the weapons themselves.’

Stored nuclear warheads that have not been properly dismantled could pose extreme danger if they are sold, stolen or accidentally detonated.

‘There’s a real need to preempt these kinds of dangerous scenarios and go after these stockpiles,’ says Areg Danagoulian, an MIT nuclear scientist who led the project.

‘And that really means a verified dismantlement of the weapons themselves.’

The method developed to stop these issues uses what researchers call an isotopic filter to physically encrypt the information unearthed in the analysis.

‘This encrypting filter basically covers up the intrinsic properties of the actual classified object itself,’ Dr Danagoulian explains.

The experiments that led to the breakthrough involved sending a horizontal neutron beam through a warhead.

To avoid the use of the highly-restricted plutonium, researchers instead opted to use molybdenum and tungsten substitutes as they behave similarly.

The beam’s signal is sent to a glass detector, where the data is recorded.

The test works, because the neutron beam can identify the isotope in question.

An isotope is a variation of the normal state of an element, and can become unstable due to the presence of various amounts of neutrons.

‘So you do a measurement where you have an isotopic tag, a signal which itself embeds information about the isotopes and the geometry.

‘But you do an additional step which physically encrypts it.’

The encryption process stores the data but alters some exact data, to protect any military secrets while revealing the weapon has been dismantled.

This is key in getting countries on board to willingly subject themselves to tests, the researchers say.

‘This encrypting filter basically covers up the intrinsic properties of the actual classified object itself,’ Dr Danagoulian explains.

They chose to change the physical data itself because using the laws of physics as an encryption method is more robust than that of computer, which can be fallible and fooled by hackers. 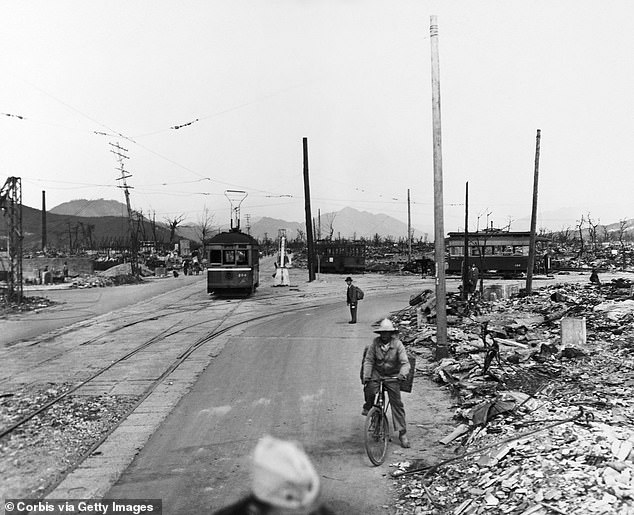 To avid the use of the highly-restricted plutonium, which was used in the ‘Little Boy’ bomb of Hiroshima (pictured) researchers instead opted to use molybdenum and tungsten substitutes as they behave similarly

Dr Danagoulian notes: ‘You could, in principle, do it with computers, but computers are unreliable. They can be hacked, while the laws of physics are immutable.’

Researchers tested the encryption to make sure the process could not be reverse engineered to undo the protection and unpick another nation’s military secrets.

His prototype is currently (15metres) long and, in future, Dr Danagoulian wants to miniaturise the apparatus and install one at all weapons sites.

The researchers published their findings in the journal Nature Communications and say far more protocols are needed to be put in place to aid the technique. 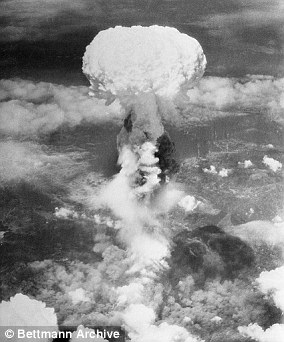 Ten years later, the longer-term effects of the bombs were being noticed, including a rise in leukaemia – a blood cancer not included in the study. 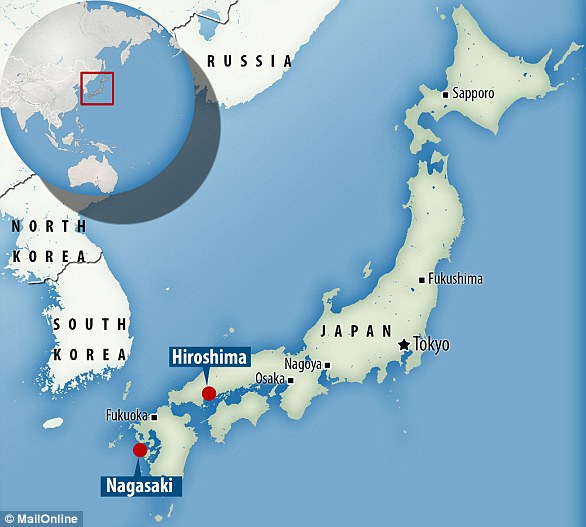 The first atomic bomb was dropped on the Japanese city of Hiroshima on 6 August 1945 by an American B-29 bomber dubbed the Enola Gay. Three days later, a second US atomic bomb killed 70,000 people in Nagasaki