Scientists develop a vaccine for the Chinese coronavirus

Scientists in Asia claim to have made a vaccine that could protect millions against the killer coronavirus that is rapidly sweeping the world.

Several countries have joined the global race for a jab, with virologists in Britain and the US working round-the-clock to create one.

Experts in Hong Kong have now announced they are hopeful a vaccine they have created will work against the never-before-seen virus.

But the team warned it will be at least one year before it could dished out to humans, with safety trials on animals and humans needed first.

It comes as world health chiefs have told of their ‘great concern’ at the fact the virus is now spreading between humans outside of China – with human-to-human transmission confirmed in Germany, as well as three countries in Asia.

More than 7,900 people have now caught the SARS-like infection, which has killed at least 170 people in China. No deaths have been recorded elsewhere.

The killer coronavirus rapidly sweeping the world has now infected every region of China and 20 other countries. The death toll is 170 and cases have soared past 7,900 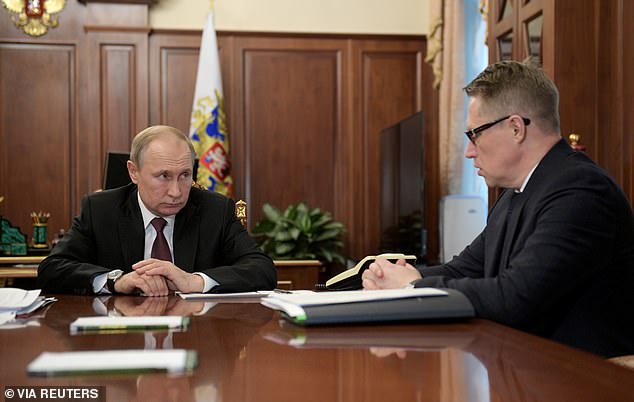 Russia has closed its border with China in a desperate bid to prevent the spread of the deadly coronavirus. Russian President Vladimir Putin listens to health minister Mikhail Murashko during a meeting on preventing the virus’ spread in Moscow on Wednesday 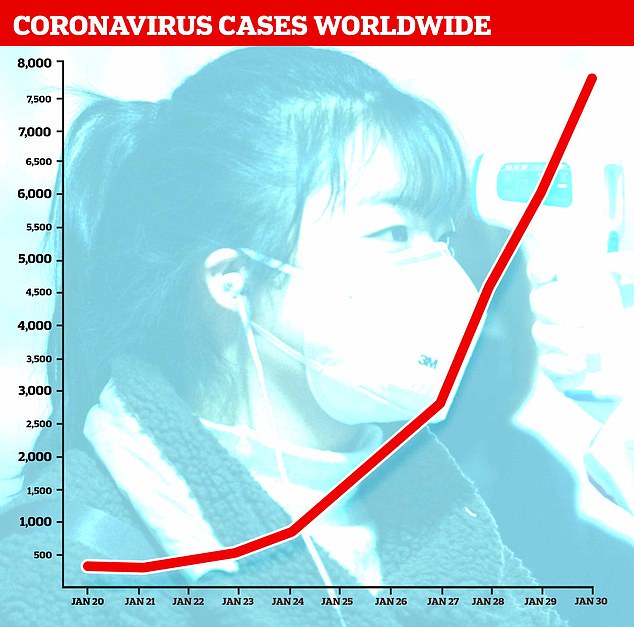 World Health Organization figures show just 2,014 patients had been struck down with the SARS-like infection by Sunday, January 26. This has now risen dramatically to 7,817, with cases in the US, Australia and Canada 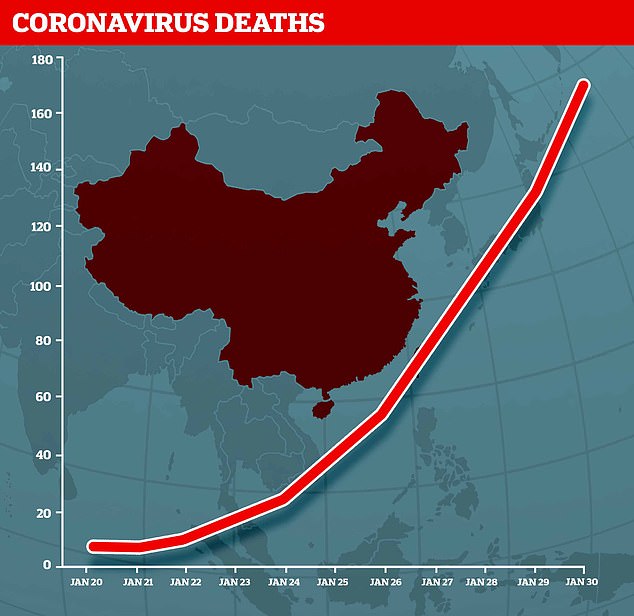 As well as a dramatic increase in cases of the never-before-seen virus, figures also show the number of deaths have spiralled. Since yesterday, deaths rose by 38, marking the biggest 24-hour jump since the outbreak began last month

WUHAN CORONAVIRUS: WHAT WE KNOW SO FAR

The virus has been identified as a new type of coronavirus. Coronaviruses are a large family of pathogens, most of which cause mild lung infections such as the common cold.

Yes – 170 people have so far died after testing positive for the virus.

The virus’s genetic sequencing was released by scientists in China and countries around the world have used this to create lab tests, which must be carried out to confirm an infection.

Delays to these tests, to test results and to people getting to hospitals in China, mean the number of confirmed cases is expected to be just a fraction of the true scale of the outbreak.

The team at the University of Hong Kong are not the only ones to be working to find a vaccine against the deadly coronavirus, still yet to be officially named.

The US National Institutes of Health announced at the weekend that it plans to begin tests of experimental jabs in April.

Facing the prospect of a pandemic, UK Health Secretary Matt Hancock is thought to have ordered an acceleration of vaccine trials.

Senior Government sources have said Britain is ‘determined to lead the world in the response to this’.

Scientists at Imperial College London are working on a vaccine which they hope to be ready for human trials in less than two months.

Infection specialist Professor Robin Shattock told the Mail on Sunday his academic team had two possible vaccines to test on animals in a fortnight.

Like other tests being developed, these are not traditional vaccines which offer the immune system a small part of virus to recognise.

Instead, they provide human cells with genetic instructions to fight the virus, which should mean they are safer and quicker to progress through trials.

Professor Shattock said: ‘We are ready to rapidly move those into human studies if somebody wants us to respond.’

The current record is for a Zika vaccine, which took seven months to go from the lab to human trials.

Doctors fear if it takes that long this time, coronavirus could already have swept the globe.

Another scientist earlier this week claimed a coronavirus vaccine she is developing could be tested on humans in two months’ time.

Dr Kate Broderick, from Inovio Pharmaceuticals in Pennsylvania, thinks her team is the closest to developing a vaccine to protect against the Wuhan coronavirus.

They are testing the jab, named INO-4800, on animals this week and hope to start human trials in eight weeks’ time.

China has shared the genetics of the virus with the World Health Organization, to allow for the rapid development of a vaccine.

And yesterday Australian experts revealed they have grown the coronavirus in a high-security lab, a major step towards finding a vaccine.

Experts at Melbourne’s Peter Doherty Institute for Infection and Immunity took a sample of the virus from the first patient diagnosed in Australia on Friday.

They worked around the clock to grow the virus on a bed of cells. The scientists will now share the virus with the World Health Organisation. 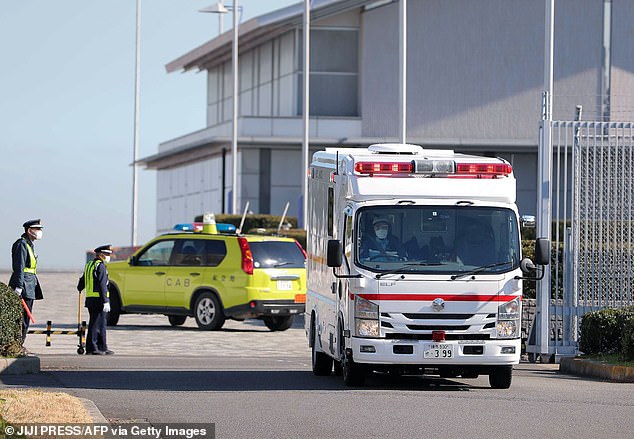 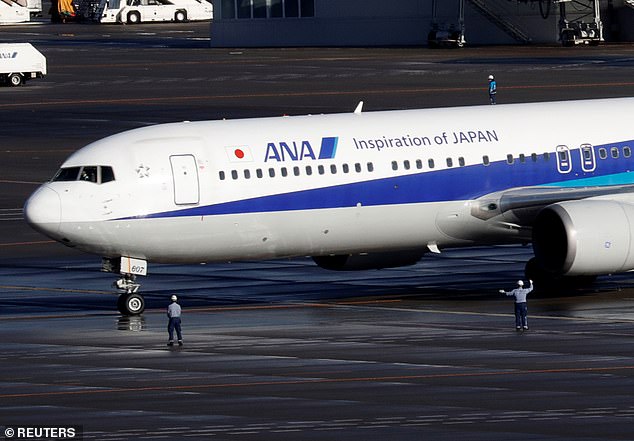 A Boeing 767 plane carrying 210 more Japanese people has landed in Tokyo today after rescuing them from Wuhan. It is the second evacuation plane to be sent for Japanese nationals 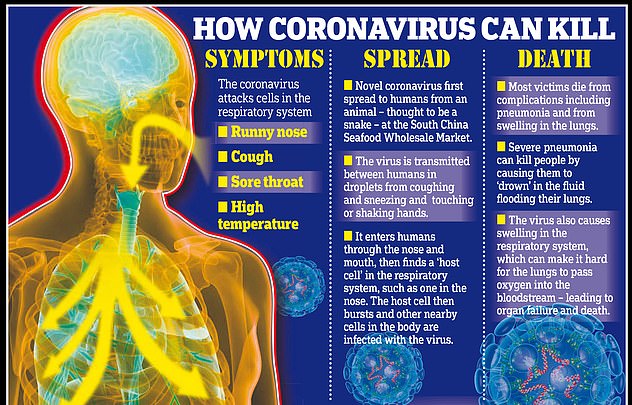 World health officials expressed ‘great concern’ yesterday that the virus is starting to spread between people outside of China.

The new virus has now infected more people in China than during the 2002-2003 SARS outbreak.

In a report published Wednesday, Chinese researchers suggested that person-to-person spread among close contacts occurred as early as mid-December.

WHERE HAVE CASES OF THE CORONAVIRUS BEEN RECORDED?

Based on the first 425 confirmed cases, the researchers estimate that each infection led to 2.2 others on average.

That’s a bit more than ordinary flu but far less than some other respiratory diseases such as whooping cough and tuberculosis.

Meanwhile, the World Health Organization’s emergencies chief said the few cases of human-to-human spread of the virus outside China were of ‘great concern’.

Cases of human-to-human transmission have been confirmed in Japan, Germany, Canada and Vietnam.

Dr. Michael Ryan spoke at a news conference in Geneva after returning from a trip to Beijing to meet with Chinese President Xi Jinping and other government leaders.

He said China was taking ‘extraordinary measures in the face of an extraordinary challenge’ posed by the outbreak.

In other developments to the outbreak today, the number of cases has jumped to more than 7,900 and 170 people have died in China.

India declared its first case, making it the 21st country or territory outside of China to do so. Finland and UAE declared cases yesterday.

Three Japanese people taken home on the evacuation flight out of Wuhan have been diagnosed with the coronavirus.

Russia has closed its border with China in a desperate bid to prevent the spread of the deadly coronavirus.

And the World Health Organization will meet this afternoon to reconsider whether to declare a global emergency.