Snow leopards are under enormous amounts of stress from rising temperatures, poaching and disappearing habitats, but scientists have come up with a new way to measure their stress levels in the wild.

The new method lets researchers collect feces in the wild from the big cat, just as they’ve done previously, mixing it with ethanol and shaking the container with two zirconia beads by hand for a couple of minutes.

Then they use a process known as immunochromatography, used in pregnancy tests, to detect hormone levels on test strips.

A smartphone app is then used to analyze the stress levels, looking for different shades of red — which represents adrenocortical stress hormones — a process akin to telehealth, but for the vulnerable mammal from anywhere in the world.

Scientists figured out a way how to measure snow leopard stress levels in the wild, analyzing their fecal matter 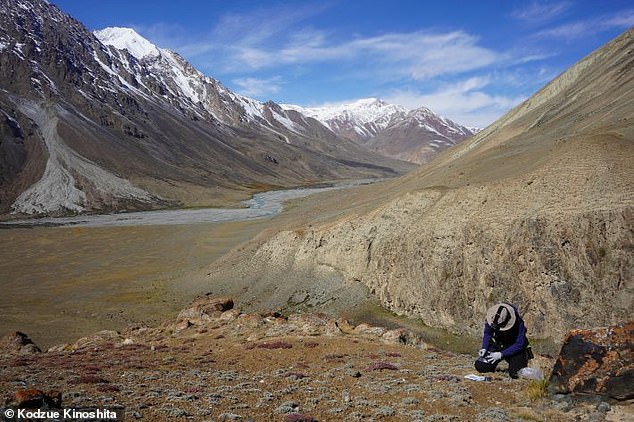 The new method has researchers collect feces, mix it with ethanol and shake the container with two zirconia beads by hand 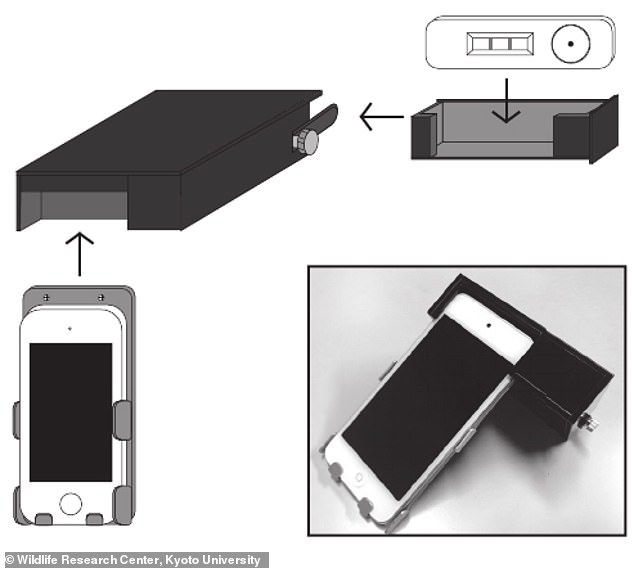 A smartphone app is then used to analyze the stress levels, looking for different shades of red — which represents adrenocortical stress hormones

‘Because conventional hormone monitoring methods require frozen and refrigerated chemical reagents, and laboratory equipment, it is almost impossible to use them on-site,’ explained the lead author of the study, Dr. Kodzue Kinoshita of Kyoto University, in a statement.

The new method removes the need for bulky equipment or specialized knowledge.

Conversely, scientists previously had to collect the fecal samples and take them back to the lab to monitor hormone and stress levels in animals in the wild, a difficult task when taking remote locations such as the Himalayas into account.

Elevated stress levels can impact snow leopard (and all animals) reproductive methods, so it’s important for researchers to understand what is going on with the vulnerable creatures.

‘Simple methods like this, will allow researchers, rangers, and zookeepers, to quickly and easily assess the stress status of snow leopards.’ Dr. Kinoshita explained.

‘Getting this insight will be useful for the management of animal welfare and conservation planning.’

Snow leopards, also known as the ‘ghost of the mountains,’ are considered ‘vulnerable’ by the International Union for Conservation of Nature.

It’s estimated there are between 4,000 and 6,500 snow leopards in the wild, according to World Wildlife Fund.

The researchers hope the new method could be applied to other species, as well as animals that live in zoos and with humans.

The study has been published in Methods in Ecology and Evolution.