Scientists may soon be able to create human brains in a lab, according to the latest research.

Researchers say in the future they could use cells from patients with Parkinson’s and Alzheimer’s to understand how they will respond to certain treatments.

Scientists have successfully grown a 3D model of the brain from human neurons, providing them with a better opportunity to study abnormal brain cells. Pictured are neurons (green), astrocytes (red) and the silk protein-collagen matrix (blue)

The model mimics structural and functional features of the brain and demonstratse neural activity sustained over a period of many months.

Scientists could populate the 3D matrix of silk protein and collagen with cells from patients with Alzheimer’s disease, Parkinson’s disease, and other conditions.

The tissue models allow for the exploration of cell interactions, disease progression and response to treatment.

The development of the models is reported today in ACS Biomaterials Science & Engineering, a journal of the American Chemical Society.

The 3D brain tissue models overcome a key challenge of the previous model which was that there was a lack of human neurons available.

This is because neurological tissues are rarely removed from healthy patients and are usually only available post-mortem from diseased patients.

These can be derived from many sources, including patient skin.

The iPSCs are generated by turning back the clock on cell development to their embryonic-like precursors.

This means they can then be dialled forward again to any cell type, including neurons. 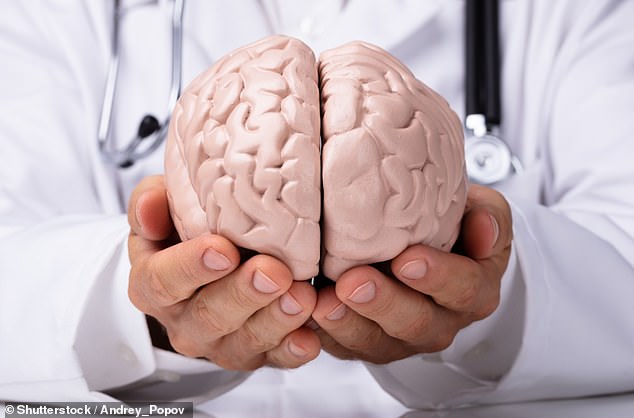 ‘We found the right conditions to get the iPSCs to differentiate into a number of different neural subtypes, as well as astrocytes that support the growing neural networks,’ said David L. Kaplan, Ph.D., Stern Family Professor of Engineering.

‘The silk-collagen scaffolds provide the right environment to produce cells with the genetic signatures and electrical signaling found in native neuronal tissues.’

‘The growth of neural networks is sustained and very consistent in the 3D tissue models, whether we use cells from healthy individuals or cells from patients with Alzheimer’s or Parkinson’s disease,’ said William Cantley, Ph.D graduate at the Sackler School of Graduate Biomedical Sciences at Tufts.

‘That gives us a reliable platform to study different disease conditions and the ability to observe what happens to the cells over the long term.’

Researchers are looking ahead to take greater advantage of the 3D tissue models with advanced imaging techniques, and the addition of other cell types.

This could create a more complete model of the brain environment and the complex interactions that are involved in signalling, learning and plasticity, and degeneration.