Drug use in the Pacific Northwest is so prevalent that scientist have found trace amounts of narcotics in the systems of sea creatures in the area.

While tracking pollution levels in the waters of Puget Sound, researches said that trace amounts of oxycodone were recently discovered in the tissues of ‘native bay mussels from Seattle and Bremerton area harbors.’

Oxycodone is a powerful narcotic used to treat severe pain and is highly addictive, possessing many of the same euphoric properties as heroine and morphine.

While tracking pollution levels in the waters of Puget Sound, researches said that trace amounts of oxycodone was recently discovered in the tissue of mussels 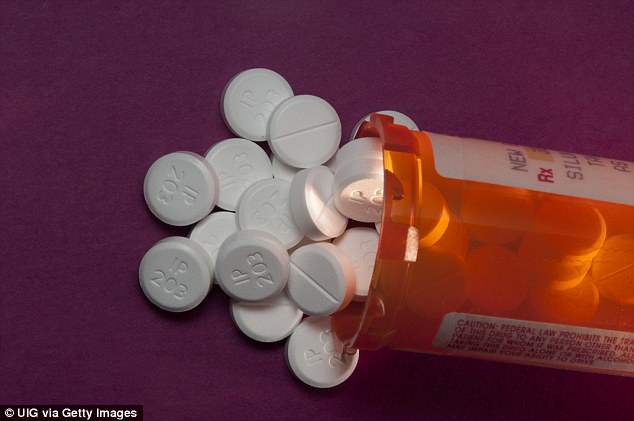 The data was gathered via the Puget Sound Mussel Monitoring Program, which transports uncontaminated mussels from nearby Whidbey Island to ‘highly urbanized’ areas away from any commercial shellfish beds.

The program was conducted by researchers at the Puget Sound Institute, an arm of the University of Washington, and the Washington Department of Fish and Wildlife.

‘Mussels, which are filter feeders, concentrate contaminants from the local marine environment into their tissues,’ explains managing editor of the Puget Sound Institute, Jeff Rice, who posted a recent analysis of the findings.

As human beings dispose of biological waste into the surrounding environment, the mussels use the discarded material as a source of nutrition and sustenance. 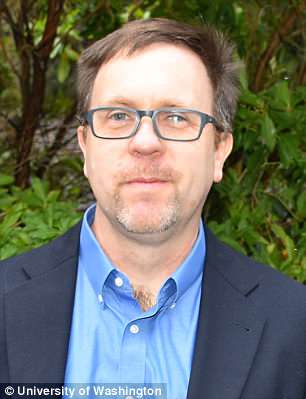 managing editor of the Puget Sound Institute, Jeff Rice (Pictured), said that the mussels are ‘filter feeders’ and consume particles present in the environment

Rice said that after two to three months at the transplant site, data showed that oxycodone present in the marine creatures ‘were thousands of times lower than a therapeutic dose for humans.’

Although not enough to have an affect on the mussels of Puget Sound, Rice said the real concern was for fish in the area which are known to respond to opioids.

Researchers at the University of Utah have recently shown that zebrafish will willingly dose themselves with opioids, and scientists believe other types of fish like salmon may have a similar response.

It is not unusual to find pharmaceuticals or narcotics like cocaine in the systems of mussels, according to the Puget Sound Institute, but Rice said this was the first time opioids have been discovered in the freshwater creatures.

‘Those are definitely chemicals that are out there in the nearshore waters and they may be having an impact on the fish and shellfish that live there,’ Lanksbury said, adding ‘What we eat and what we excrete goes into the Puget Sound.’