Scientists plan to change the common names of plant, insect and animal species

Many common names for species of plants, animals and insects, including the gypsy moth and Scott’s oriole, have been dubbed ‘racist’ by scientists who want a change.

In July the Entomological Society of America (ESA) removed the term ‘gypsy’ from the names of a moth and ant due to the fact it is seen as a slur for Romani people.

The association have since launched a public call for alternative common names for the moth Lymantria dispar and ant Aphenogaster araneoides.

Many species were named by early naturalists and explores for the things around them, people making a mark at the time and using terms acceptable to them.

‘We can choose language that reflects our shared values,’ Jessica Ware, president-elect of ESA told ScienceNews, speaking of the Better Common Names Project.

It already prohibits new names that ‘perpetuate negative stereotypes’ and is asking for public input on which existing names should be changed in the future.

These new rules were set out by the Entomological Society of America under their Better Common Names program.

Birder and citizen of the Cherokee Nation, Stephen Hampton, told ScienceNews Scott’s oriole, among others, should be renamed.

This is due to the fact it is named after Winfield Scott, an 19th Century US military commander that drove Native Americans from their land in a march that led to thousands dying.

So far over 80 ‘insensitive names’ have been noted by the Better Common Names Project.

Ware says the goal is to have ‘everybody included’ in the new naming system and remove offensive names from the list.

In the case of the ‘Gypsy moth’, says it is encouraging people to refer to the insect by its Latin name, Lymantria dispar, until it can review the more than 100 proposals for a new moniker.

Species have a given scientific name, stylised in Latin, but from the early 20th Century scientists started giving plants, insects and animals a common name.

This was done to bridge the communications gap with people who don’t study the species, to bring more attention to them.

However, according to ESA ‘not all common names accepted over the past 120 years align with the goal of better communication,’ due to racist connections.

Some of the names given to species have already been changed, like the jewfish, renamed to the Goliath grouper in 2001 after a petition citing its offensiveness.

ESA says their library includes names that contain derogative terms, names for invasive species with inappropriate geographic references and names that ‘inappropriately disregard what the insect might be called by native communities.’

‘These problematic names perpetuate harm against people of various ethnicities and races,’ a spokesperson for the association said. 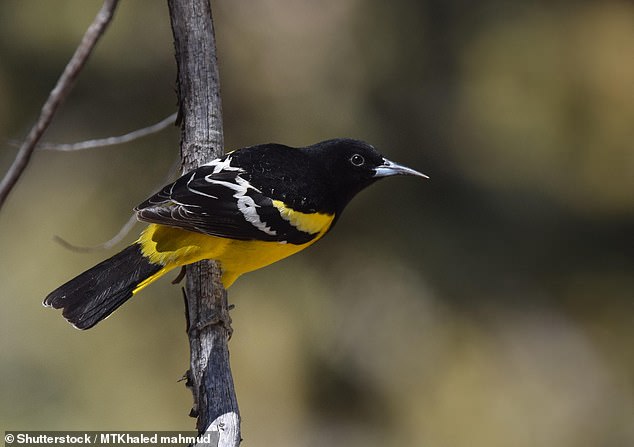 Birder and citizen of the Cherokee Nation, Stephen Hampton says Scott’s oriole (pictured), should be renamed due to the fact it is named after Winfield Scott, an 19th Century US military commander that drove Native Americans from their land

Adding that they ‘create an entomological and cultural environment that is unwelcoming and non-inclusive, disrupt communication and outreach, and counteract the very purpose of common names.’

For example, a number of scorpion, fish, birds and flowers have the label Hottentot, which is a term of abuse for the Khoikhoi people of southern Africa.

Other names venerate people who, by modern standards wouldn’t be considered viable candidates to give their name to a common species.

Bachman’s sparrow, endemic to the southeastern US, is named after Lutheran minister and naturalist John Bachman. 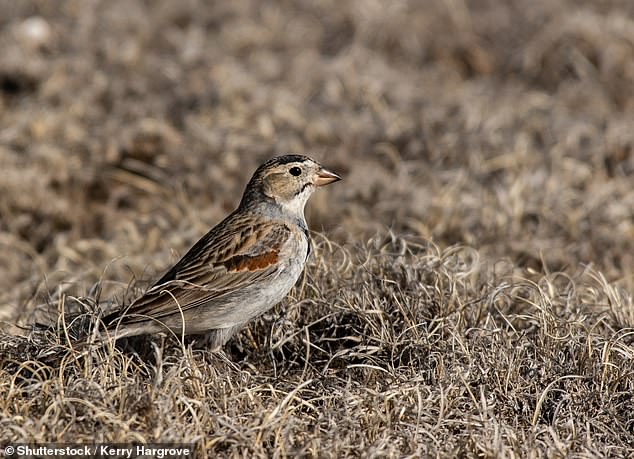 One example of this change already happening is in the form of the McCown’s longspur, named for Confederate general John P McCown originally, and now simply known as the thick-billed longspur, after its thick bill

SOME SPECIES NAMES HAVE ALREADY BEEN CHANGED

McCown’s longspur – named for Confederate general John P McCown was changed to thick-billed longspur in 2021, named for its thick bill.

The jewfish – was renamed in 2001 to the Goliath grouper after a petition drew attention to its offensiveness.

Squawfish – was once the name given to four species that are now known as Pikeminnow, changed in 1998 as squaw is an offensive term given to Native American women.

However, despite ministering to slaves as a clergyman and declaring black and white people are the same species, he was a slave owner who defended the practice.

‘Blacks and Native Americans would have always been opposed to these names,’ Hampton told ScienceNews.

In fact, bird names in general seem to be among the most problematic with a specific campaign called ‘Bird Names for Birds’ launching in 2020 to switch to more descriptive common names.

‘It’s not a be-all-end-all solution,’ Robert Driver from East Carolina University told ScienceNews, but said that beyond removing difficult names, would be a useful ‘consideration for everyone who’s out there with binoculars.’

The murder of George Floyd and subsequent protests, seems to have spurred change, with the American Ornithological Society now considering someone’s role in ‘reprehensible events’ a valid reason to revise the name of a bird.

One example of this change already happening is in the form of the McCown’s longspur, named for Confederate general John P McCown originally, and now simply known as the thick-billed longspur, after its thick bill.

Hampton says the Scott’s oriole should be next, suggesting it should instead be known as the yucca oriole as they are the plants it is most associated with.

But the process of changing bird names is on hold while the ornithological society considers a new name-changing process.

Mike Webster, Cornell University ornithologist and president of the society said they were ‘committed to changing these harmful and exclusionary names.’

Ware says it is important to get it right, adding it ‘uncomfortable now,’ but doing it correctly ensures it ‘only happens once’ and names are built to last.

Details about the Better Common Names project are available from the Entomological Society of America.