Mini-organs grown in the lab by robots could be the next ‘secret weapon’ in the fight against disease, researchers say.

Scientists have developed a system to automate the production of organoids from human stem cells, using liquid-handling robots that, unlike humans, don’t ‘get tired and make mistakes.’

A team in the US has demonstrated how the system can successfully introduce stem cells into plates containing hundreds of wells, to cultivate thousands of miniature kidneys in less than a month.

Scientists have developed a system to automate the production of organoids from human stem cells. A microwell plate containing kidney organoids grown by the robots is shown above. Red, green, and yellow colors show different segments of the kidney

Robots are also able to analyze their creations to identify the different types of cells present in the organoids.

‘This is a new “secret weapon” in our fight against disease,’ said Benjamin Freedman, a scientist at the University of Washington’s School of Medicine.

‘Ordinarily, just setting up an experiment of this magnitude would take a researcher all day, while the robot can do it in 20 minutes,’ Freedman says.

‘On top of that, the robot doesn’t get tired and make mistakes. There’s no question. For repetitive, tedious tasks like this, robots do a better job than humans.’

In the study, a robotic system was used to grow kidney organoids from pluripotent stem cells, which can become any type of organ.

Organoids in many ways can behave like the organ they’re designed to replicate, making them an important tool for biomedical research.

The robots were able to introduce the stem cells into plates containing as many as 384 microwells.

And, over the course of 21 days, they nurtured them into kidney organoids.

The team also used an automated system called single cell RNA sequencing to identify the cells in the mini-organs, revealing exactly what each one is made up of. 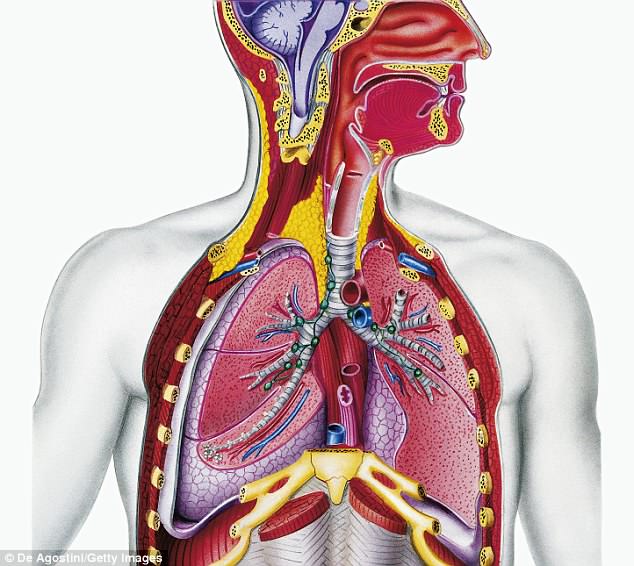 In the study, a robotic system was used to grow kidney organoids from pluripotent stem cells, which can become any type of organ. File photo

CAN SCIENTISTS GROW HUMAN ORGANS IN THE LAB?

Human transplants traditionally require the donated organ of a living or deceased owner.

The recipient and the donor must have very similar tissue types as to ensure the organ is not rejected.

Whilst experts try to minimise this risk, organs can fail post-operation for a variety of reasons.

However, certain operations that move a person’s tissue to another part of their body in a process called a muscoskeletal graft rarely ever fail.

For example, in a knee reconstruction ligaments and tendons can be taken from other areas of the same patients body without fear of rejection.

For entire organs this is obviously impossible, but researchers are applying the same principle.

By using stem cells taken directly from the patient, scientists can develop these cells into cultures that are genetically identical to the patient.

Currently, the technology is in its infancy and the cell cultures remain simple.

However, as the field progresses there have been a number of notable moments.

A young boy was cured of his skin condition with artificial skin that was grown in a lab and then applied to his body.

Mice with excess cartilage have been grown to produce human ears and scientists have succeeded in growing cruelty-free meat from lab cultures.

Whilst still developing, the technology show promise for future treatments.

‘We established that these organoids do resemble developing kidneys, but also that they contain non-kidney cells that had no previously been characterized in these cultures,’ said Dr. Jennifer Harder, assistant professor of internal medicine, Division of Nephrology at the University of Michigan School of Medicine.

‘These findings give us a better idea of the nature of these organoids and provide a baseline from which we can make improvements,’ Freedman said.

‘The value of this high-throughput platform is that we can now alter our procedure at any point, in many different ways, and quickly see which of these changes produces a better result.’

The new techniques have allowed researchers to boost the number of blood vessel cells in their mini-organs, making them more like the real thing, and search for drugs that could affect disease.