The Church of Scientology has argued that they should be able to handle sexual assault allegations against That 70s Show actor Danny Masterson through ‘religious arbitration’ instead of in court.

Four women, including two ex-girlfriends, filed a lawsuit against Masterson in California last year claiming the actor drugged, raped and sexually assaulted them in the early 2000s.

The Church of Scientology is also named as a defendant in the lawsuit after the women claimed they were stalked and harassed by the church in a bid to silence them after they complained.

Masterson is a member of the church while some of women were members around the time of the alleged assaults.

In new court papers filed on Tuesday, the church argued that the women consented to ‘ecclesiastical rule’ when they became members and therefore relinquished their rights to sue.

Four women, including two ex-girlfriends, filed a lawsuit against That 70s Show actor Danny Masterson in California last year claiming he drugged, raped and sexually assaulted them in the early 2000s

The court documents, obtained by the Hollywood Reporter, argues that the church should be allowed to handle the case internally because of the Federal Arbitration Act.

‘Under the Free Exercise and Establishment Clauses of the United States and California Constitutions the Church may establish its own rules governing its relationship with its members exempt from civil law,’ the court papers state.

‘The Church’s ecclesiastical arbitration is a condition of participating in Scientology services. This Court may not interfere with this condition by imposing civil rules for arbitration. The Church’s arbitration agreements, as written and agreed to, must be enforced.’

In the court papers, the church claims the women signed agreements when they became members.

They agreed to relinquish their right to sue the church or church employees, according to the court documents.

The agreement allegedly stated: ‘I am forever abandoning, surrendering, waiving, and relinquishing my right to sue, or otherwise seek legal recourse with respect to any dispute, claim or controversy against the Church, all other Scientology churches, all other organizations which espouse, present, propagate or practice the Scientology religion, and all persons employed by any such entity both in their personal and any official or representational capacities, regardless of the nature of the dispute, claim or controversy.’

It stems from a lawsuit filed by the women against Masterson and the Church of Scientology in August last year.

Two of the women named in the suit were Masterson’s ex-girlfriends – Chrissie Bixler and Bobette Riales – while the other two were only been identified as Jane Does. 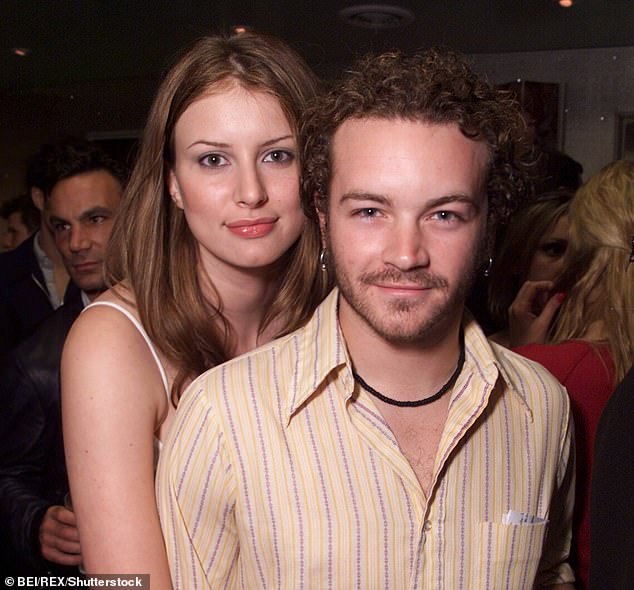 Chrissie Bixler dated Masterson for several years and claims he would forcefully have sex with her and became violent when she refused. She says her dog mysteriously died after she reported him 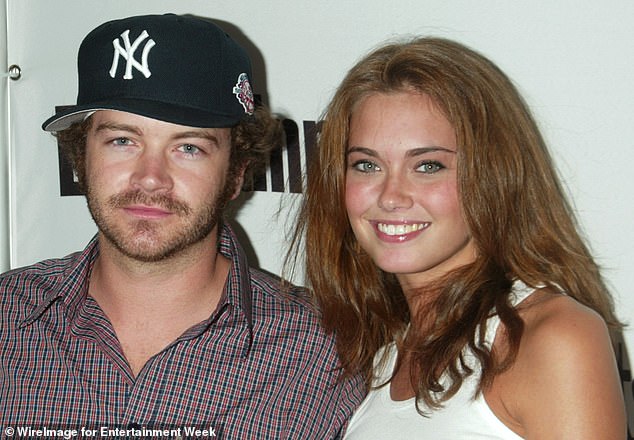 Bobette Riales, who dated the actor for two years from 2002, claims he drugged and sexually assaulted her.  She claims she was followed, watched and had her trash stolen after going to the police with her allegations against Masterson in 2017

The women claim that when they came forward to report the sexual assault allegations against Masterson, the church allegedly conspired to stalk, harass, invade their privacy and cause emotional distress in a bid to intimidate and silence them.

The church and Masterson have denied those allegations.

In the initial lawsuit, Bixler said she dated Masterson for several years and joined Scientology ‘per his orders’.

She claims Masterson would regularly force her to have sex with him and says he ‘became violent’ when she refused, citing one occasion when he dragged her naked across their bedroom floor while berating her appearance.

Bixler claims that after the incident she was required to do an ‘ethics program’ where she told a church employee about Masterson’s alleged abusive behavior.

She said the employee told her it was her job as Masterson’s girlfriend ‘to give him sex whenever he wants it’ and that if she complied ‘these things wouldn’t happen’, according to the suit.

After coming forward with her allegations, she claims her dog mysteriously died from unexplained traumatic injuries to her trachea and esophagus.

According to the suit, Bixler claims she was also run off the road in June by a car that had been following her. In the same month, Bixler claims one of Masterson’s friends threatened to release nude photos of her taken when she was underage.

Another woman in the suit, Bobette Riales, claims she experienced similar threats, including being followed, watched and having her trash stolen after going to the police with her allegations against Masterson in 2017.

Riales claims Masterson, who she dated for two years from 2002, drugged and sexually assaulted her. 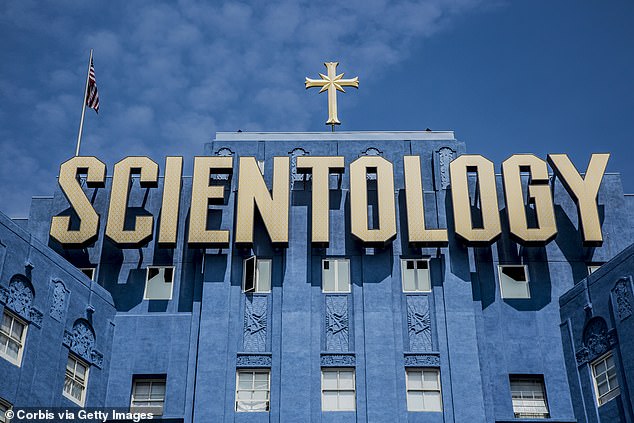 In new court papers filed on Tuesday, the church argued that the women consented to ‘ecclesiastical rule’ when they became members and therefore relinquished their rights to sue

The other two women, who have not been identified, claim they experienced Masterson and his alleged abuse between 1999 and 2002.

Jane Doe 1 claims she may have been drugged by Masterson after he gave her two drinks and ended up alone in his guestroom where she fell asleep. She claims she woke up to Masterson having sex with her and fought him off.

A few years later, Jane Doe 1 said she again felt disoriented after having a drink given to her by Masterson. She claims she passed out and woke up to the actor raping her.

Jane Doe 1 claims she reported the incident to the LAPD on June 6, 2004, but said the Church of Scientology ‘mobilized’ against her to ensure no charges were filed.

The other woman, Jane Doe 2, claims she also felt disorientated after having a drink given to her by Masterson. Jane Doe 2, who was a member of the church since childhood, claims Masterson sexually assaulted her in the shower and in his bedroom.

Jane Doe 2 said she knew from Scientology that she would ‘not be permitted to report the assault to civil authorities outside of Scientology’ so she did not disclose the alleged incident to the LAPD until 2017.

Since reporting it, Jane Doe 2 claimed her phone and computer were hacked, her car was vandalized and she received harassment on social media.

Masterson has repeatedly denied all the accusations against him since they first came to light in 2017.

Netflix fired him from its show The Ranch after the LAPD confirmed they were investigating the allegations.

Masterson is best known for his role on That 70s Show.