Scooter flips family of three on busy road in China

Video footage has caught the moment a broken scooter ‘runs away’ from its owner during a traffic collision with a car.

The scooter was carrying the owner’s wife and child at the time however they were unhurt in the incident.

In the footage, the scooter can be seen running away from its owner down the street

In the footage posted online, the scooter can be seen with three people on it.

All of a sudden, a car pulls out in front of them and the two vehicles collide. The scooter flips and the riders fall to the floor.

The rider had tried to apply the brakes however was too late.

Upon seeing the crash, the driver of the sedan car pauses before then fleeing the scene. 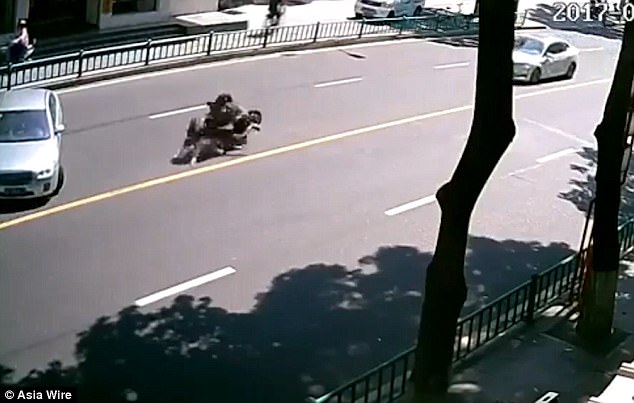 All of a sudden, a car pulls out in front of them and the two vehicles collide 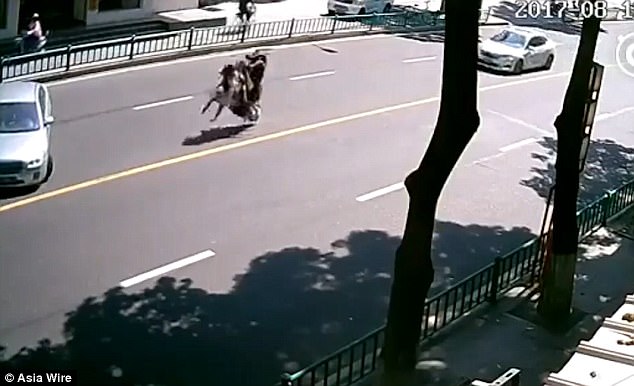 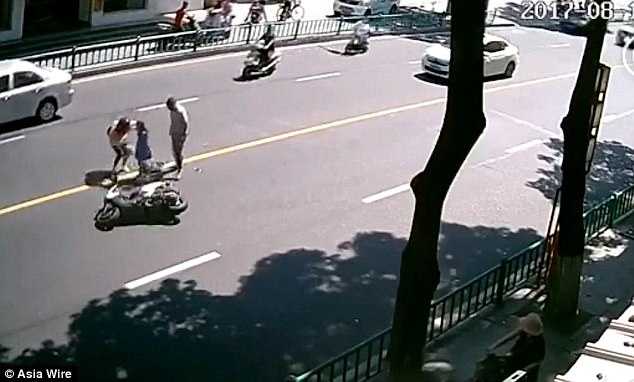 The mother and daughter were not injured in the incident.

The scooter driver can be seen trying to pick his scooter off the ground when all of a sudden it starts to speed away.

Despite his best attempts, the scooter runs away from him before it then crashes into another car.

It’s unclear what happened to the sedan driver.