‘Scorchy’ Greta Scacchi, 62, happy to ‘just be a character’ instead of ‘the beautiful one’

‘Scorchy’ Greta Scacchi, 62, happy to ‘just be a character’ instead of ‘the beautiful one’ – as she stars as a widowed English nurse in crime-busting series Darby And Joan

She earned the nickname ‘Scorchy Scacchi’ for performing raunchy nude scenes back in her heyday.

But more than 30 years on, actress Greta Scacchi is relieved that she no longer feels the pressure of having to look good.

The Italian-Australian actress, 62, said she can now ‘just be a character’ instead of ‘the beautiful one’.

Speaking to Weekend magazine, she said: ‘I’m quite happy being there, at that age, myself. It’s been a relief for the last 20 years not to have pressure on me to be the beautiful one. Now I can just be a character.’

She said she was glad to have a part that ‘doesn’t need me doing cartwheels pretending to be younger’ and added that the 50-plus age group is no longer being ‘starved of attention’ on screen.

Miss Scacchi is famed for a topless scene with Charles Dance in White Mischief and appearing naked in films including Heat and Dust, and A Man in Love.

She said she found turning 50 ‘liberating’, but admitted to once viewing anyone over 40 as a ‘disgrace’. ‘I remember when I was 25, I used to think anyone over 40 was a disgrace and wonder if people didn’t realise how off-putting they were,’ she said.

‘Then I turned 50 and discovered there’s something very liberating about realising you have more of your life behind you than ahead of you. It helps you see your priorities.’ 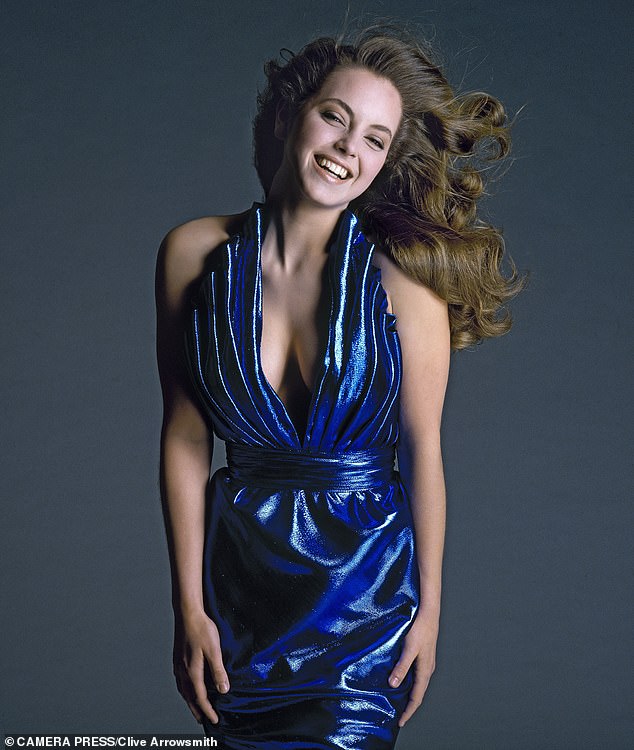 Miss Scacchi has previously spoken out on the taboo around ageing in showbusiness and once revealed that a director failed to recognise her from her younger days.

Speaking to the Mail On Sunday, she said: ‘That was a low point. To be unrecognisable as yourself is disturbing.’

Miss Scacchi was in a four-year relationship with Italian-American actor Vincent D’Onofrio. The couple have a daughter, the actress Leila George, who is 30.