A Long Island man pleaded guilty last week to terrorizing his ex-girlfriend by posting her information on prostitution sites and mailing drugs to her university address after they broke up last year.

Thomas Traficante, 23, entered the guilty plea in federal court on Thursday to cyberstalking and possession of illegal drugs as part of a two-month harassment campaign against his ex-girlfriend.

On three occasions Traficante sent drugs to the young woman’s address at the State University College at Geneseo, according to the Democrat and Chronicle.

Thomas Traficante (pictured), 23, of Long Island, has pleaded guilty to posting his ex-girlfriend’s information on prostitution sites and mailing drugs to her unversity address after they broke up last year

Two of the mailings contained cocaine, and one of them contained methamphetamine.

He posted her phone number on backpage.com under a category known for prostitution solicitation. She told authorities that she received dozens of calls from men seeking sex.

In the plea, Traficante also admitted to sending the victim a screen shot of her location and asking ‘where she was’. 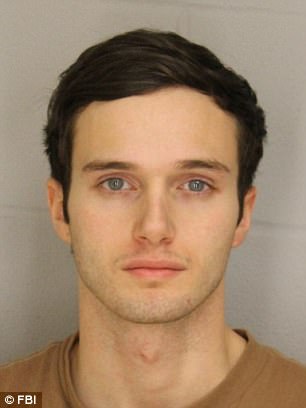 He also admitted to sending ‘numerous threatening text messages to the victim and her classmates and her housemates’.

Traficante sent the first threatening text message to his ex-girlfriend and her Sigma Kappa sorority sisters on November 10.

‘its [sic] not safe out there tonight kappas [sic],’ the message read.

Another message read: ‘There are various people among different orgs who have hurt me. My plan is to hurt them.’

According to the Democrat and Chronicle, about a dozen Sigma Kappa sisters at the university told authorities they received the message.

The sisters said they ended up changing their plans on November 10 and postponed their event after they received the text.

Authorities said at the time that Traficante sent another text about 24 hours later.

‘glad [sic] you all mostly took my advice last night, but moving it forward one night doesn’t make kappas [sic] or their dates any safer. I mean no harm, im [sic] not the threat, but harm is coming,’ the message read. 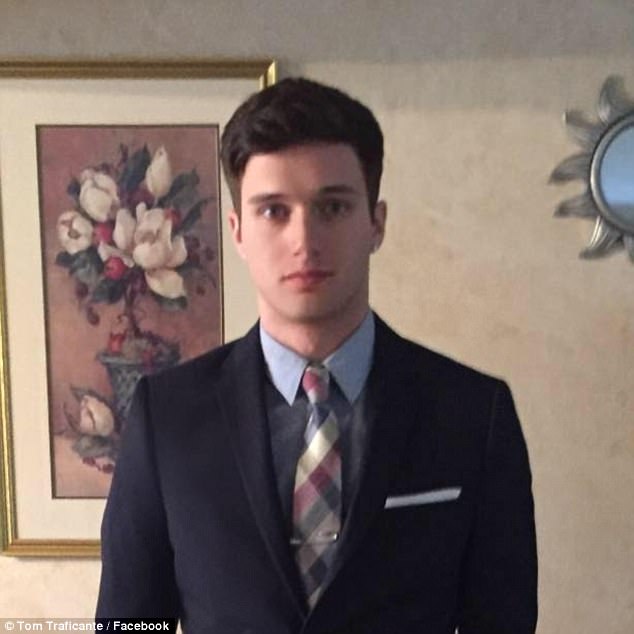 Traficante (pictured) posted her phone number on backpage.com under a category known for prostitution solicitation. She told authorities that she received dozens of calls from men seeking sex 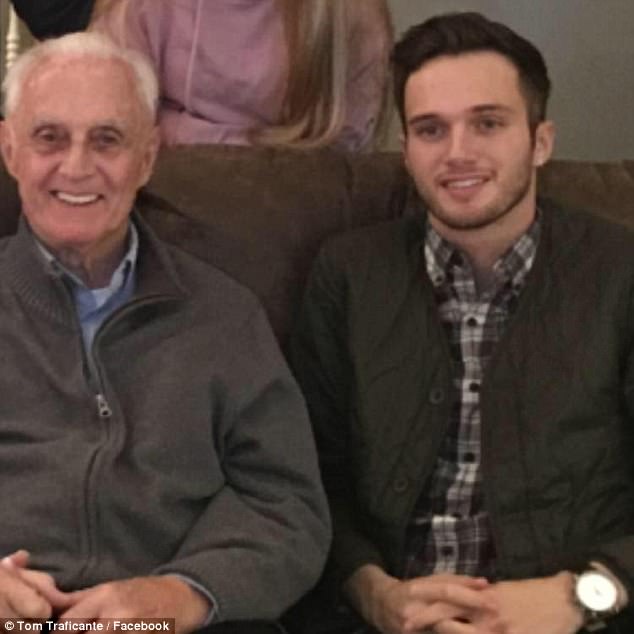 Traficante and his girlfriend had broken up shortly before the harassment started. Officials said Traficante, who did not attend SUNY Geneseo, did most of the harassment from downstate.

University police checked on the telephone number that had a 585 Rochester-region area code, but found that it was generated by an online service and not linked to a mobile phone.

He was arrested in December and charged with cyberstalking and threats.

When Traficante sent his ex-girlfriend cocaine, he then alerted campus police to the shipment in hopes she would be arrested.

An affidavit from FBI Special Agent Barry Couch said at the time that ‘local police searched the sorority members’ house and reported the sorority sisters were extremely concerned and scared for their safety after receiving a text that read: ‘I’m in the house.’

Within a week after calls and texts, Traficante’s former girlfriend discovered that someone had posted her contact information on the prostitution website. His ex-girlfriend said she received dozens of calls from men soliciting sex.

In early December, university police subpoenaed information about the telephone number that was the source of the texts and were led to Traficante’s Long Island home address.

The FBI found a semiautomatic AR-15, one that he legally owned, during a search of his home, according to media reports.

Under his plea agreement, his recommended sentence is between 30 and 37 months.

Traficante is now awaiting sentencing, which is expected in several months. 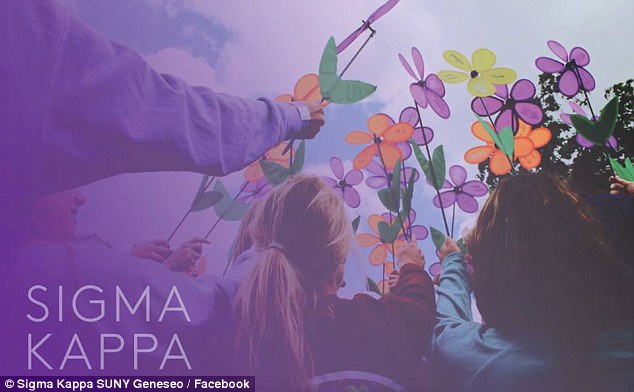 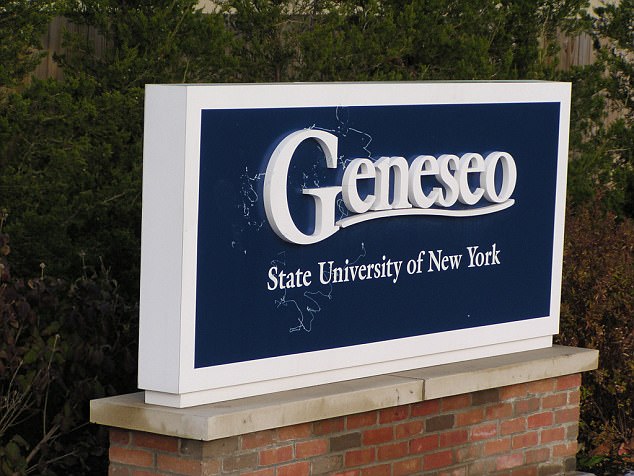 Officials said Traficante, who did not attend SUNY Geneseo (file image), did most of the harassment from downstate