By Craig Hope At Hampden Park

The locals had hoped this would be another night for the ages in Glasgow, when sore throats would be followed by sore heads and one joyous stagger closer to a first World Cup in 24 years.

As it is, who knows when, if at all, Scotland will face Ukraine in their play-off semi-final. In its place was a friendly with Poland, a non-event before Kieran Tierney’s second-half header, later cancelled out by Krzysztof Piatek’s injury-time penalty.

At least the Poles will learn their World Cup fate next week. For Scotland, the wait goes on, and this was a reminder of what non-competitive football can feel like. It was a case of before the Lord Mayor’s show, whenever that may be. 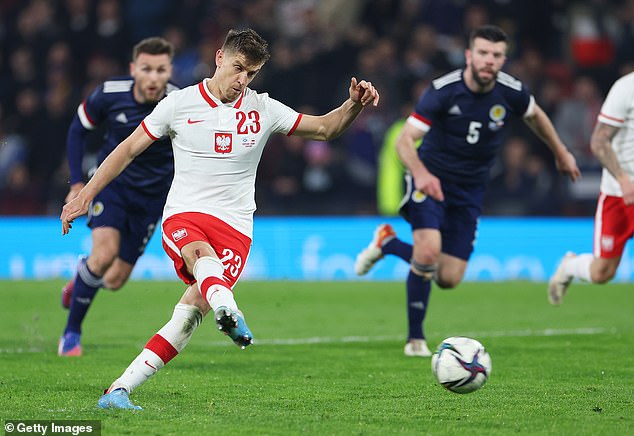 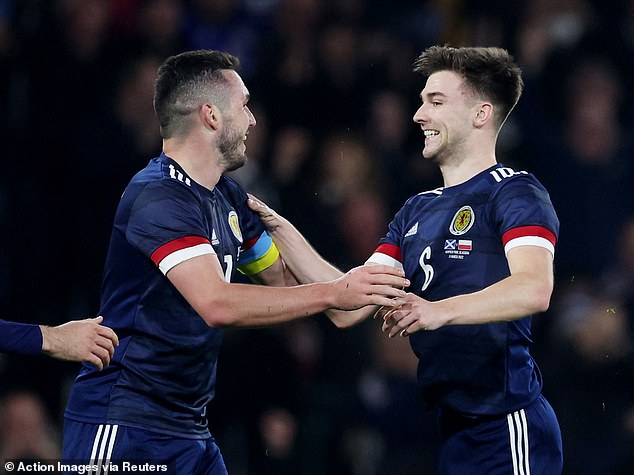 To think, the last match here was a raucous disposal of Denmark, climaxing six straight victories to book a play-off berth. Instead, Hampden Park was largely subdued until the moment of Tierney’s 68th-minute intervention, a cute glancer from John McGinn’s inviting free-kick.

But Poland, who kept Robert Lewandowski on the bench, clearly had both eyes on Tuesday’s play-off final against Sweden. On a strangely sodden pitch, they paddled through the motions, only nicking a draw after Piatek dived under a challenge from goalkeeper Craig Gordon in the 94th minute.

Scotland boss Steve Clarke said: ‘I think it’s a penalty decision for a friendly game, and that’s the best way to leave it. It’s disappointing but it’s not the end of the world. 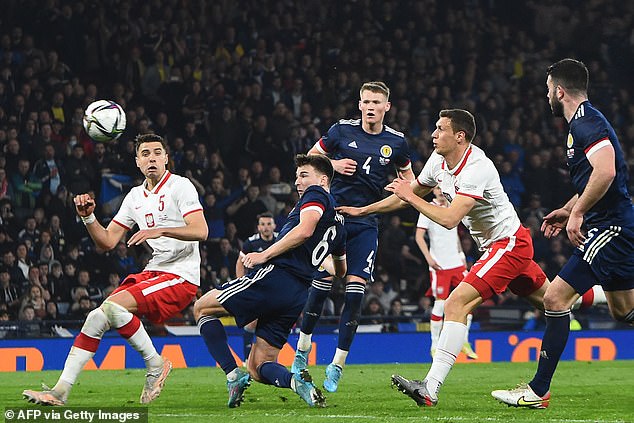 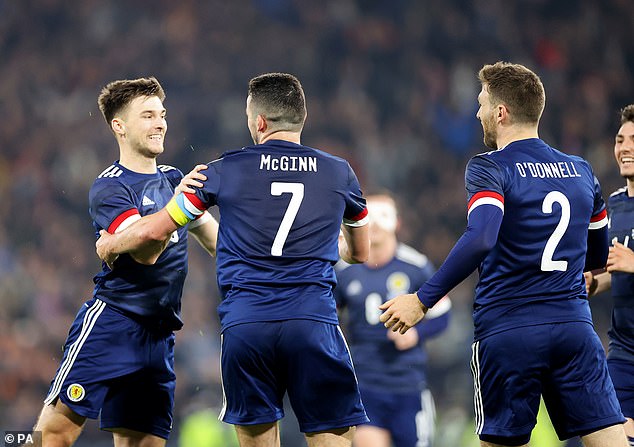 ‘I was pleased, I thought we were good. We have been consistent the last year with how we want to play and I got some good work into the players.’

Clarke, in fairness, named his strongest available XI in a bid to maintain momentum. Everton defender Nathan Patterson has played just 45 minutes since joining from Rangers in January. Hopefully for him Frank Lampard was watching, because one mazy run and strike – forcing a fine save at 0-0 – was far more purposeful than most of what we have seen at Goodison Park in recent months.

Billy Gilmour was busy and impressive as ever in midfield, but one goal-line block was his most telling contribution and would have helped extend Scotland’s winning run, if not for Piatek’s late deception.