Scotland’s Home of the Year is revealed: Unassuming croft house in Stornoway that lay empty for 40 years beats an ultra-modern eco-home and Edinburgh period property to take the top prize

An early 20th Century croft house in the Western Isles has been crowned the winner of Scotland’s Home of the Year 2022.

The two-bedroom house in New Tolsta, Stornoway, on Lewis, which is owned by artist Tom Hickman, beat out properties in Kirkwall, Edinburgh, Kippen, Rhu and Hawick to earn the title, awarded by the BBC Scotland property show.

Before Mr Hickman bought the property in 2006, it had lain empty for almost four decades.

The artist spent 15 years decorating the traditional two-up, two-down, which has a kitchen, living room and bathroom on the ground floor and two bedrooms upstairs, creating a vibrant interior, despite the home’s grey, somewhat unassuming exterior.

The master bedroom in the winning home; the Lewis property, a two-up, two-down, has two bedrooms 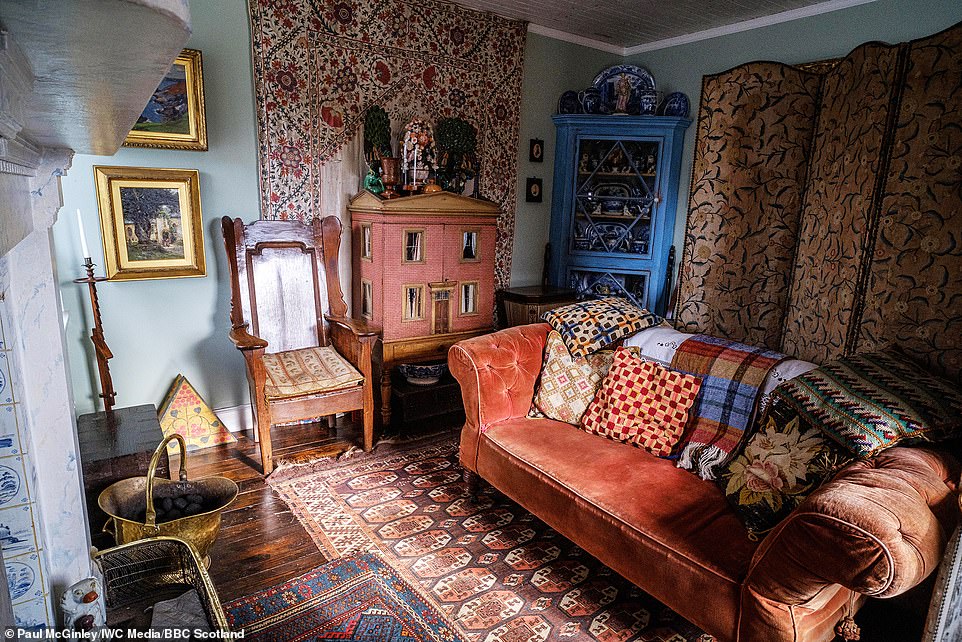 The living room in the winning home is another quirky space. The artist has mixed textures, colours, and patterns for an eccentric look 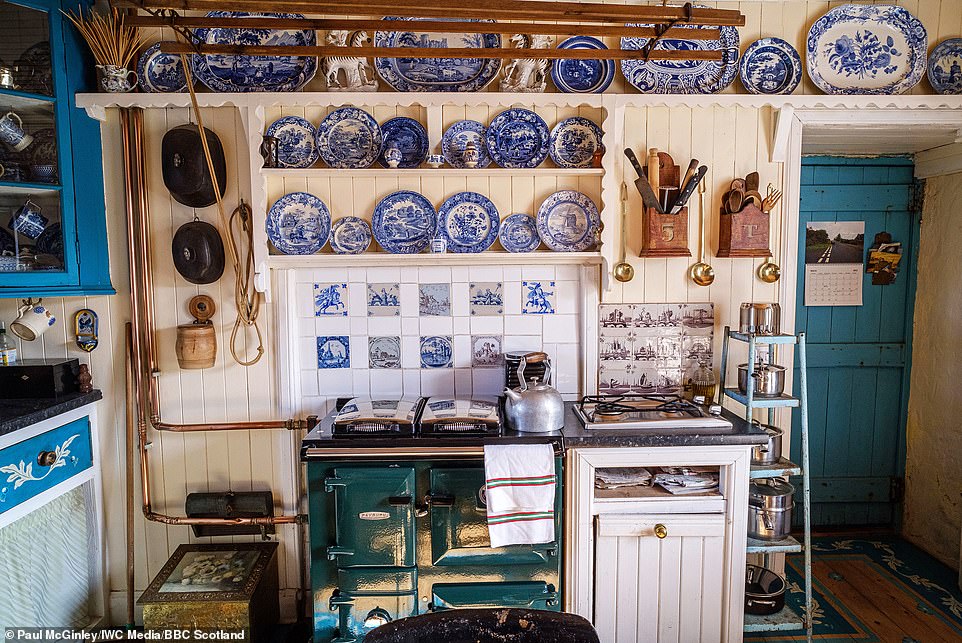 The kitchen in the winning home is filled with traditional items like the stove and crockery, put together in in the artist’s quirky style 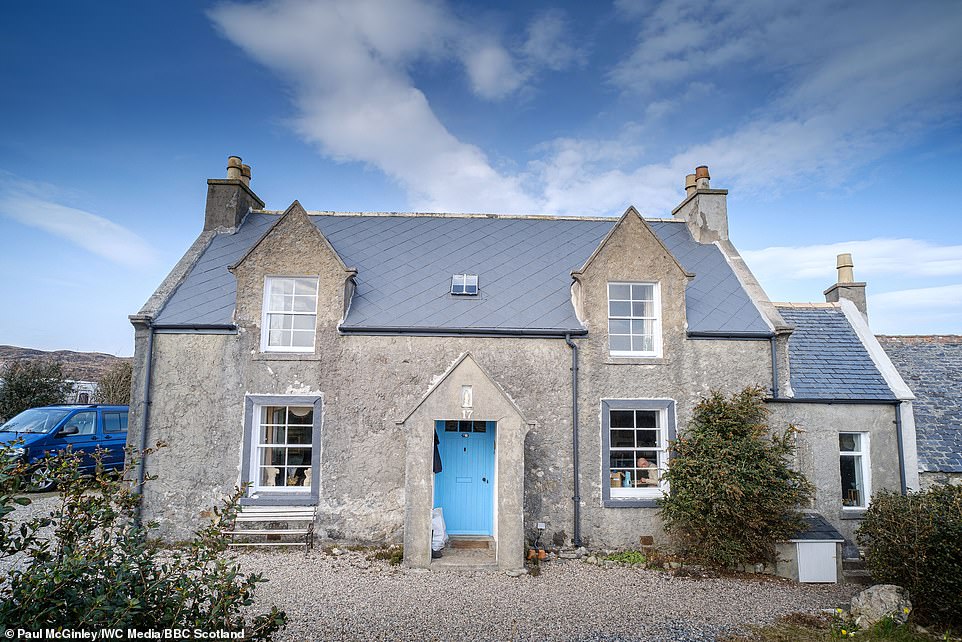 The home has an unassuming exterior, and owner Tom Hickman said he was glad the judges didn’t ‘judge a book by its cover’ when they saw it

According to Mr Hickman, who has filled the house with his paintings and other artwork, which includes embroidered pieces, he was surprised by the win.

He said: ‘Well I have to admit it does bring an unexpected smile – winning is not something I’m used to.

‘I’m certainly surprised, but way down deep somewhere there is a little voice saying ‘At last’. As artists, we are all our own worst critics, so yes, it’s nice to receive praise.’ 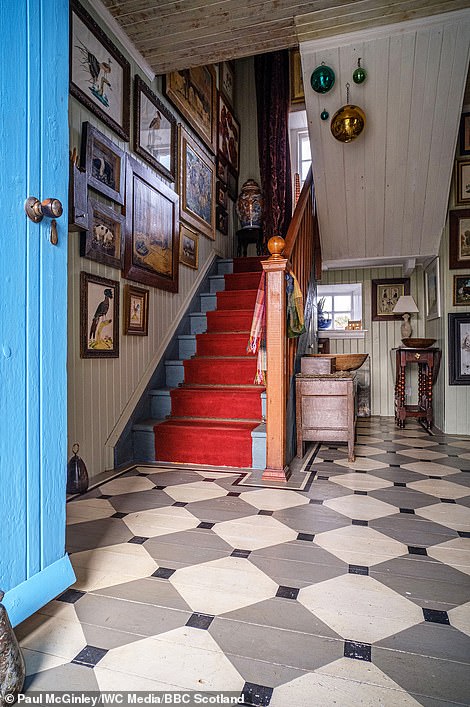 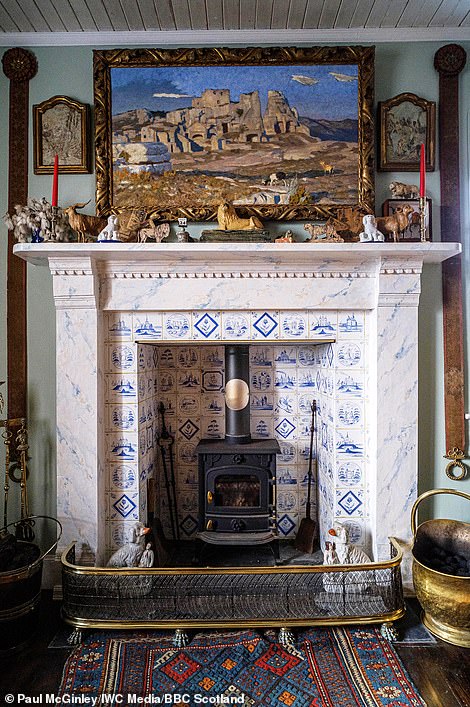 Inside the winning home: Artist Tom Hickman bought the property in 2006, after it had lain empty for four decades 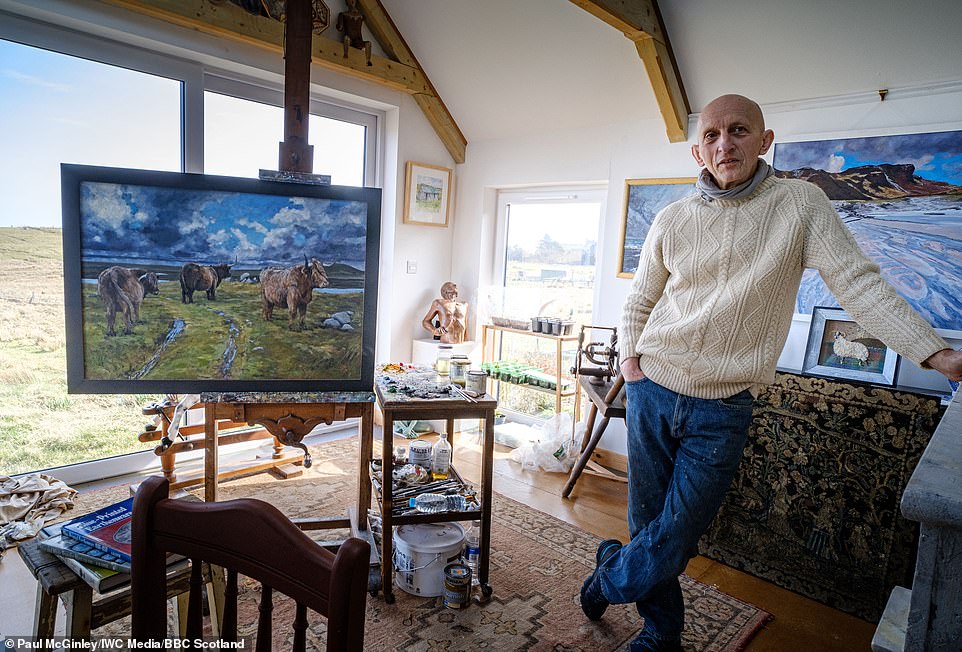 Winner Tom Hickman, an artist, bought the property in 2006, after it had lain empty for four decades

He added: ‘I was fascinated to firstly see Anna, Michael and Kate’s nicely understated reaction to the exterior, and they did well to not judge the book by its cover.’

The home was among 27 the judges visited during the series.

Scotland’s Home of the Year: The finalists 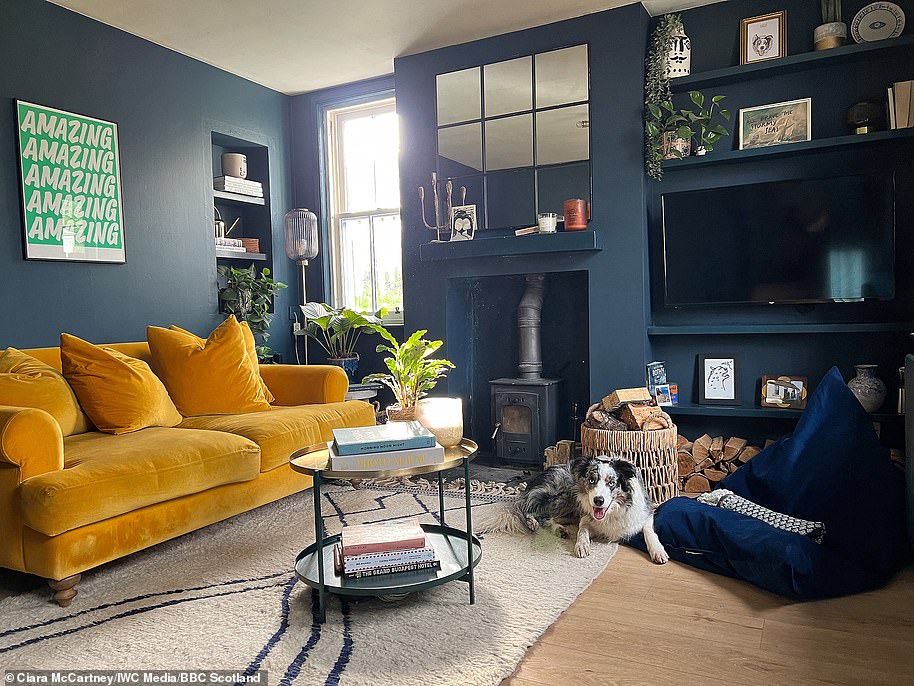 Lorne Cottage in Fort William is a small home dating back to 1800. The owners Ciara and Arran have decked the small property out in bold colours, giving it a distinctive look 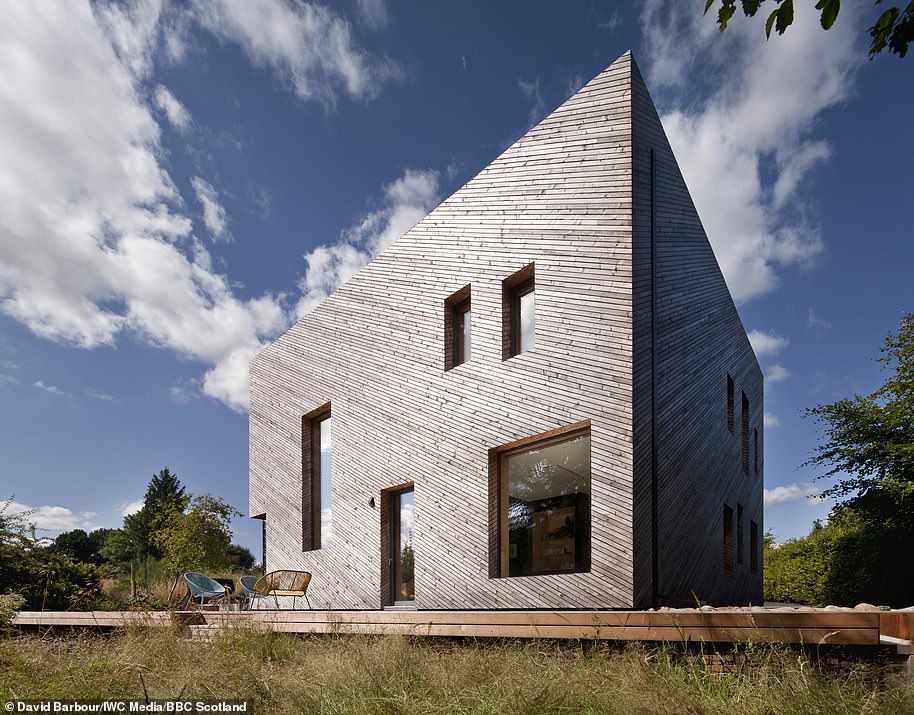 A contemporary house, Ostro Passive House in Sterlingshire is home to architectural designer Martin and architect Mhairi. The property emphasises sustainability and the environment with windows capitalising on solar heat energy 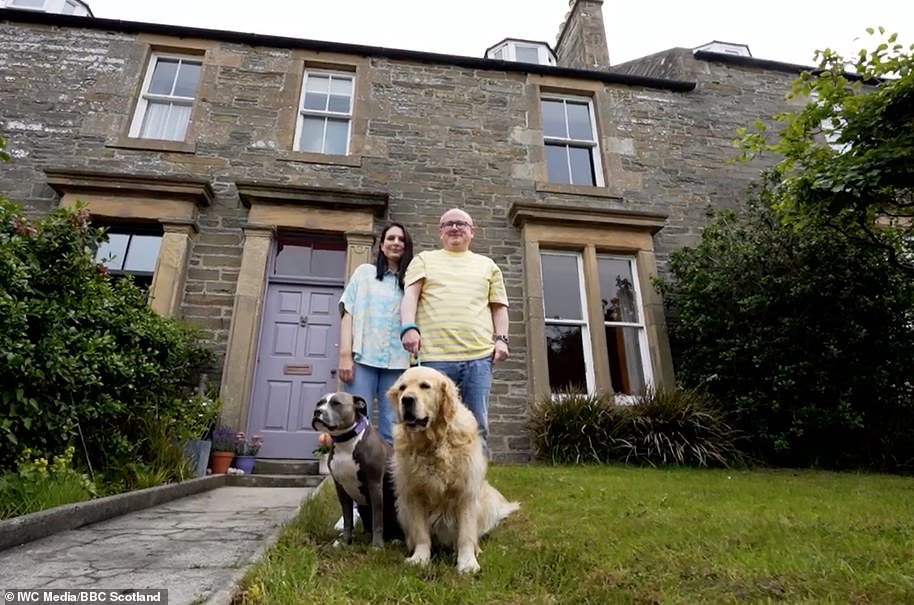 The Pastel House in Kirkwall, which is home to Jay and Rob (pictured) who left London four years’ ago to move to the area, is a quirky Victorian townhouse renovation 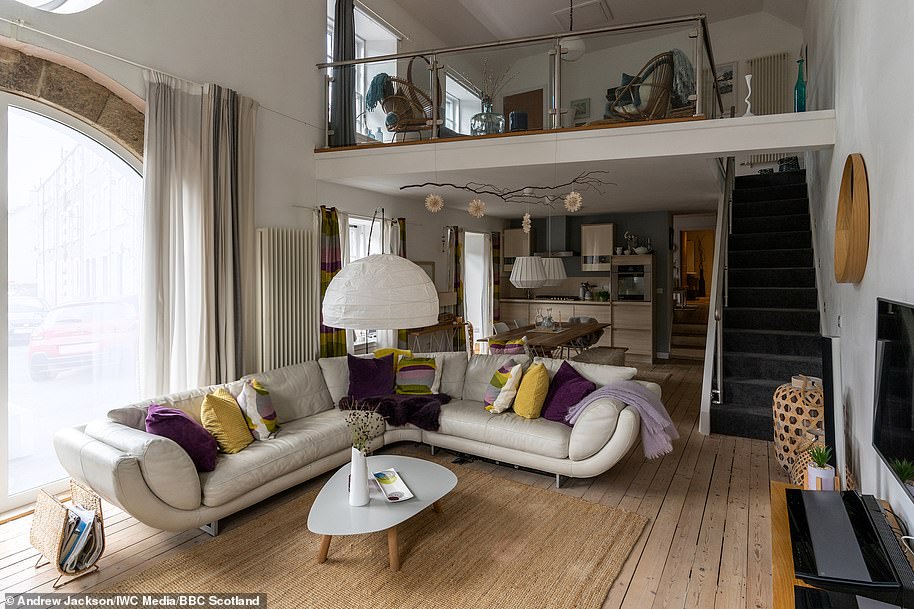 Firestation House in Hawick is a C-listed building dating from the 1850s. Owners Sheena and John bought it six years ago, after it had been empty for 15 years. They maintained features from the building’s fire-fighting past like the arch opening for the horse-drawn firewagon and the hinge pins on the exterior wall 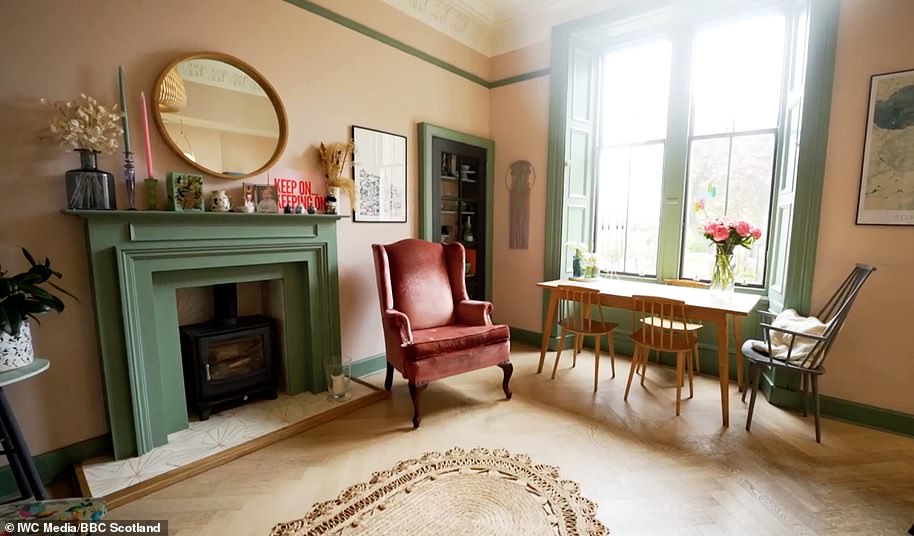 The Victorian Terrace in Morningside, Edinburgh, is home to married couple Ella and Rory, and their children Daisy and Arthur. The family, who has lived in the home for four years, have created a characterful interior, boasting a colourful palette and period-style features 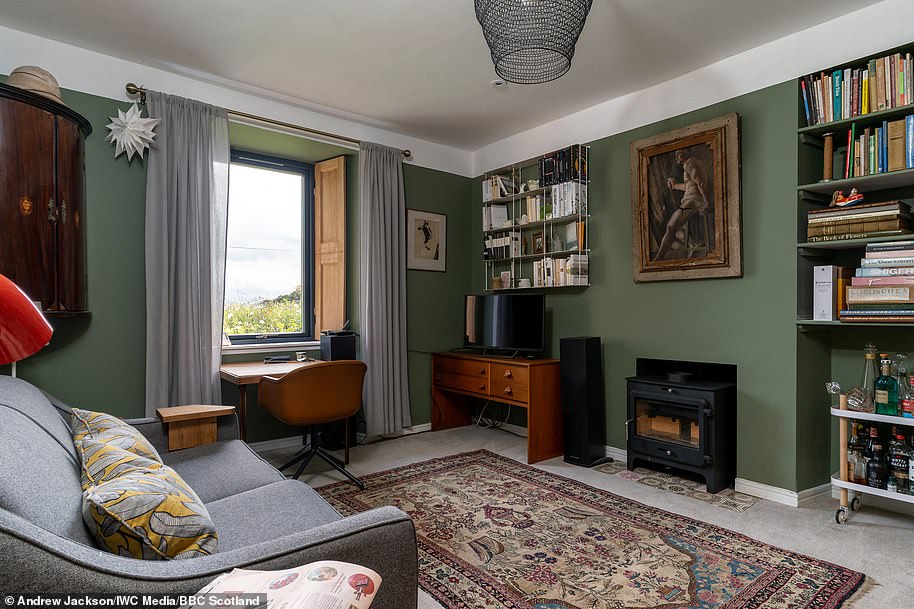 Recently renovated cottage Pentland View in Elsrickle dates back to the 1890s. After lying derelict for years, it became home to Navraj and Rachel, and their son VJ. Their major renovation works include adding a contemporary extension. Notably, the property is a zero carbon home with insulation, underfloor heating, solar panels 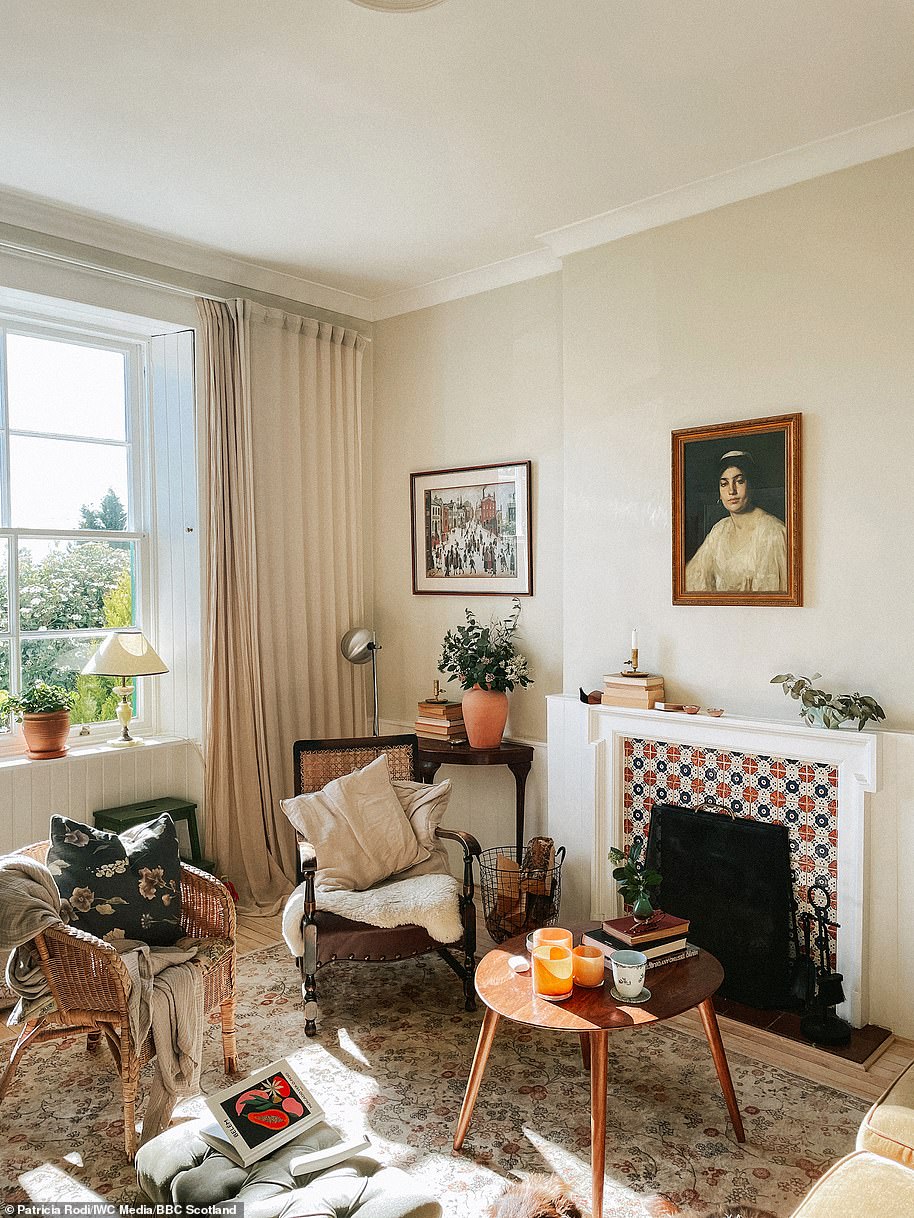 Rhu Boathouse in Helensburgh, which was built around 150 years ago to service naval officer’s lodgings, boasts two bedrooms, a study, a bathroom, a living room and a kitchen diner. Owners Patricia and Patrick favour antiques and upcycling and have filled the property with recycled pieces 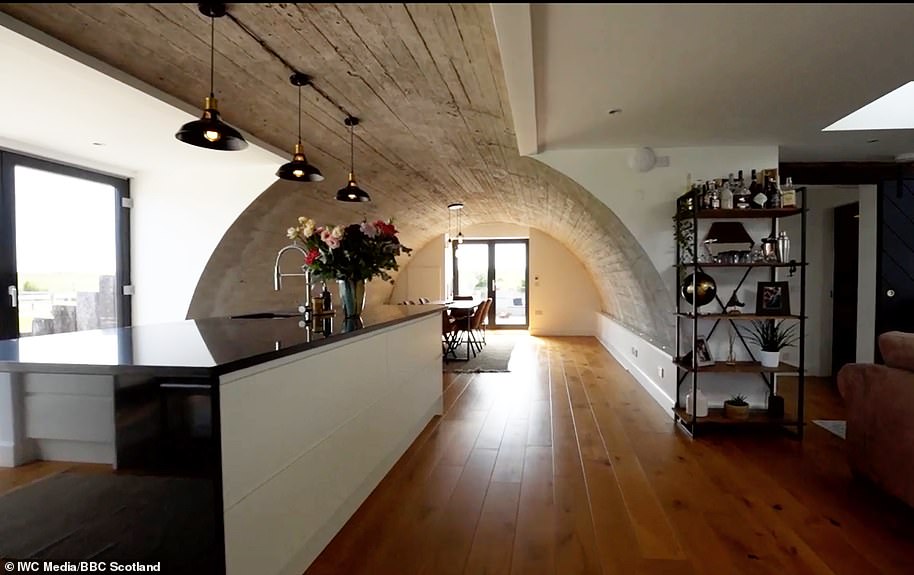 The Old Waterworks in Fife is a former concrete water tank that’s been converted into a family home. Euan and Sam, their children Sophie and Rueben, have lived in the home for five years. It features an L-shaped kitchen dining and living space, two bathrooms, three bedrooms including a master with bathtub and walk-in wardrobe