It was hailed as a culinary innovation that would make breakfast ‘a whole lot easier’.

But yesterday, a supermarket chain was accused of ‘cultural appropriation’ – after launching a product that has been a staple of the Scottish diet for generations.

The company posted a tweet yesterday morning about its pork-based square sausage, describing the idea as ‘genius’.

Enthusiasts of the Lorne sausage were quick to respond, with one user telling the supermarket giant: ‘Er, c’mon, you didn’t invent this. I think the Scots may have something to say about it.’

The company posted a tweet yesterday morning about its pork-based square sausage (pictured), describing the idea as ‘genius’

Comedian Brian Limond, nicknamed Limmy, joked that the move was an example of ‘cultural appropriation’ – the practice of adopting elements of a minority culture by members of the dominant culture. He added: ‘Sturgeon must condemn.’

Aldi said the packs, priced at £1.79, are ‘in store now’ and are ‘perfectly shaped for a sausage sandwich or a delicious fry-up’.

Lorne sausage does not have protected status under EU law, which is used to ensure the authenticity of products such as Parma ham, Arbroath Smokies and Melton Mowbray pork pies. This would mean it could only bear the name if made north of the Border.

The Scottish Federation of Meat Traders Association has previously lobbied for square sausage meat to be added to the list of foods with a Protected Geographical Indicator. 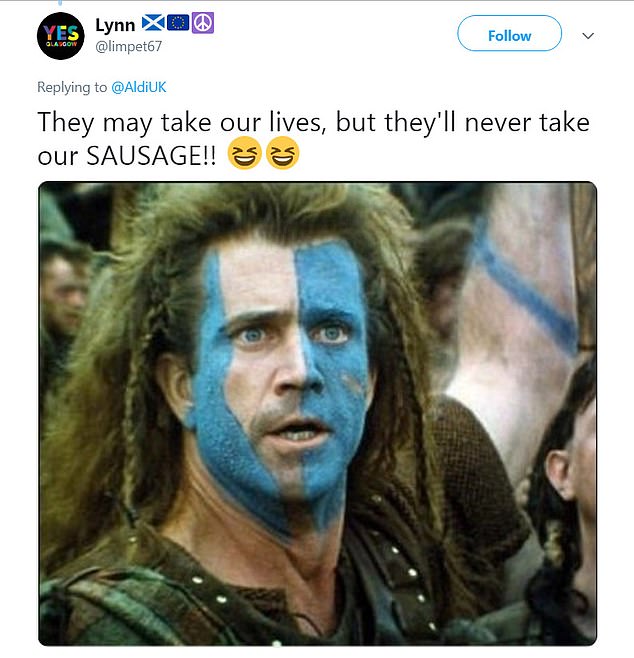 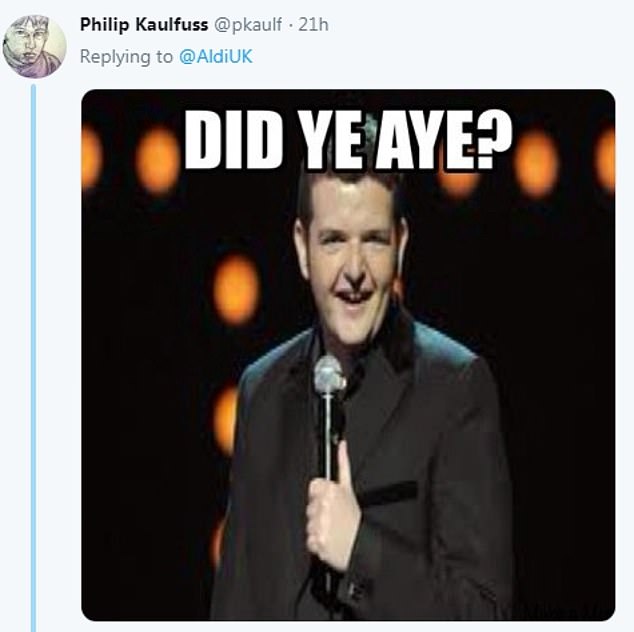 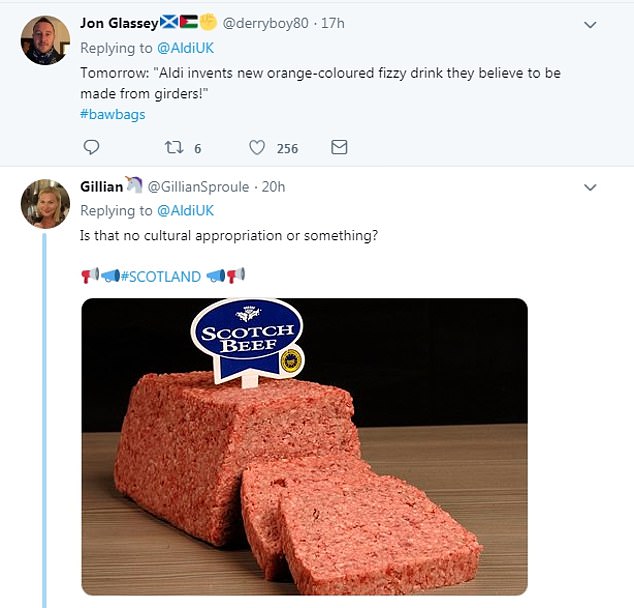 Chief executive Douglas Scott said: ‘It is surprising that a German firm is laying claim to the Lorne sausage, which has been around for more than a century north of the Border. We have lobbied for it to be given protected status in the past but unfortunately the idea was a non-starter administratively – it would have been too difficult to enforce countrywide.’

One Twitter user said: ‘Where have you been? We’ve had square sausage in Scotland for ever.’ Many also pointed out that supermarkets in Scotland – including Aldi – have been selling Lorne sausage for years.

Aldi declined to comment on the claims of ‘cultural appropriation’.

However, a source said ‘sausedge is a new product for Aldi – available for a limited time in England and Wales while stocks last’.