Dancing on the CEILING! Jubilant Scots cheer on shop rooves and party through the night as national team qualifies for Euro 2020 after Serbia victory – ending 22-year wait to enter major tournament

Elated Scottish football fans celebrated through the night after their team qualified for its first tournament in more than 20 years.

Supporters took to the streets of Edinburgh in huge crowds while others hugged and cheered at pubs across the country as their side beat Serbia on penalties.

It is the first time the Scots have been represented in a major competition since the 1998 World Cup in France, where they lost two and drew one match.

Footage from last night showed police trying to break up a huge crowd of fans dancing and chanting after the narrow victory.

Squad cars with their sirens blasting drove towards the supporters, who appeared to have gathered on a housing estate.

But the group seemed not to notice as they continued to jump up and down as others rushed to join them. The person recording the ruckus can be heard laughing at the rowdy bunch late last night. 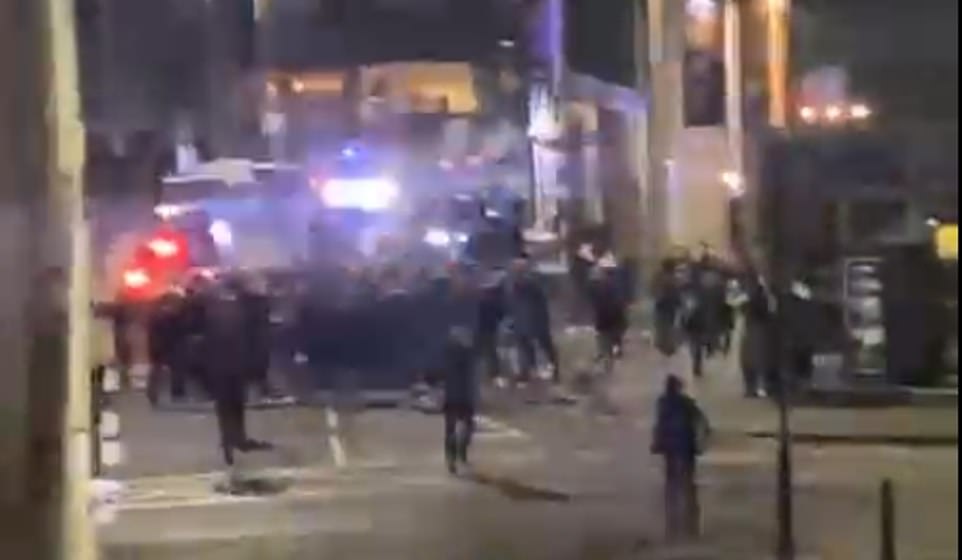 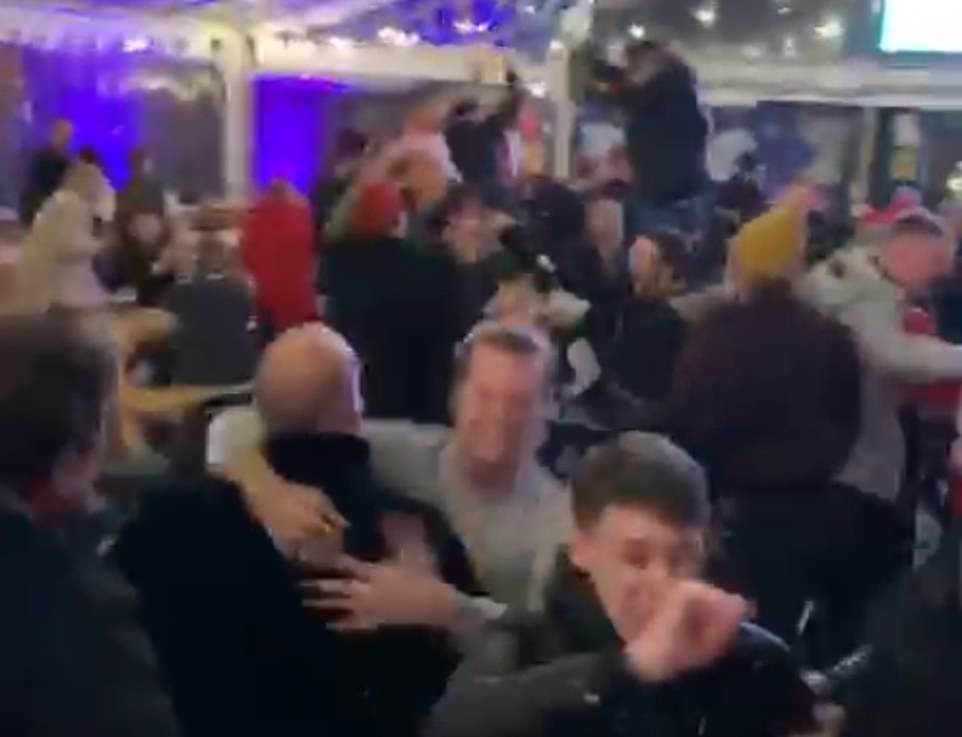 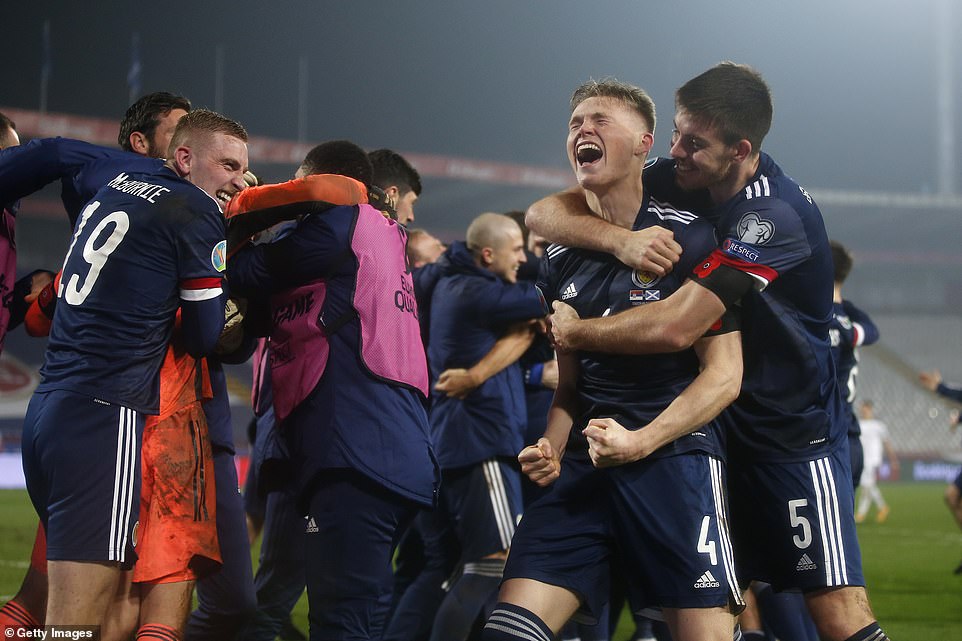 Meanwhile some supporters scaled a Starbucks in Edinburgh during their wild celebrations. Social media pictures show three men dancing on top of the coffee shop, wearing few clothes on a cold night in the capital.

The friends cheered and one played Flower of Scotland on the bagpipes while others in the street and hanging out of their windows sang along.

British tennis player Andy Murray recorded for his Instagram the moment the final penalty was taken in the shoot out last night.

When it was saved by the Scottish goalkeeper, the sportsman shouted ‘get in, get in’, and turned the camera around to show him fist pumping.

Scots also took to social media to express their excitement at being in a major tournament again. Matt Crawshaw posted: ‘It was a fantastic night last night. It felt normal.

‘I came to Scotland and watched the football in a big gazebo this pub had set up. No Covid talk, just people having fun. The pub knew I had come from England on a non-essential journey.’

Another account posted: ‘No matter what we’ll be partying in 2021 #waitingsince98.’ One person commented with a picture of the Trainspotting cast drinking, adding: ‘Scotland right now.’ 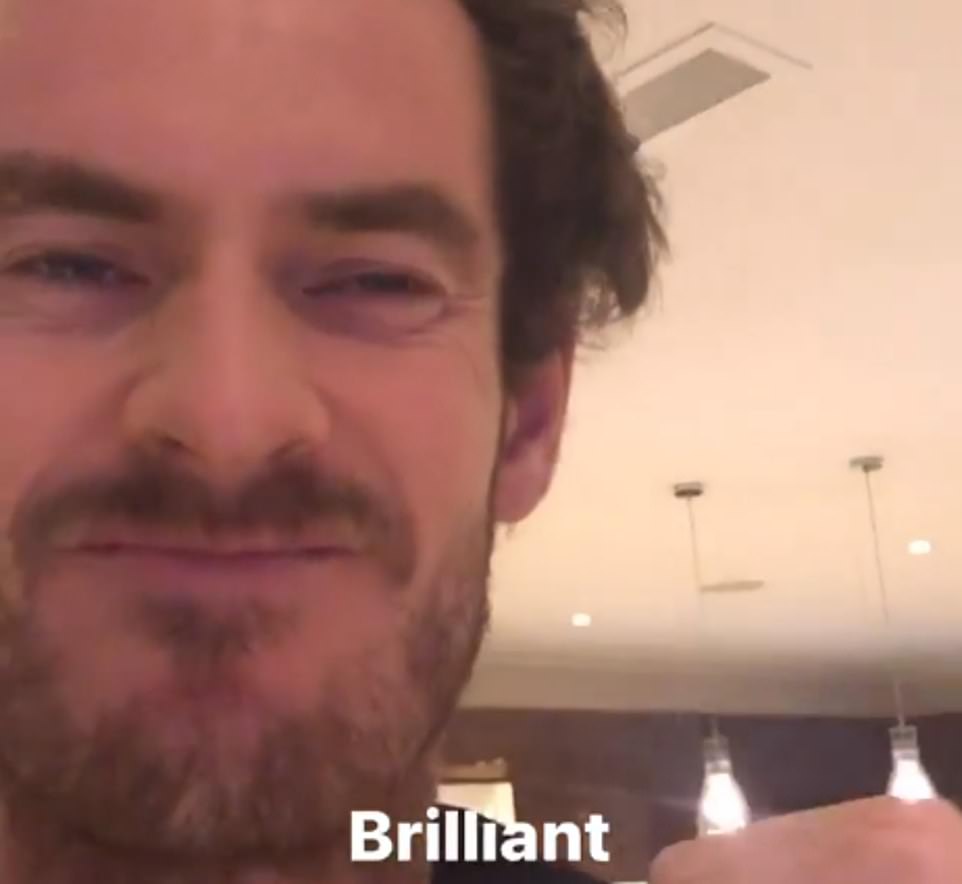 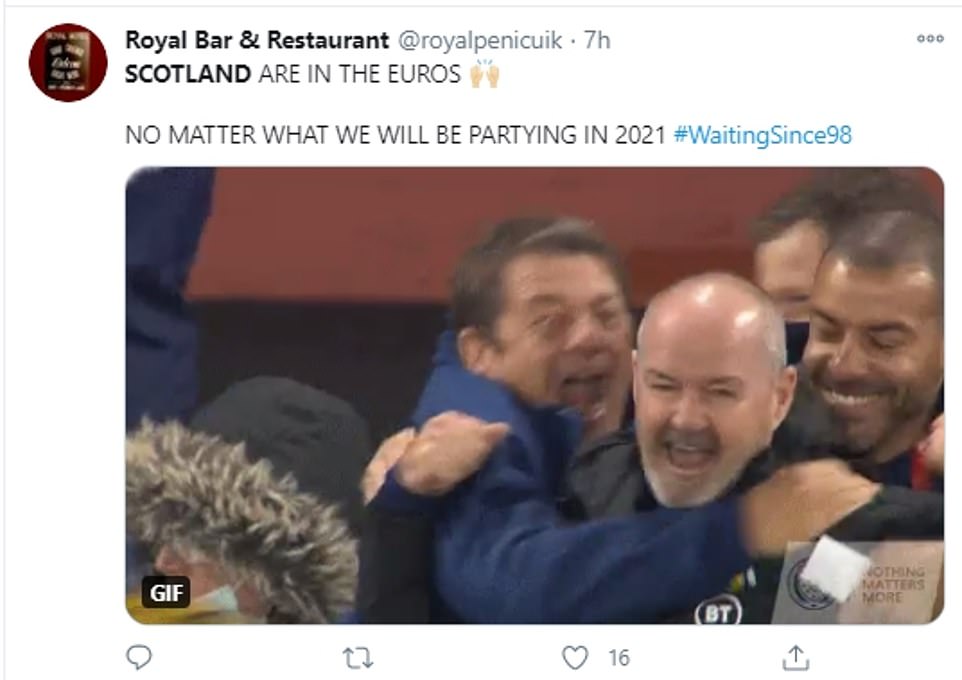 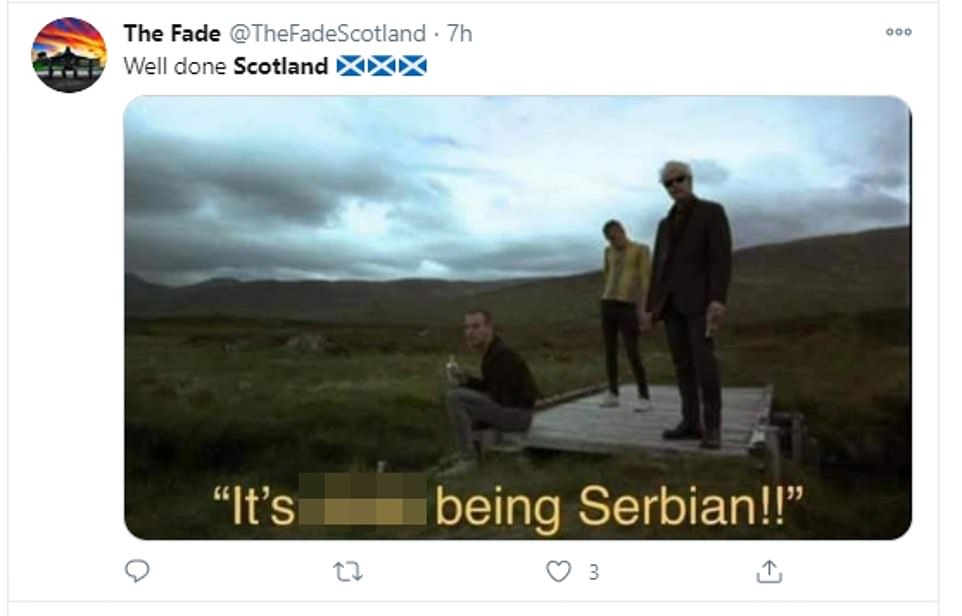 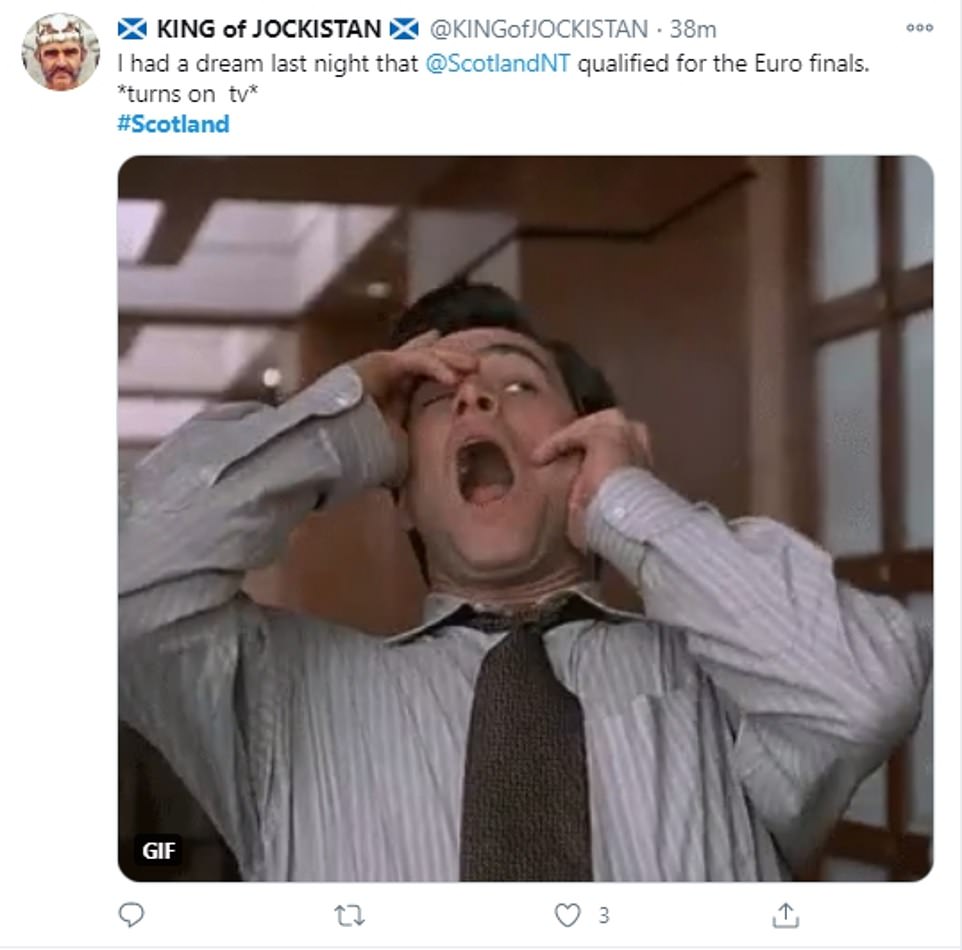 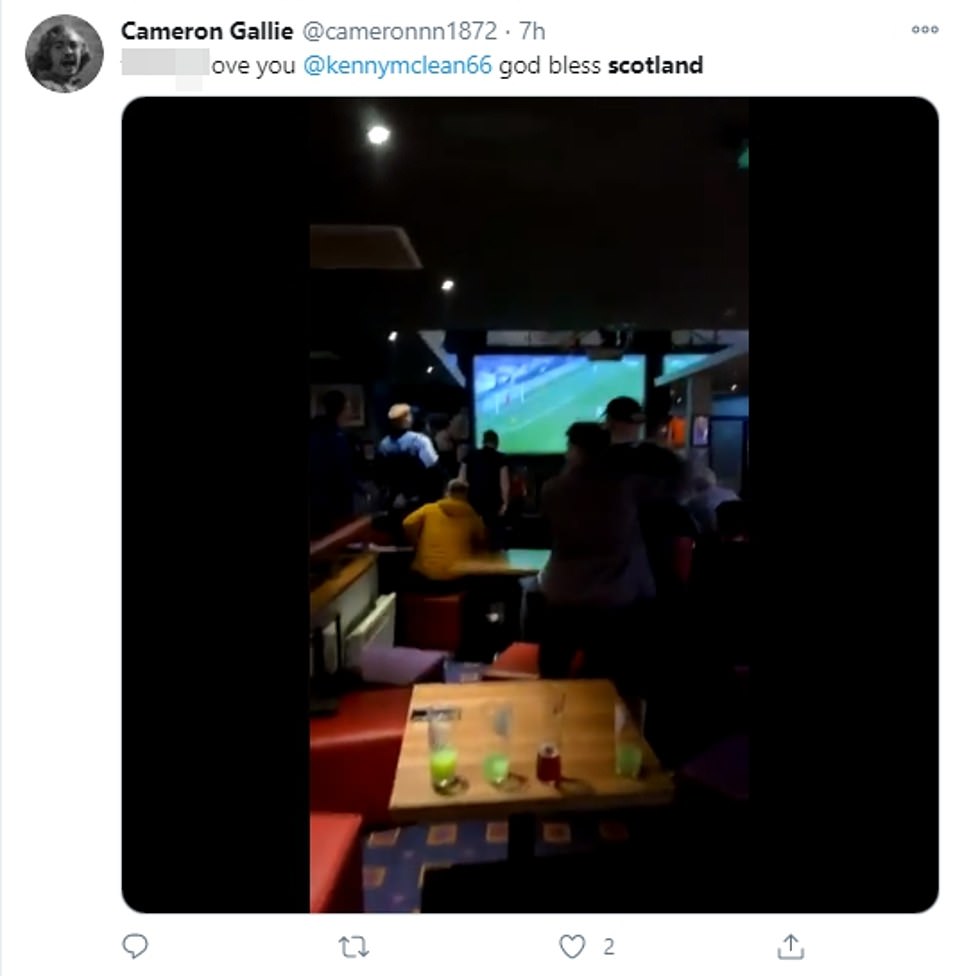 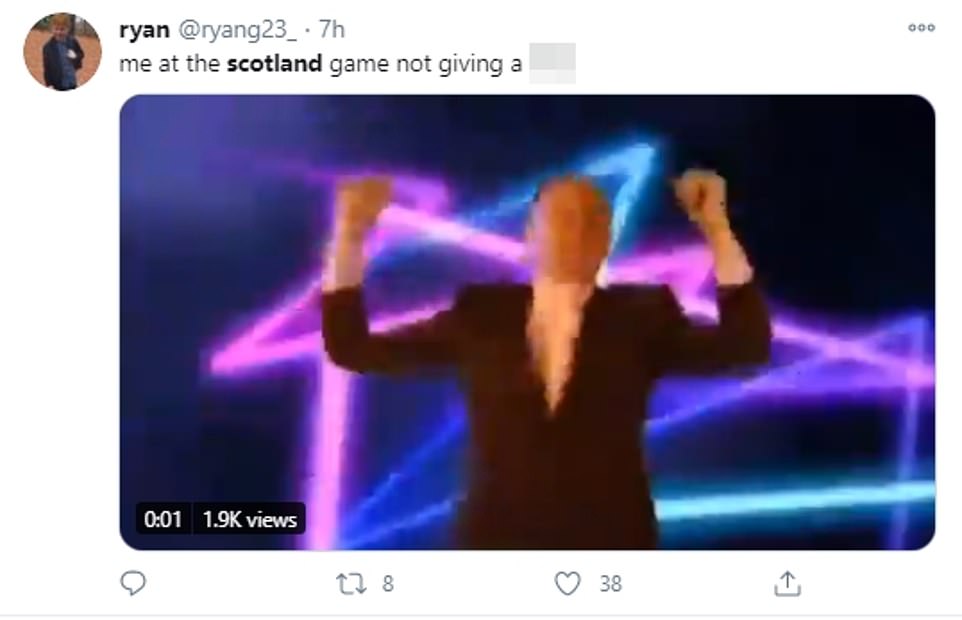 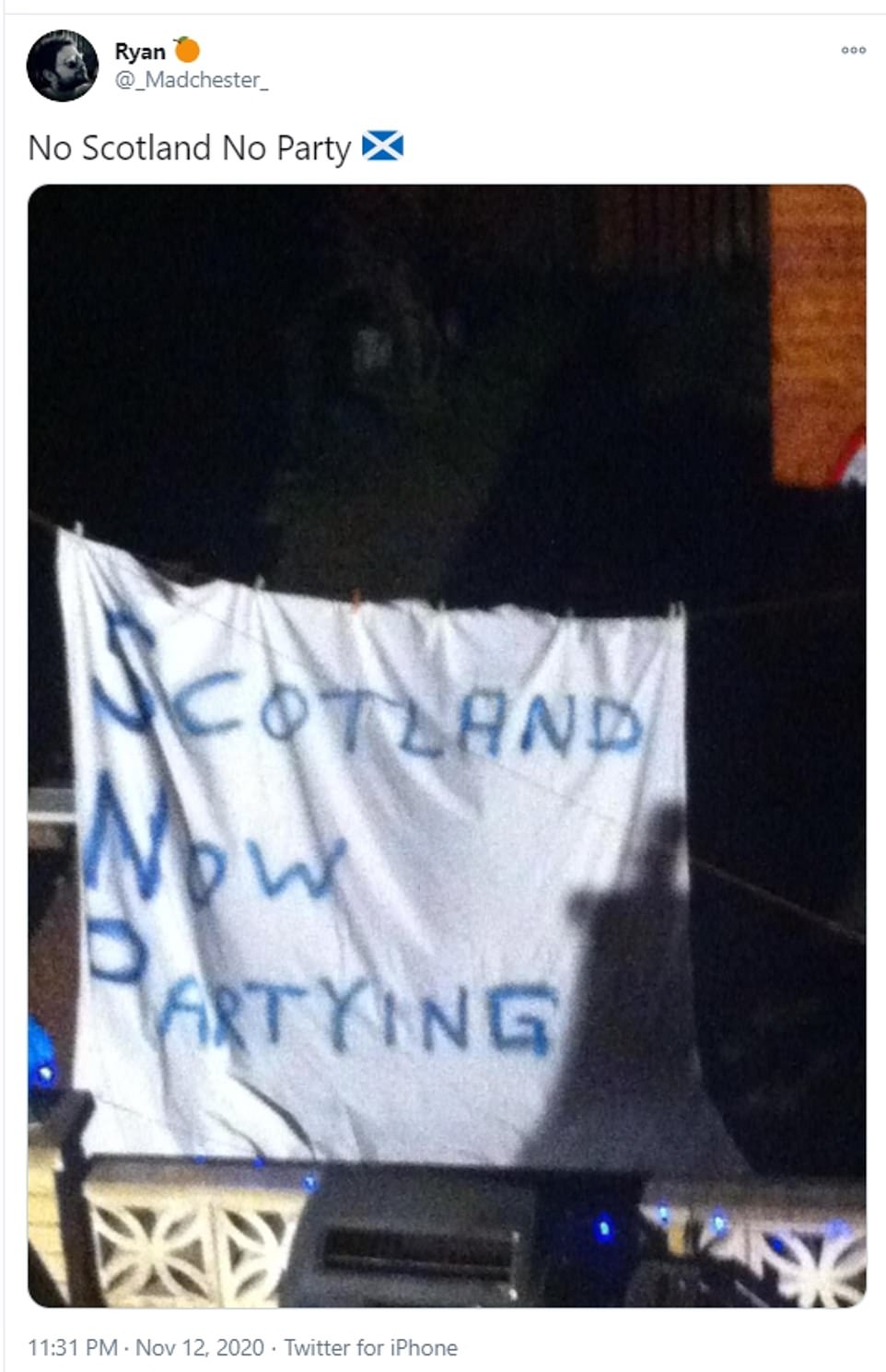 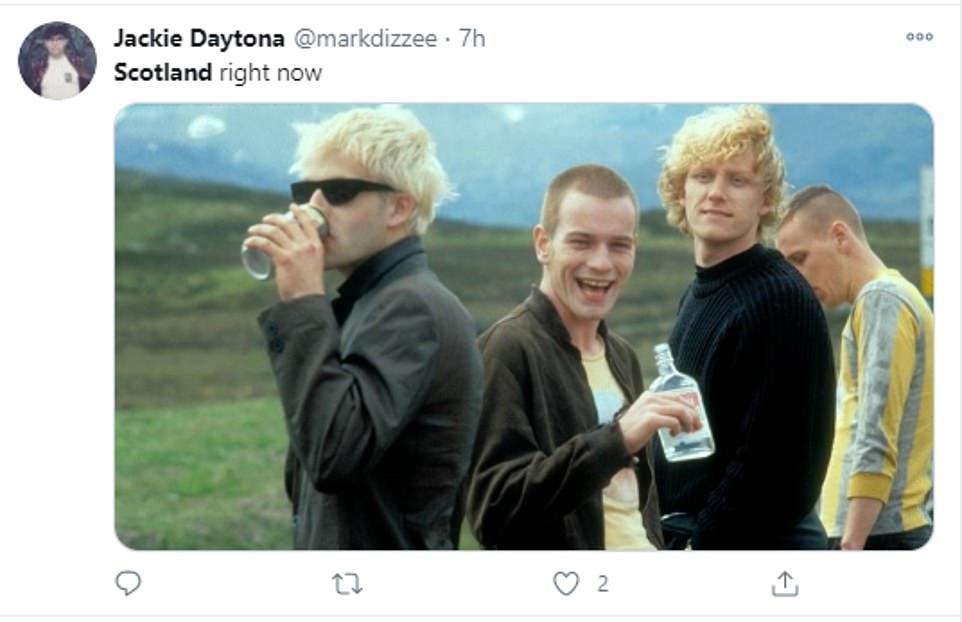 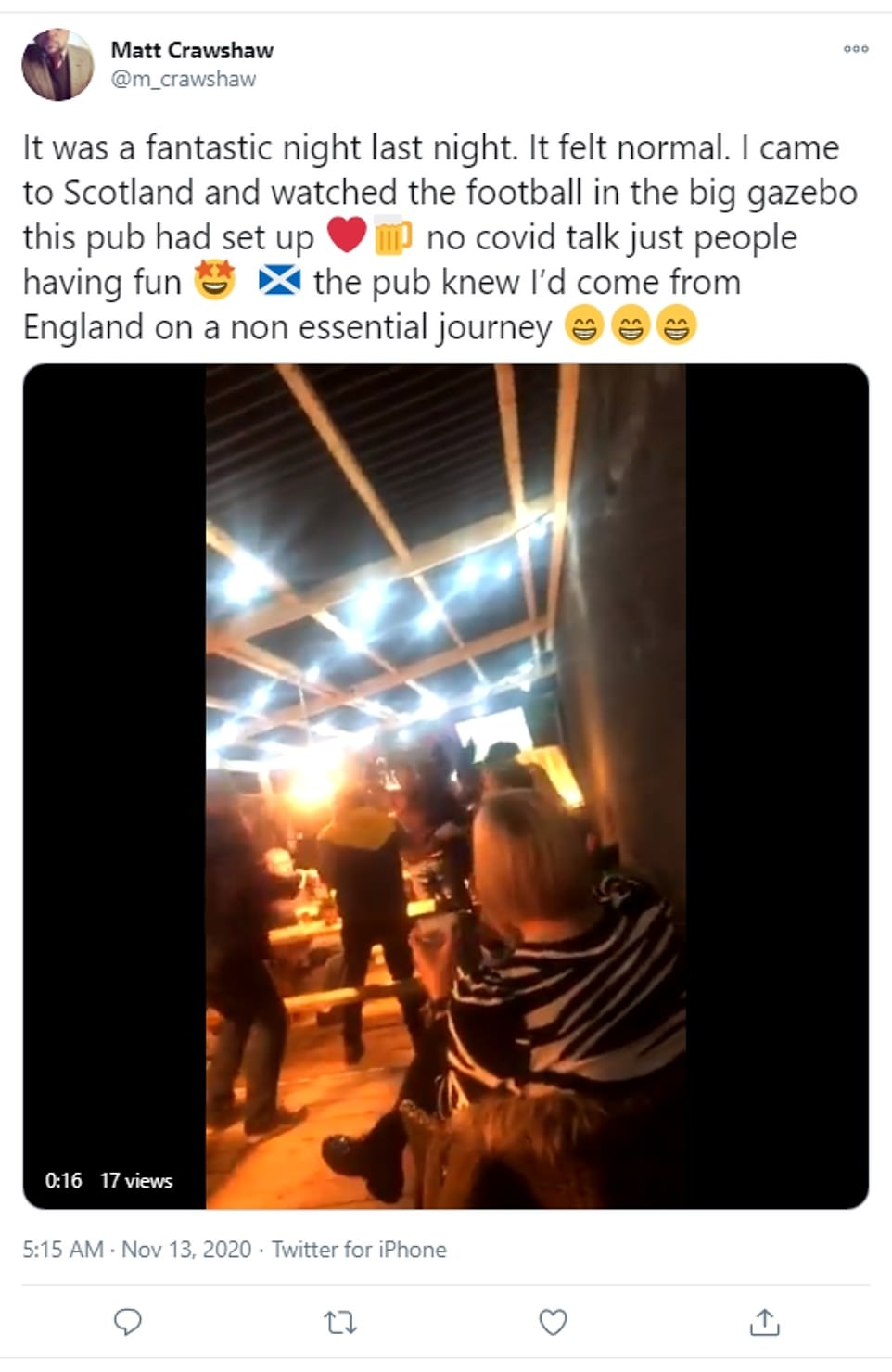 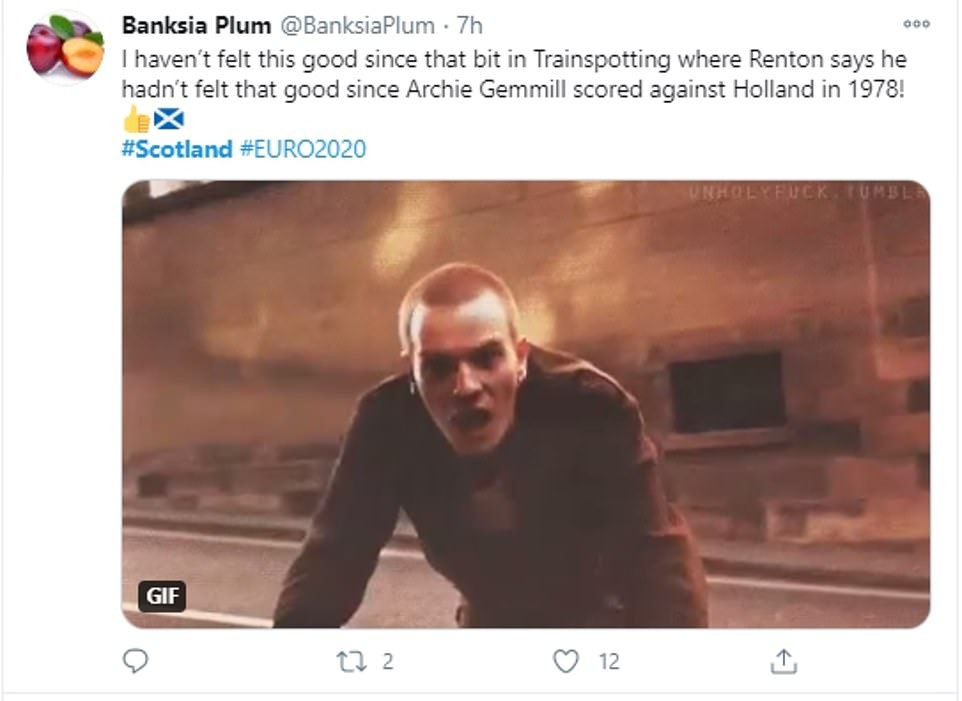 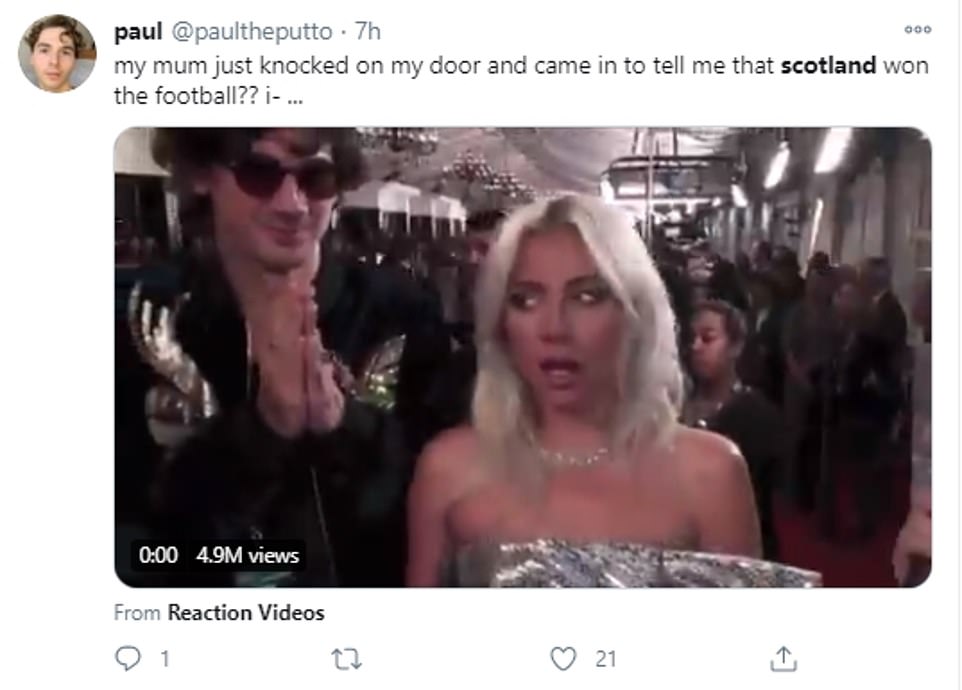 Edinburgh Airport posted a video of the Hangover movie with the caption: ‘Most of Scotland waking up this morning.’

Comedian Lubna Keer said: ‘Best nights sleep in 22 years. The Scotland ffotball result brought me so much joy, we should bottle that feeling. Going to be smiling all day.’

Edinburgh Evening News wrote: ‘We still haven’t come down from the high, if we’re being honest…’ Meanwhile one supporter put: ‘Try and be happy for a change.

’22 years of failure and your findings negatives about previous campaigns!!! Scotland have qualified for a tournament.’

Kev Ryan looked forward to the competition, adding: ‘England are delighted they’ve got us in the group stages, cos they fear coming up against penalty shoot out specialists like Scotland in the knockouts.’ 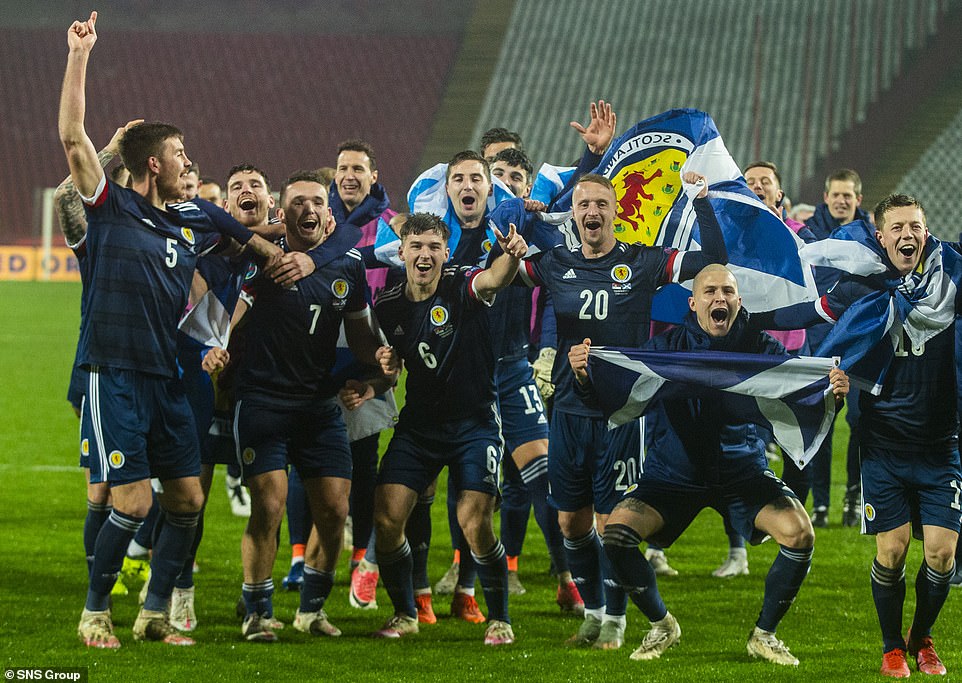 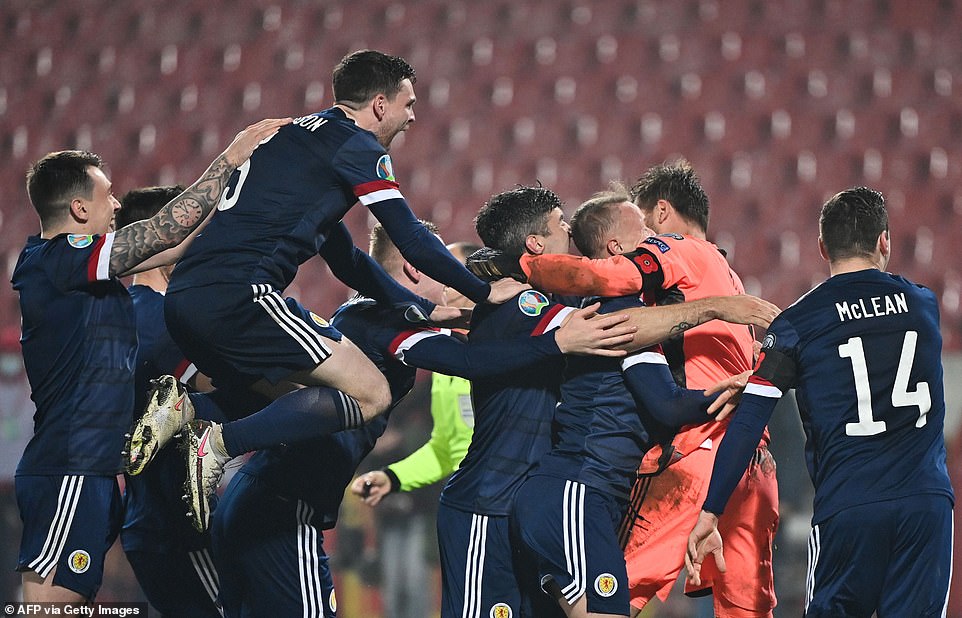 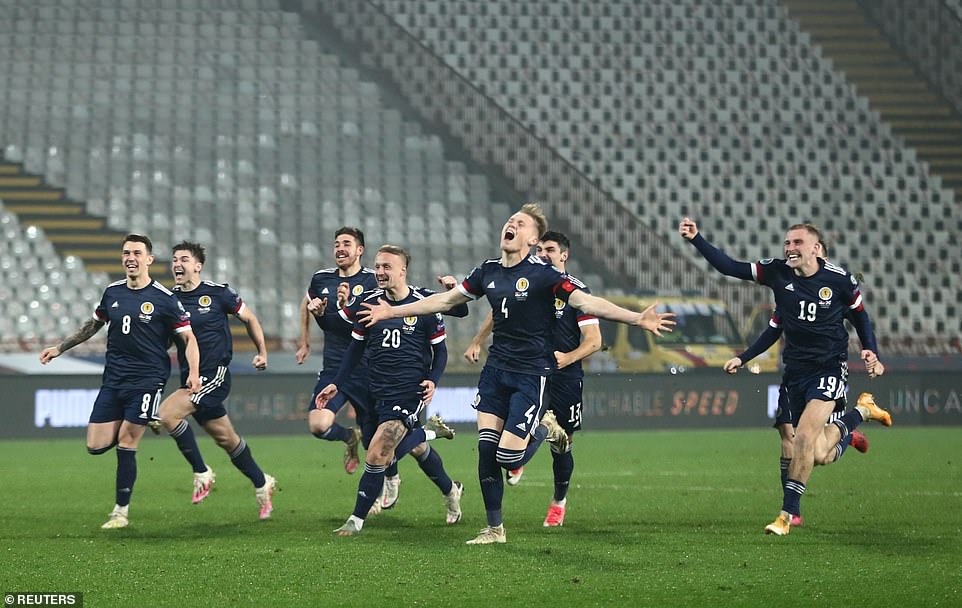 Scotland booked their place at Euro 2020 via a penalty shoot-out in Serbia. Goalkeeper David Marshall was the hero for Scotland after he saved from Aleksandar Mitrovic to secure a 5-4 shoot-out victory.

Ryan Christie’s 52nd-minute strike appeared to have sent Steve Clarke’s dominant side through until Serbia scored with their first effort on target in the 90th minute through Luka Jovic.

However, the blow proved to be fleeting as Marshall leapt to his left to deny Mitrovic in the 10th penalty of the shoot-out.

Scotland go into Group D, where they will face England, Croatia and the Czech Republic.