Scots have been eating porridge for 5,500 years, study suggests

It’s known as one of Scotland’s most beloved dishes, and now a new study has revealed that porridge was eaten by Neolithic people more than 5,500 years ago.

Researchers have found evidence that cereals were cooked in well-preserved pots found in the Outer Hebrides as far back as 3600 BC.

Cereals were cooked in pots and mixed with dairy products and occasionally meat, probably to create early forms of porridge, gruel and stew, they found.

Today, oat porridge is the most common types of porridge eaten by Brits, although the ancient Scots were eating a wheat porridge, the analysis suggests.

The research team found traces of wheat in the pots, but not oat or barley. 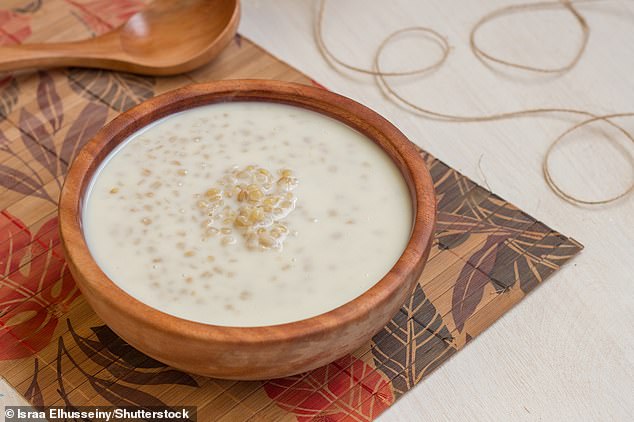 Today, oat porridge is the most common types of porridge eaten by Brits, although the ancient Scots were eating a wheat porridge (pictured)

Cereal cultivation in Britain dates back to around 4000 BC and was probably introduced by migrant farmers from continental Europe.

This is evidenced by some, often sparse and sporadic, recovery of preserved cereal grains and other debris found at Neolithic sites.

At this time pottery was also introduced into Britain and there is widespread evidence for domesticated products like milk products in molecular lipid fingerprints extracted from the fabric of these pots.

However, with exception for millet, it has not yet been possible to detect molecular traces of accompanying cereals in these lipid signatures, although these went on to become a major staple that dominates the global subsistence economy today.

The research was led by Dr Simon Hammann and Dr Lucy Cramp at the University of Bristol’s Department of Anthropology and Archaeology.

‘We demonstrate that cereal-specific markers can survive in cooking pots for millennia, revealing the consumption of specific cereals (wheat) that are virtually absent from the archaeobotanical record for this region and illuminating culinary traditions among early farming communities,’ they say in their paper.

‘Wheat may have been boiled in soups or porridges for example, resulting in little accidental grain carbonisation but representation in lipid residues.’

For their study, the team analysed pottery recovered from four small artificial islands called crannogs that date back to the Neolithic period in the Outer Hebrides.

They selected 59 ceramic shards from a range of pottery, including traditional Hebridean ridged and non-ridged baggy jars, as well as ‘Unstan’ type bowls – shallow bowls with grooved patterning – and shouldered bowls.

Gas chromatography and high resolution mass spectrometry were then used to analyse organic residues from these pottery remains.

Researchers detected molecular biomarkers for wheat and other foods that were cooked in the vessels, such as animal fats, suggestive of milk and meat.

Neolithic communities in the region may have been eating wheat between 3600–3300 BC, they reveal. 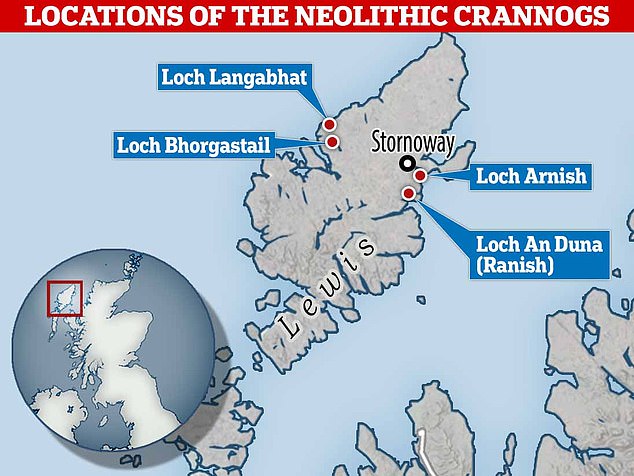 For their study, the team analysed pottery recovered from four small artificial islands called crannogs that date back to the Neolithic period in the Outer Hebrides 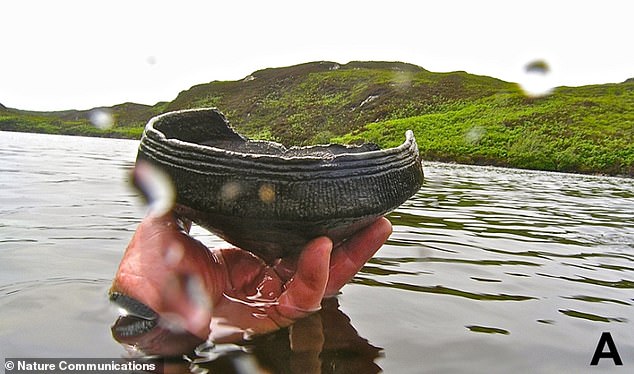 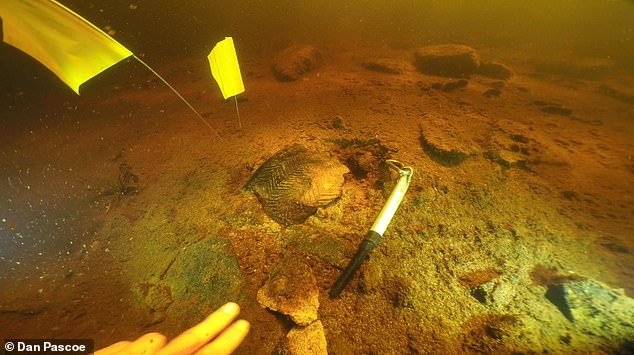 Pictured, a substantial sherd of Early Neolithic pottery, as found on the loch bed at Loch Bhogastail

‘This research gives us a window into the culinary traditions of early farmers living at the northwestern edge of Europe, whose lifeways are little understood,’ said study author Dr Lucy Cramp at the University of Bristol.

‘It gives us the first glimpse of the sorts of practices that were associated with these enigmatic islet locations.’

Ancient people could have been eating this porridge on these historic crannogs before they ended up on the bottom of the seafloor.

Overall, the analysis indicated the processing of wheat – but not barley – at all four crannog sites, which was somewhat unprecedented.

‘This is in stark contrast to other data concerning cereal grain assemblages recovered across the broader region of Scotland during the Neolithic,’ the authors say.

‘[These], with but a couple of Early Neolithic exceptions, show a notable dominance of barley over wheat, especially within this Atlantic region.

‘Our data are therefore in apparent contrast to the archaeobotanical record, which has suggested that very little wheat was consumed in Atlantic Scotland throughout the Neolithic.’

However, the team add that their findings ‘do not preclude the processing of barley alongside wheat in these pots’. 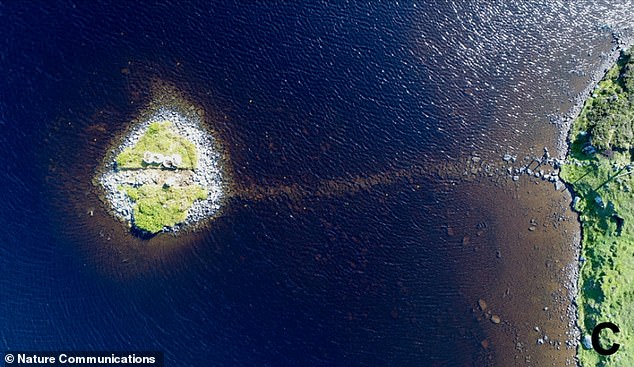 Researchers also discovered that the people visiting these crannogs used smaller pots to cook cereals with milk and larger pots for meat-based dishes.

The team ‘observed a strong association between the occurrence of dairy products and smaller-mouthed vessels’, likely because smaller mouths on the vessels made it easier to pour milk.

What’s more, many of the pots analysed were intact and decorated, which could suggest they may have had some sort of ceremonial purpose.

Curiously, the function of the crannogs themselves is also not fully understood, as some are far too small for permanent occupation.

Crannog sites in the Outer Hebrides are currently the focus of a research project directed by some of the papers’ authors, which could reveal their secrets.

The new findings have been published today in the journal Nature Communications.

Britain began the move from ‘hunter-gatherer’ to farming and settlements about 7,000 years ago as part of the ‘Neolithic Revolution’

The Neolithic Revolution was the world’s first verifiable revolution in agriculture.

The period saw the widespread transition of many disparate human cultures from nomadic hunting and gathering practices to ones of farming and building small settlements.

Stonehenge, the most famous prehistoric structure in Europe, possibly the world, was built by Neolithic people, and later added to during the early Bronze Age

The revolution was responsible for turning small groups of travellers into settled communities who built villages and towns.

Some cultures used irrigation and made forest clearings to better their farming techniques.

Others stored food for times of hunger, and farming eventually created different roles and divisions of labour in societies as well as trading economies.

In the UK, the period was triggered by a huge migration or folk-movement from across the Channel.

The Neolithic Revolution saw humans in Britain move from groups of nomadic hunter-gatherers to settled communities. Some of the earliest monuments in Britain are Neolithic structures, including Silbury Hill in Wiltshire (pictured)

Today, prehistoric monuments in the UK span from the time of the Neolithic farmers to the invasion of the Romans in AD 43.

Many of them are looked after by English Heritage and range from standing stones to massive stone circles, and from burial mounds to hillforts.

Stonehenge, the most famous prehistoric structure in Europe, possibly the world, was built by Neolithic people, and later finished during the Bronze Age.

Neolithic structures were typically used for ceremonies, religious feasts and as centres for trade and social gatherings.