Thousands of Australians will be able to take new courses to help them get a job under Scott Morrison’s $1billion JobTrainer plan which he will announce on Thursday.

Dozens of new short courses at TAFE and other registered training organisations will be available from September as around one million Aussies look for work during an economic downturn caused by the coronavirus pandemic.

The free or low-cost courses will prepare workers for jobs in expanding sectors including healthcare, social care, transport, postal services and warehousing, manufacturing and retail.

Alongside the scheme, the Prime Minister will expand the apprentice wage subsidy to cover half the wages of eligible apprentices by up to $530 per week until March 2021.

Thousands of Australians will be able to take new courses to help them get a job under Scott Morrison’s $1billion JobTrainer plan. Pictured: A retail worker at a Sydney shopping centre

The federal government will hand over $1.5billion – in addition to the $1.3billion already pumped into the scheme – to pay 50 per cent of apprentices’ wages.

At the moment the program helps 47,000 small-business employers keep 81,000 apprentices and trainees in work and training.

The policy will now extend to medium businesses with fewer than 200 employees, meaning the scheme will help around 90,000 businesses employing around 180,000 apprentices.

The program will also be extended by six months to cover wages paid up to March 2021.

It is estimated that 340,000 Australians, including up to 250,000 teenagers who are leaving school this year, will take the new TAFE courses.

The federal government is contributing $500million towards the JobTrainer scheme and the states and territories will together tip in another $500million. 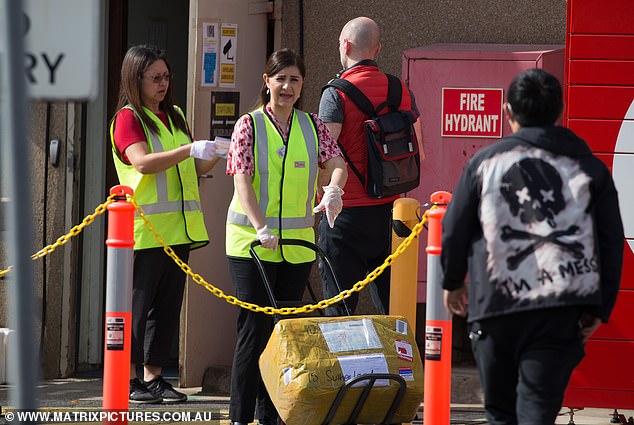 The courses, which will be free or low cost, will prepare workers for jobs in expanding sectors including healthcare, social care, transport, postal services (pictured) and warehousing, manufacturing and retail 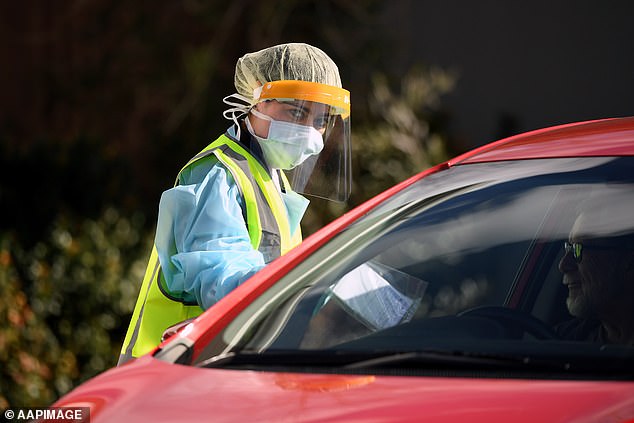 The jobs required are likely to include nursing due to the pandemic. Pictured: A health care worker doing Covid-19 testing in Casula, Sydney

Mr Morrison discussed the plan with state and territory leaders at the National Cabinet meeting on Friday and talks are ongoing to work out a full list of courses and their fees.

The new National Skills Commission will provide a list of skills that are in demand to help unemployed people chose a course that will lead to a job.

‘JobTrainer will ensure more Australians have the chance to reskill or upskill to fill the jobs on the other side of this crisis,’ the Prime Minister said.

‘COVID-19 is unprecedented but I want Australians to be ready for the sorts of jobs that will come as we build back and recover.

‘The jobs and skills we’ll need as we come out of the crisis are not likely to be the same as those that were lost.’ 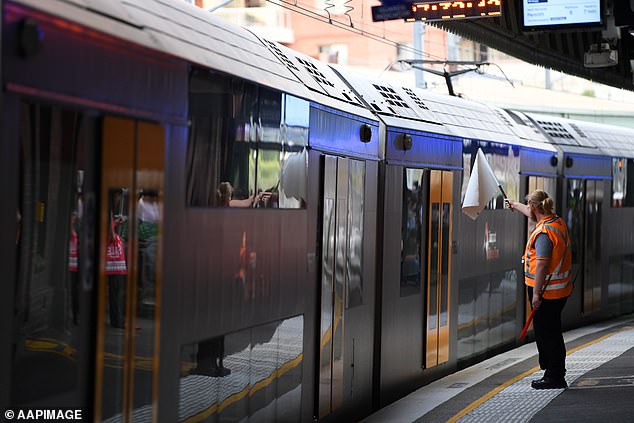 Transport workers are also likely to be in demand after the pandemic. Pictured: A Sydney trains worker 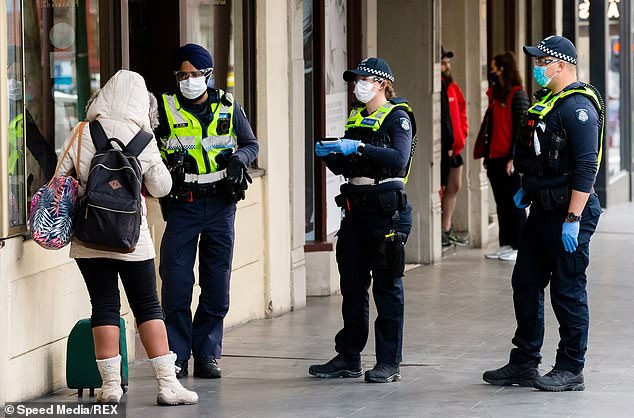 On Thursday at 11.30am June’s unemployment figures will be released and are expected to paint a bleak picture of Australia’s economy.

In May, the number of Australians officially unemployed swelled to 927,600 – the highest number since December 1993 – as the jobless rate rose to a 19-year high of 7.1 per cent.

Treasurer Josh Frydenberg said the effective unemployment rate, after people working zero hours and those who had dropped out of the labour force were taken into account, was around 13.3 per cent.

Mr Frydenberg will outline the next phase of coronavirus support measures in an economic update on July 23, including the fate of the JobKeeper wage subsidy and the enhanced JobSeeker dole payment which are legislated to end in September.

He acknowledged the return to lockdowns in Melbourne would be ‘harsh on businesses and households’.

‘Our announcements on the 23rd will take into account the Victorian circumstances and that Victorians, like those in the other parts of the country who are hurting through COVID, will continue to benefit from the government’s support,’ Mr Frydenberg said.

‘We’ve gone for a national approach as opposed to state-specific approaches.’