Scott Morrison hits back at David Attenborough over climate change

Scott Morrison has defended Australia after David Attenborough slammed the country for damaging the environment with coal production.

In an interview with Triple J’s Hack programme this week, the legendary broadcaster, 93, criticised the government for approving the new Adani coalmine.

‘Do you think it’s right that we go on destroying the natural world?’ he said.

But Mr Morrison hit back from the US on Tuesday.

‘I think there’s a lot of disinformation out there about, frankly, what Australia is doing,’ he said.

The Prime Minister was not invited to speak at the UN General Assembly in New York because Australia has not done enough to reduce its emissions. Instead, he toured a drive-thru McDonald’s (pictured) during a visit to Chicago

The Prime Minister was not invited to speak at the UN General Assembly in New York because Australia has not done enough to reduce its emissions.

Instead, he toured a drive-thru McDonald’s during a visit to Chicago.

Speaking to reporters on Tuesday evening, Mr Morrison said he did not want children to feel ‘needlessly anxious’ about climate change.

‘I want children growing up in Australia to feel positive about their future,’ he said.

‘And I think it’s important that we give them that confidence that they will not only have a wonderful country and pristine environment to live in but they’ll also have an economy they can live in as well.’

Youth climate activist Greta Thunberg lambasted world leaders in her address to the UN summit this week, which Mr Morrison missed while he gave a speech in Chicago.

‘People are suffering. People are dying. Entire ecosystems are collapsing. We are at the beginning of a mass extinction – and all you can talk about is money and fairytales of eternal economic growth,’ she said.

Mr Morrison says he doesn’t get into the ‘nitty-gritty’ on emissions reductions targets and the Kyoto protocol and Paris agreement with his daughters Lily and Abbey, aged 10 and 12.

‘But we talk about fossil fuels and we talked about what they learned at school, and I encourage them to have a passionate and independent view about how they see the world – but I also give them a lot of context,’ he said.

‘I don’t allow them to be, basically, contorted into one particular view.

‘I also like to give them reassurance because the worst thing I would impose on any child is needless anxiety.’

Mr Morrison and his government maintain that Australia will easily meet its commitment to cut emissions by 26-28 per cent on 2005 levels over the next decade.

The country’s emissions have risen since 2014.

‘I always like kids to be kids – we can’t have them sort of growing up as mushrooms either,’ Mr Morrison said. 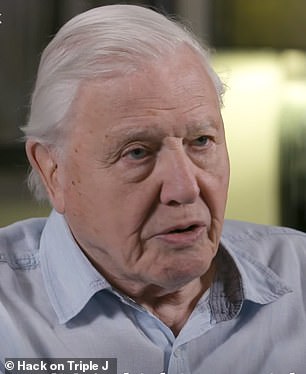 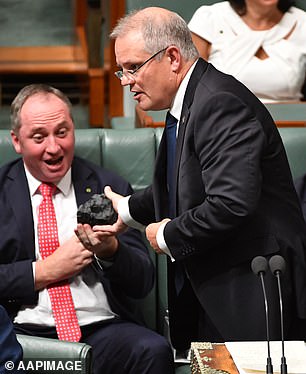 ‘But at the same time, I think we’ve got to get a bit of context and perspective into this.’

He intends to use his address to the UN on Wednesday to focus on practical environmental measures, such as plastics recycling.

‘We need to take action on climate change but there are actually issues like plastics in our oceans which present even more immediate threats, not only to the wellbeing of our oceans… but they have quite significant impacts on health,’ he said.

Earlier Sir David criticised what he claimed were the hypocritical actions of the Australian government in publicly acknowledging climate change without being prepared to lessen the use of coal.

‘Do you think it’s right that we go on destroying the natural world?’ he said.

Australia exported $54billion worth of coal in 2016-17, and the industry employs 47,000 people, according to the Department of Industry, Innovation and Science.

In the 2018-2019 financial year it was estimated coal exports reached $67billion.

‘Australia, it seemed to me, was saying all the right things… and you are keepers of an extraordinary section of the surface of this planet, including the Barrier Reef,’ Sir David said.

‘And when you’ve been upstanding and talking what I see is the truth, about what we’re doing to the natural world, and then you suddenly say, ”No, it doesn’t matter how much coal we burn”… what do you say?’ 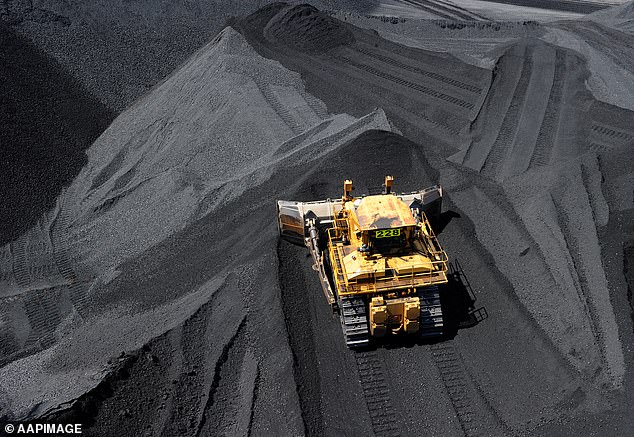 Sir David said he didn’t think Mr Morrison was joking as he claimed when he brought a lump of coal into Parliament in 2017.

Sir David also said he supported the Global Climate Strike that saw young people skip school and work to take to the streets and demand more be done to limit the effects of climate change.

In July, Sir David singled out Australia for climate change scepticism during an impassioned speech to the UK Parliament’s British, Energy and Industrial Strategy Committee.

‘I am sorry that there are people who are in power… notably of course the United States but also in Australia – which is extraordinary because Australia is already facing having to deal with some of the most extreme manifestations of climate change,’ he said.

‘Both Australia and America – those voices are clearly heard – and one hopes that the electorate will actually respond to those.’

He said politicians and those in power ‘cannot be radical enough’ when dealing with climate change and environmental issues.

He also credited young people for bringing about change, saying the electorate of tomorrow already understand the changes that need to be made.

‘It’s very, very important that voices of dissent should have a place where they’re heard and the arguments between the two sides can be worked out in public, and compared and analysed in public, that’s very important.’ 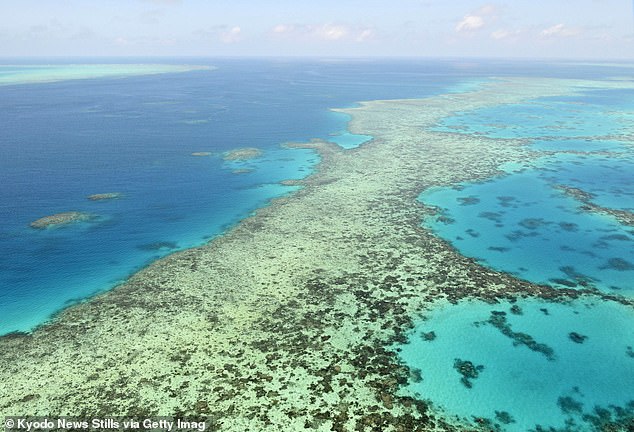