Scott Morrison is accused of ‘bribing’ Australians to vote for him

Scott Morrison has been accused of bribing Australians with an $8.6 billion cash splash to vote for him at the federal election.

Treasurer Josh Frydenberg unveiled measures including cutting petrol excise in half as well as a $250 cash handout for the low paid and $420 tax relief to counter the rising cost of living.

However, during the PM’s radio blitz the morning ato spruik Tuesday night’s Budget, ABC AM host Sabra Lane asked Mr Morrison if it was just aimed at buying votes.

‘One-off cash handouts to pensioners and welfare recipients happen next month. The cut in fuel excise is for six months. How is this anything but an electoral bribe for a government in deep trouble on the eve of the election?’ she said.

Scott Morrison (pictured) has been accused of bribing Australians with an $8.6 billion cash splash to vote for him at the federal election. 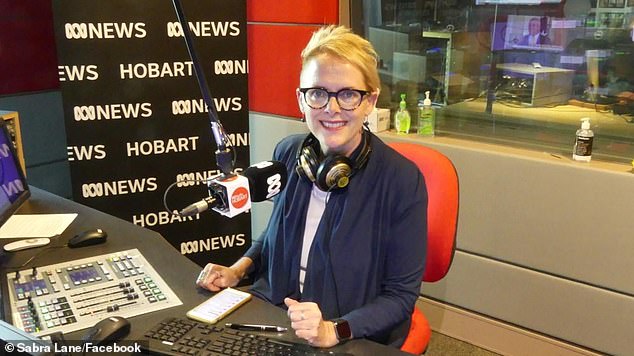 During the pM’s radio blitz the morning after Tuesday night’s federal Budget, ABC AM host Sabra Lane (pictured) asked him if it was just to buy votes

Mr Morrison stuck to his guns, comparing the handouts to the hundreds of billions given away during the pandemic to offset Covid lockdowns.

‘The cost of living pressures that are being faced by Australians are real. They’re caused by the terrible events that we’re seeing in the war in Europe,’ he said.

‘What we’re doing is giving Australians a shield to protect themselves against those cost of living pressures right now with real packages.

‘So it’s responsible, because we’ve been able to strengthen the economy to pay for it. It’s targeted, because we’re dealing with the pressures that exist right now, and we’re showing the same responsibility that we did through the pandemic.’

Lane pointed out that that less than a month ago he said it was inadvisable to cut fuel excise, and now he was doing just that.

‘What are voters to make of your change of heart? And what changed your mind?’ she said.

Mr Morrison replied: ‘As the prices continued to go up, and as the situation in Ukraine continued to deteriorate. 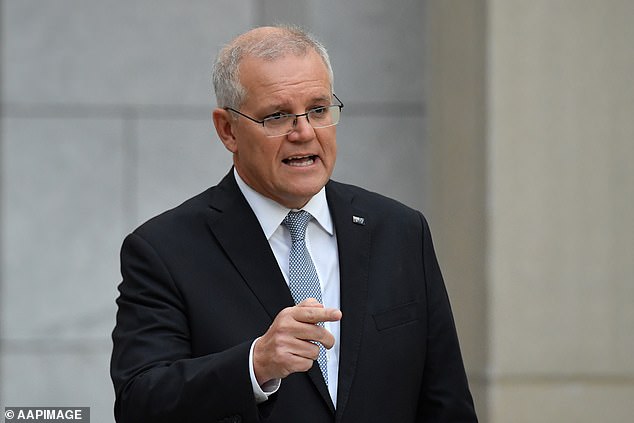 Scott Morrison (pictured) stuck to his guns, comparing the handouts to the hundreds of billions given away during the pandemic to offset Covid lockdowns

‘The cost of fuel flows through everything because we’re a big country. The transport, logistics costs. All of this means it puts pressure on the price of groceries.

‘So Australians know that they’re feeling those cost of living pressures and this Budget is delivering on that, and it’s doing it responsibly.’

The government announced a one-off tax break of $420 for more than 10 million Australians earning up to $126,000 a year.

The fuel excise will also be cut in half to 22.1c for the next six months.

Relief at the bowser will take up to two weeks to flow through, but the excise cut is projected to save a family with two cars around $30 a week – or $700 in total.

Opposition Leader Anthony Albanese said the federal government ‘might as well staple cash to how-to-vote (cards)’ for people as they enter polling booths this May.

‘It all disappears once the election is over and done with, that’s the problem with this budget,’ he told the Seven Network on Wednesday. 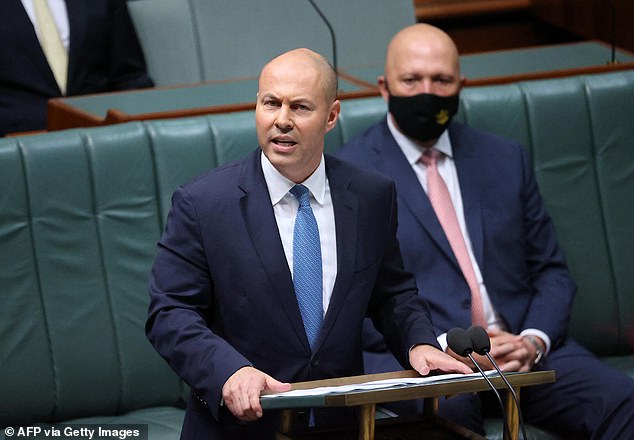 He said Australians will see through the short-term measures in the budget.

‘Australians know the government has just got the shovel out because they have to call an election in the next week or two,’ he told ABC Radio on Wednesday.

‘(Labor is) always up for a conversation about cost of living relief – the missing part of this budget is a plan that goes beyond May.’

Dr Chalmers also said the budget papers conceal $3 billion worth of “secret cuts” that will not be revealed until after the election.

They are listed in the documents under ‘payment measure decisions taken but not yet announced’.

He also cast doubt on the projected wage growth, with the budget predicting a tight labour market will accelerate wages growth from its current rate of 2.3 per cent to 3.25 per cent in 2022/23 and 2023/24, before edging even higher to 3.5 per cent beyond that.

‘This government – before last night – made 55 wage forecasts and got it wrong 52 times, they are notorious for over-promising and under-delivering on wages,’ he said.