Scott Morrison offers lucrative bonus to retirees who downsize their houses so young families can buy their first property – and claims the incentive will free up 1.3million homes

People aged 55 and over will get a financial incentive to downsize to a smaller home if the Coalition government wins Saturday’s federal election.

Mr Morrison said the move, which also features a two-year grace period before asset testing for a pension, is designed to help ‘free up larger homes for younger families’.

The age at which Australians are able to downsize their property and invest up to $300,000 per person from the sale into a super fund will be lowered from 65 to 55.

The $300,00 will be available to participants from July 1 in addition to the existing contribution caps.

The age at which people can put up to $300,000 per person into their super is already set to drop to 60 years from July 1, but the Coalition said lowering it further to 55 would make up to another 1.3million houses available for sale.

If the Coalition wins, pensioners who downsize will get a two year grace period before the house sale proceeds are asset tested for the pension.

The grace period would come into effect from January 1, 2023, allowing people to get the pension while still having two years to arrange their finances.

Currently, pensioners only get a grace period of one year.

The Prime Minister said the proposal would help younger families wanting to find a home.

‘We are now giving Australians more choice to decide how they want to live the next stage of their life by removing financial barriers for people wanting to downsize their home,’ he told News Corp. 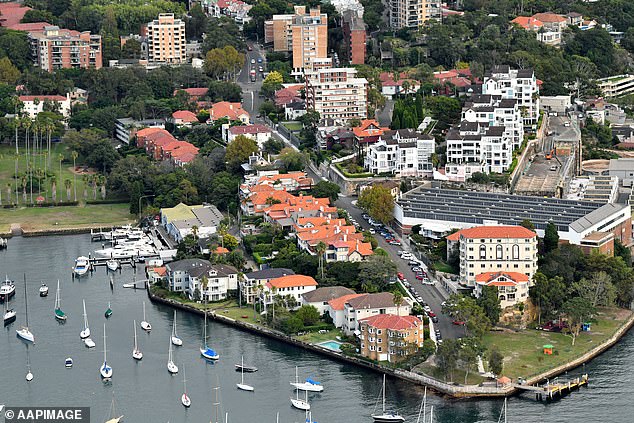 People aged 55 and over will get a financial incentive to downsize to a smaller home if the Coalition government wins the federal election. Pictured is an aerial image of waterfront properties in Sydney

‘Buying your first home is never easy and that’s why we have been focused on helping more than 300,000 people realise the great Australian dream of owning a home.

‘I want help more and more young families right across Australia to move into their own home and support their aspiration.’

A Productivity Commission survey of Australians over 60 found 70 per cent said moving to a smaller property with less upkeep was the reason for selling their house.

Around 28 per cent of respondents to the 2015 report said they wanted to free up money from the sale of their home.

Around 1.9 million age pensioners are homeowners in Australia. 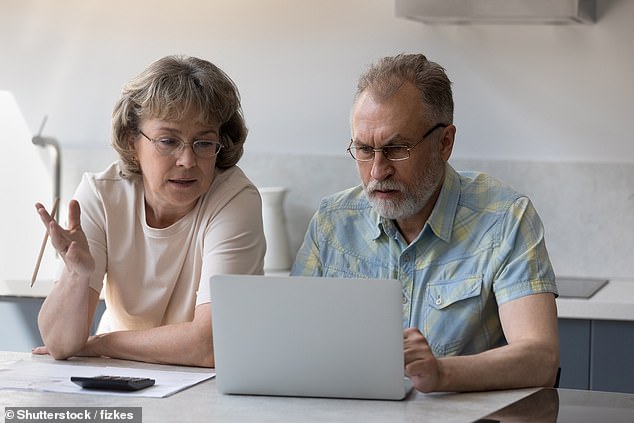 A Productivity Commission survey of Australians over 60 found 70 per cent said moving to a smaller property with less upkeep was the reason for selling their house. Pictured is an older couple looking at a lap top computer