Scott Morrison has declared Australia won’t follow Europe back into lockdown over surging cases due to the Omicron variant of Covid-19.

Most European nations have tightened restrictions and the Netherlands has even gone back into lockdown to protect its hospital system.

But Mr Morrison said the situation in Australia is different because it’s summer and 90.5 per cent of over 16s are fully vaccinated.

‘We will make our Australian way through this, we always have, the situation in the northern hemisphere is different to Australia,’ he said in eastern Brisbane on Monday.

‘They are not standing over there in the Netherlands in 34C, it’s winter and people are more indoors, we know the virus does move differently in different seasons.’

Mr Morrison urged Aussies to get their booster shots if they had their second jab more than five months ago.

‘Anyone who is concerned and who is ready to have their booster shot, I would urge them to go and get it because that is the best defence against Omicron,’ he said.

‘That is the key advice we have received and if we do that, then we can keep our nerve, keep calm and carry on.’

‘I was at carols in the Shire last night it was magnificent and fantastic, really enjoyed it with the family but we were all wearing masks, not everyone was but we chose to and that’s how it should be,’ he said.

Masks are compulsory for shopping in Victoria and Queensland but optional in NSW where Premier Dominic Perrottet wants to treat his citizens ‘like adults’.

Australia recorded 3,986 new Covid cases on Monday including 2,501 in NSW, 1,302 in Victoria, 105 in South Australia, 59 in Queensland, 13 in the ACT and three each in Tasmania and the Northern Territory. 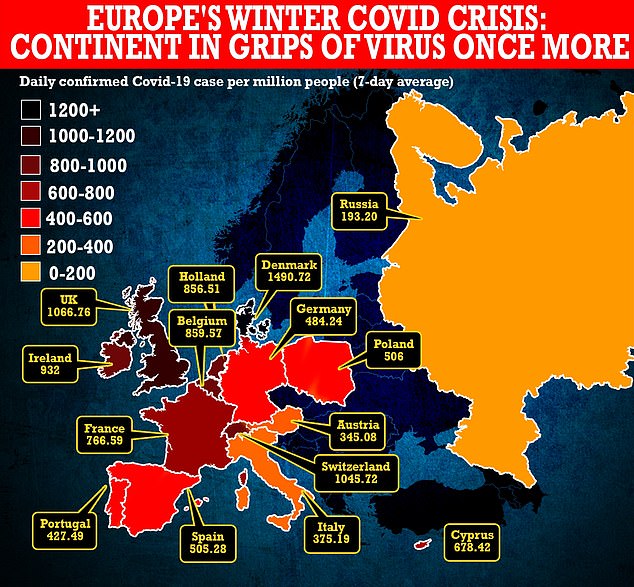 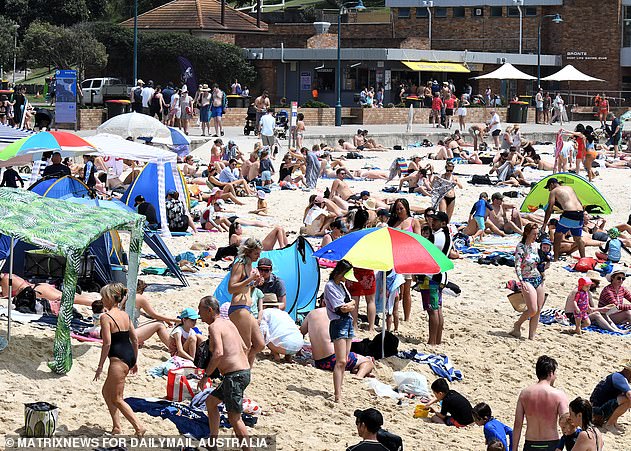 Denmark became the first EU country to lift its Covid restrictions three months ago, but the emergence of the new variant has seen Europe revert back to tougher rules as cases and hospitalisations are on the rise again.

The UK lifted its lockdown restrictions on July 19, but Health Secretary Sajid Javid on Sunday warned there are ‘no guarantees’ Christmas Day will go ahead without a lockdown.

He admitted ‘everything is under review’ after scientists delivered a grim assessment that the number of infections could reach two million by the end of the month without tougher restrictions – floating a ‘circuit breaker’ ban on households mixing and closure of non-essential shops.

It came as France barred UK holidaymakers from entering the country without a ‘compelling reason’ this week, while Germany added Britain to its list of high-risk countries.

Protestors clashed with police in Belgium earlier this month amid demonstrations against the tightening of restrictions across the continent. 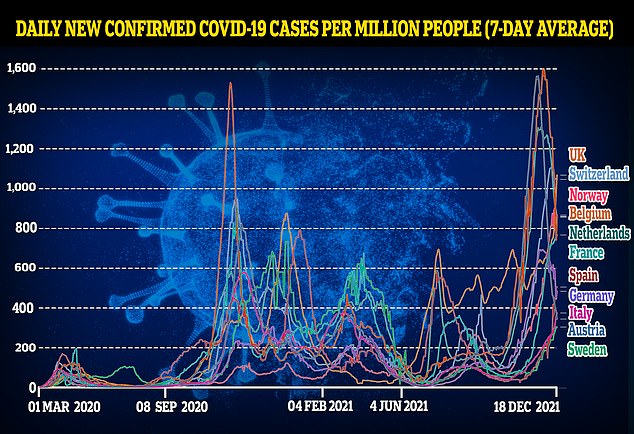