Cheers! Scott Morrison says more people can go to the pub as he reduces four metre rule to two

Prime Minister Scott Morrison says states and territories can reduce the four-square metre per person rule for pubs and restaurants to two.

Mr Morrison made the announcement following the National Cabinet meeting on Friday.

‘Today we also agreed, and noted the advice of the Medical Expert Panel, that the two-square metre rule can be moved to for smaller premises,’ he said.

‘Smaller premises will be determined by the jurisdiction but, as a rule of them, that’s around about 100 square metres.

‘So that means for much smaller premises that would have otherwise being trying to stick to a four-square metre rule arrangement, this just gives them a bit more room for them to be taking more patrons.’

The National Cabinet agreed the two-week quarantine period kept should be kept at 14 days.

Mr Morrison commended the Victorian Government on their handling of a second spike in coronavirus cases.

‘Outbreaks will occur but at National Cabinet they remained firm on sticking with their three-step plan and continuing the easing of restrictions that will continue into next month.’ 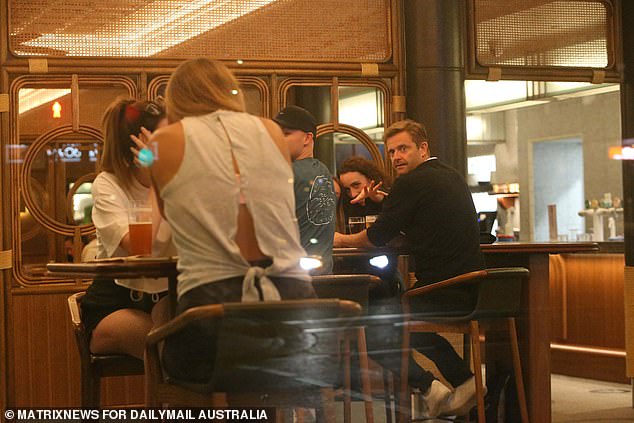 Prime Minister Scott Morrison says states and territories can reduce the four-square metre per person rule for pubs and restaurants to two. Pictured: Pubgoers at Rose Bay Hotel on June 1