Scott Morrison believes tracking Australians’ movements and locations through a mobile phone app may be crucial in stopping the spread of coronavirus.

But the prime minister insists the federal government will carefully work through privacy issues before an opt-in app is launched.

The TraceTogether app uses Bluetooth to track people who had spent 15 minutes or more in close proximity to a person with coronavirus.

They then share the records with authorities when asked to be part of a tracing investigation.

Mr Morrison said using location informatiocoon may be necessary to save lives and livelihoods.

‘If that tool is going to help them do that, then this may be one of the sacrifices we have to make,’ he told 6PR radio on Wednesday. 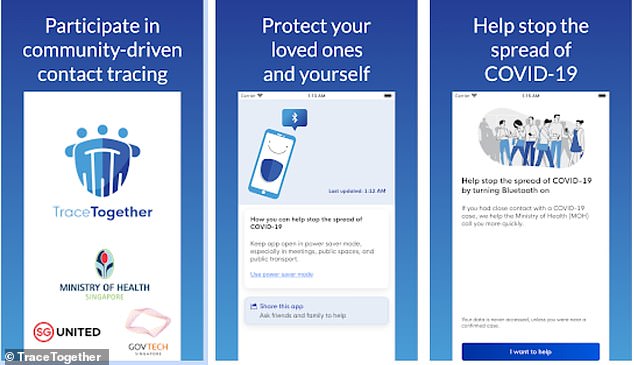 Singapore is using the TraceTogether application to help track the spread of the disease. Australia has been given the code to develop the surveillance software

The prime minister said the app would be a more efficient way of contact tracing coronavirus cases.

‘What would happen then is the health authorities, who are the only ones who’d have access to that data, would contact those people just like they do now,’ he said.

He said the digital information would prevent a reliance on people’s memories.

‘At the end of the day (that) would mean we’d save lives and save more livelihoods,’ Mr Morrison said.

Singapore, where about 20 per cent of people have signed up to the app, has provided coding information to Australia for development. 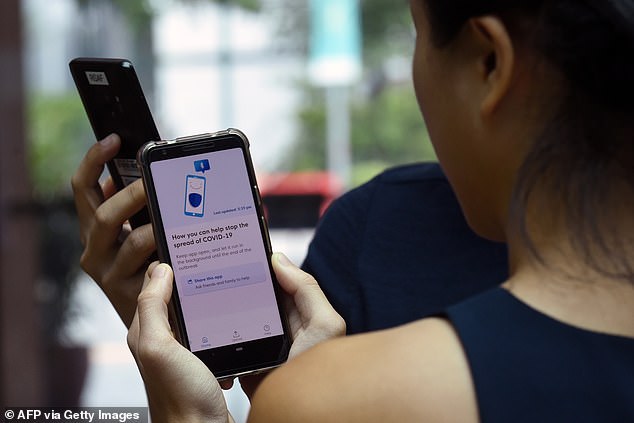 The TraceTogether app uses Bluetooth to track people who had spent 15 minutes or more in close proximity to a person with coronavirus, and is being used in Singapore

Australian health authorities estimate a 40 per cent take-up rate would been needed for the scheme to be efficient.

But Digital Rights Watch chair Lizzie O’Shea said people should be concerned about a location-tracking app with no guarantees about how data would be used.

‘No public trust means people will hesitate to install the app, and not-very-subtly coercing people by saying restrictions could ease if surveillance increases is an appalling way to start,’ she said.

Ms O’Shea said assurances the attorney-general would look at privacy issues were not enough.

‘Everything about this needs to be transparent. The code must be independently audited,’ she said.

‘There needs to be a clear benchmark for when data will no longer be collected and the app deactivated.’

Communications Minister Paul Fletcher said the app would only proceed if the government was satisfied with privacy safeguards.

‘That’s a matter that the attorney-general is very focused on,’ he said.

Chief Medical Officer Brendan Murphy told a New Zealand parliamentary hearing that Australia is ‘very keen to use it perhaps even more extensively than Singapore’.

‘Obviously there’s a conversation to have with the community about the acceptability of it but we think that idea, the TraceTogether app, is a really excellent one,’ he said. 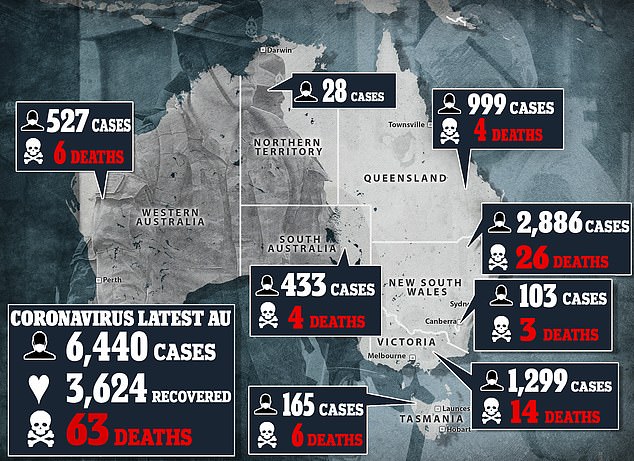