Scott Morrison has taken a shot at New Zealand while defending his economy that saw interest rates rise for the first time in 11 years.

The Prime Minister was asked about skyrocketing living costs in Australia, saying he ‘sympathised’ with residents but suggested they were lucky they weren’t living in neighbouring countries.

New Zealand is currently seeing inflation levels surging to 6.9 per cent, while Australia sits at 5.1 per cent.

‘Now I know Australians would be saying, well, what’s happening in the UK, in the United States and in Canada and Germany and France, what good is that to me if my prices are going up?’ he said to reporters.

‘Well, what that shield has done has ensured that what others are experiencing in other countries has not happened to the same extent here. Those almost 7 per cent inflation rates in New Zealand could have been here.’

Mr Morrison was then asked if his ‘shield was shattering’, before the PM again singled out Jacinda Ardern’s rivalling economy.

‘Absolutely not, because of what we’re seeing. And when you when you look at what Australia is experiencing compared to – look across the ditch in New Zealand,’ he replied, before a reporter cut him off and said ‘we don’t live in New Zealand’.

‘And what we have avoided in Australia is what is happening in those countries. And Australia’s economic policy shield that has seen our economy through these last two years is also what it is setting us up as we set out in the Budget for the decade ahead.

‘Now, when you look around the world, there are few places that people would rather be than right here in Australia. And the reason for that is, is the way we’ve steered this country through one of our most difficult times.’

The average weekly time earnings is just under $1,700 per week in Australia, while Kiwis earn substantively lower at $1,260.

Scott Morrison has taken a shot at New Zealand while defending his economy that saw interest rates rise for the first time in 11 years. New Zealand is currently seeing inflation levels surging to 6.9 per cent, while Australia sits at 5.1 per cent. 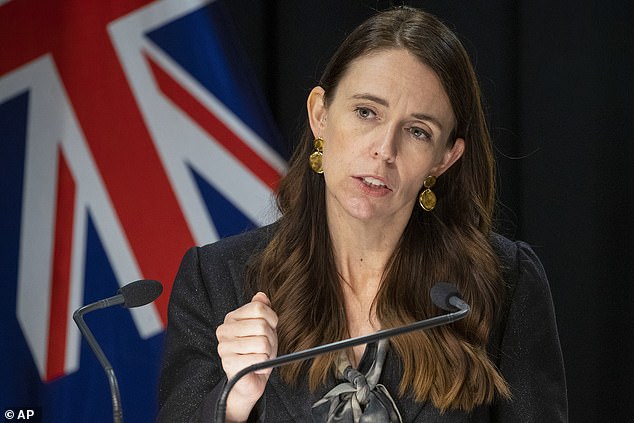 Jacinda Ardern has been slammed over a cost of living crisis in New Zealand. The average weekly time earnings is just under $1,700 per week in Australia while Kiwis earn substantively lower at $1,260.

Stats NZ revealed food prices have climbed 7.6 per cent in the 12 months from March 2021 to March 2022, with fruit and vegetables climbing a shocking 18 per cent.

Meat, poultry and fish has increased 8.7 per cent, restaurant food 5.1 per cent and non-alcoholic drinks 2.7 per cent.

Australian High Commissioner Patricia Forsythe believes New Zealand could see a huge number of residents migrating across the Tasman in search of better wages now borders have opened up again between the two countries.

‘In Australia, getting a tradie to do almost anything is going to be really, really difficult and so you see that the carrot, the magnet, coming over from New Zealand is going to become a real issue,’ she told the New Zealand Herald in March.

The massive construction of housing that will be required after the floods in New South Wales and Queensland could add to the drain, she warns.

‘I don’t think there is an easy answer because we pride ourselves on our seamless movement of people and our seamless economic market.’

Meanwhile, some Kiwis are even purchasing grocery items from Australia and having them shipped to New Zealand, as the cost of living surges.

They are saving up to 35 per cent by ordering groceries from Australia – even when including shipping costs.

An Otago woman saved 35 per cent off her bill last month by ordering long-life shelf items from Australia, such as pasta, nuts, rolled oats, shampoo and toothpaste.

The shopper said that she ordered the goods via Amazon and received her products within five days. 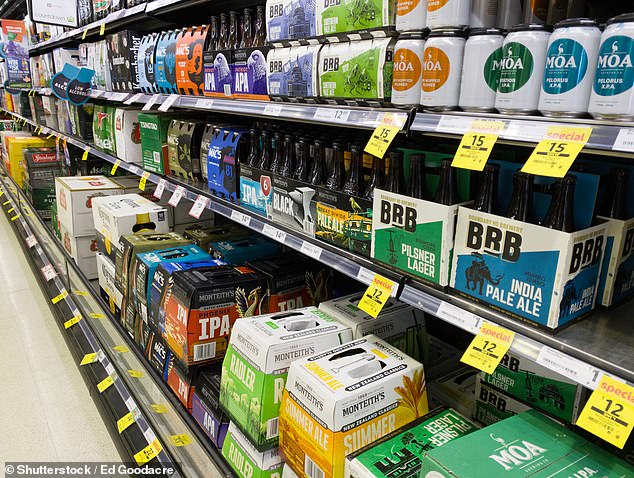 Kiwi food prices rose by 7.6 per cent compared with last year, with shoppers looking elsewhere for their groceries 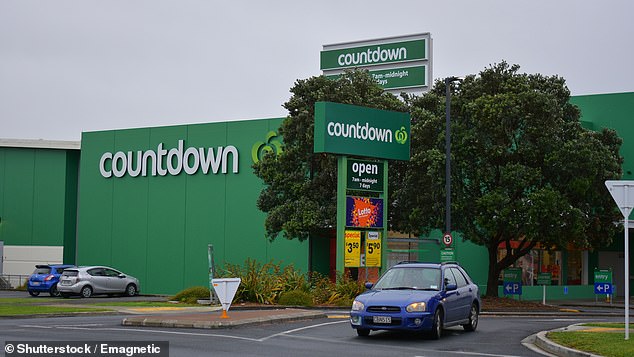 ‘There is nothing being put in place to pull their prices down, there should be tighter regulations and an encouragement of more competition,’ the retired engineer said.

‘There’s a duopoly going on there … there is just two of them working together, driving up prices, and the profits have been a lot higher than they would normally be for supermarkets.’

Mr Hobman said the country doesn’t have ‘cheapie’ stores like Aldi to go to.

‘People are coming from overseas and saying, “why are your prices so dear?”’ Mr Hobman said.

New Zealand supermarkets have come under scrutiny with the country’s competition watchdog finding ‘competition is not working well for consumers’.

The NZCC’s March report into the retail grocery sector said ‘if competition was more effective, the major grocery retailers would face stronger pressures to deliver the right prices, quality and range’.

Shoddy retail practices were also called into question with an imbalance of bargaining power between retailers and their suppliers.

Mr Hobman can afford to not feel the pressure as much as other low income earners in the country do, and orders items like milk and toothpaste directly from suppliers. 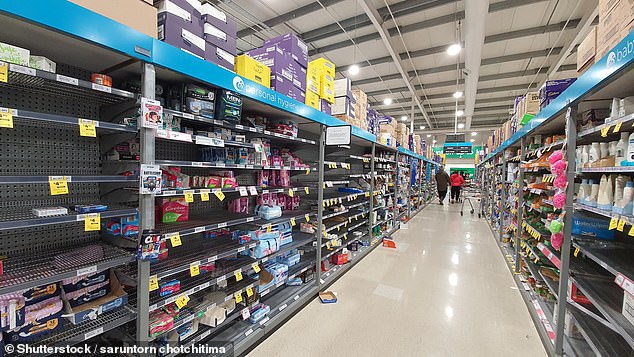