Australia has launched a pre-emptive strike on countries looking to hoard a coronavirus vaccine as the spiralling Victorian crisis continues.

The national coronavirus toll has risen to 140 after an unprecedented seven deaths in Victoria, where 300 new cases of the disease were recorded on Friday.

Scott Morrison discussed a potential vaccine with French President Emmanuel Macron overnight and is confident like-minded countries would make it available if one is found.

‘Any country that would hoard a vaccine discovery, I think, would not be met with welcome arms by the rest of the world,’ the prime minister said on Friday.

‘There’s an absolute obligation on whoever finds this to share it with the world.’

Mr Morrison pointed to Australia’s Doherty Institute sharing the first genetic reproduction of the virus with the world as an example.

‘We didn’t sell it, we didn’t restrict it, we shared it. We made sure that everybody could get it and we did it as soon as we found it,’ he said.

‘That’s the attitude, that’s the leadership Australia has shown and that’s what we’d expect from other countries when it comes to a vaccine.’ 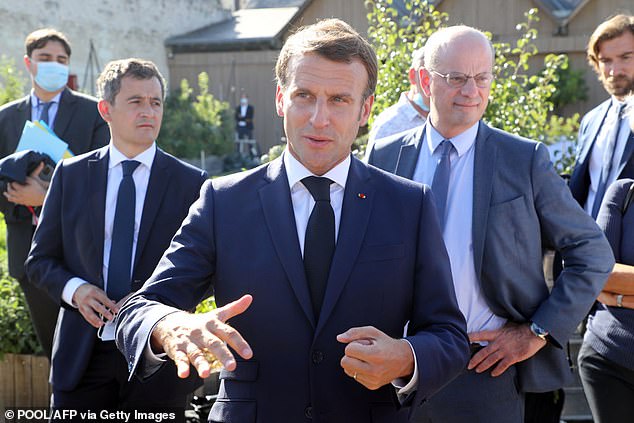 Mr Morrison said he had spoken with French President Emmanuel Macron (pictured, centre, on Wednesday) and was confident that he and like-minded countries would share a vaccine

Tasmania will open its borders to South Australia, Western Australia and the Northern Territory from August 7.

WA announced on Friday it would delay its phase five reopening plan until August 15.

The announcements come after federal, state, and territory leaders met on Friday amid a rising tide of concern as Victoria scrambles to control the deadly outbreak. 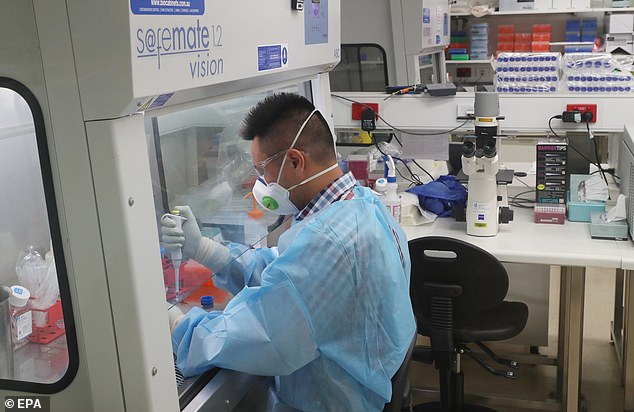 The national cabinet also agreed to tighten rules on testing truckies and freight movement over concerns drivers exempt from travel restrictions may spread the disease.

The recession also formed a key plank of the national cabinet meeting after the federal government’s budget update. 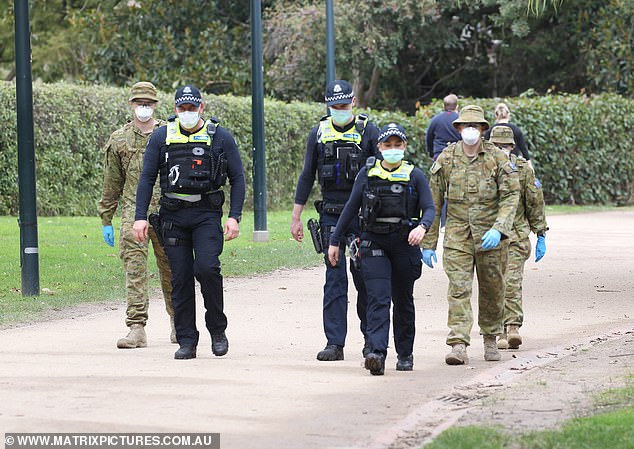 Mr Morrison said the focus was on bringing the effective unemployment rate of 11.3 per cent down rather than focusing on the headline jobless rate, which is expected to peak at 9.25 per cent.

Australian Defence Force personnel will doorknock Victorian homes of people who don’t pick up the phone after testing positive for coronavirus.

It’s part of improving the under-pressure contact tracing regime in that state.

There are 3,105 ADF members helping with the coronavirus nationally and almost half are in Victoria.

NSW recorded seven new cases on Friday, including six linked to a cluster at an outer Sydney restaurant behind 52 infections.

Queensland had two new cases on Friday, both in hotel quarantine.