Scott Morrison will fast-track 15 huge infrastructure projects worth $72billion to provide 66,000 jobs after the coronavirus-caused downturn.

The Prime Minister, who has already committed to spending $180billion on infrastructure over the next ten years, wants to bring the projects forward to boost the economy after the pandemic left 1.3million Australians out of work.

In a speech on Monday, Mr Morrison will announce he is prioritising 15 projects for fast-tracked approval across the transport, energy, defence and telecommunications sectors. 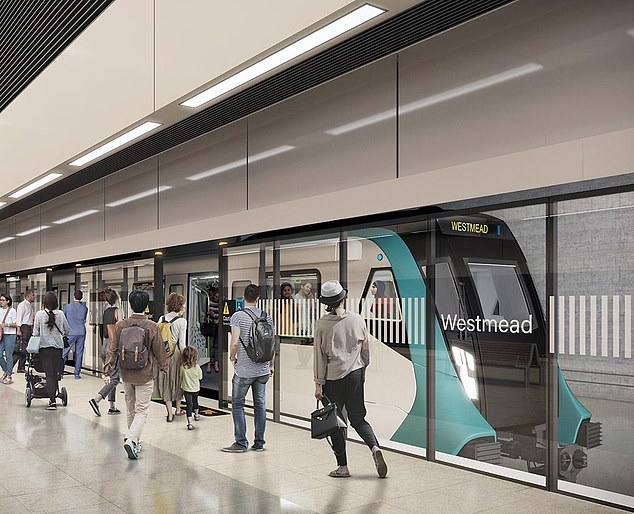 This is an artist’s impression of what the new Western Sydney metro line will look like when opened in 2026. Mr Morrison has already provided extra funding for the project

The projects include the inland railway line from Melbourne to Brisbane, the Marinus Link to take electricity from Victoria to Tasmania, an extension of the Olympic Dam in South Australia, emergency town water projects in New South Wales, and road, rail and iron ore projects in Western Australia.

Daily Mail Australia understands the government will list all 15 projects in the coming weeks.

In total, they are worth $72billion in public and private investment and will support 66,000 direct and indirect jobs.

‘As we come out of the COVID crisis, infrastructure can give us the edge that many countries don’t have,’ the Prime Minister will say at the National Press Club in Canberra.

‘This isn’t just the roads and rail that get us to work and school.

‘It is dams that improve water security and underpin an expansion of high-value agriculture. 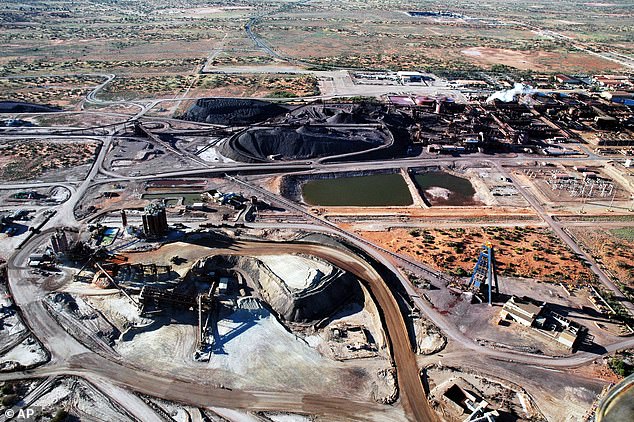 An aerial view of the Olympic Dam uranium mine, located 560 km north of Adelaide, near the opal mining center of Andamooka 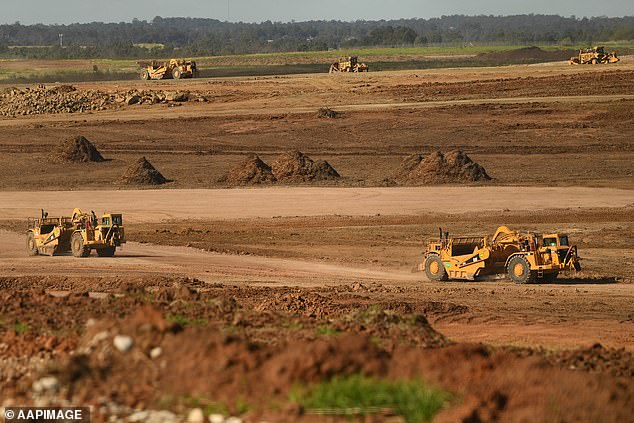 ‘The telecommunications services that keep us connected.

‘The poles and wires which are critical to removing bottlenecks in our electricity grid, improving competition and driving down prices.

‘Our investments span everything from major projects that will transform how our industries operate, to the small projects that deliver big benefits to families every day.’

The government wants the 15 projects to be approved in 21 months rather than the 3.5 years it usually takes for approval.

The Prime Minister will need the co-operation of state and territory leaders to get the projects under way.

‘We need to bring the same common sense and cooperation we showed fighting COVID-19 to unlocking infrastructure investment in the recovery,’ he will say.

‘And I’ve asked them all to lift their ambition further, and work with us through the National Cabinet to make deregulation a focus of Australia’s economic recovery.’ 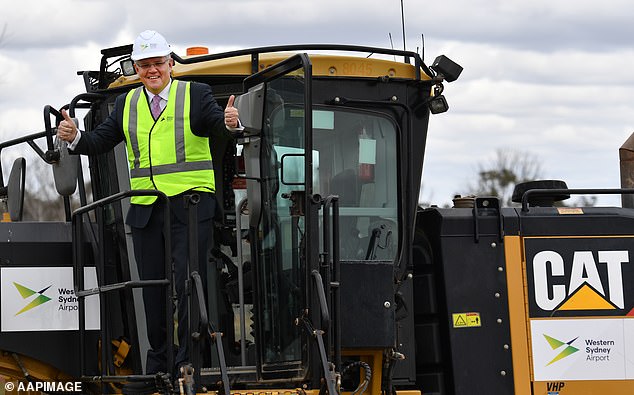 The Prime Minister will also announce that he is bringing forward $1.5 billion in funding for smaller infrastructure projects to start straight away.

Some $500million of that is for projects to improve road safety such as new bridges, street lighting, tunnels, and heavy vehicle rest areas.

Since November the government has brought forward $9.3billion in infrastructure investment.

This includes $1.75 billion of additional funding for a new metro line linking the under-construction Western Sydney Airport to the CBD.

Initial construction on the $11billion rail line begins this year and the major works will start in 2021.

The metro line will run from St Marys train station to the airport’s north, via Luddenham and Orchard Hills.

What’s being built in your state: ScoMo’s infrastructure projects

· Inland Rail from Melbourne to Brisbane;

· Marinus Link between Tasmania and Victoria;

The PM wants to spend $100billion on transport infrastructure over the next 10 years. In November he highlighted the following projects:

Due for funding in the next four years:

Light rail on the Gold Coast

The M1 in Queensland

The Tonkin Highway in WA

The Princes Highway in NSW

The Monash Freeway in Melbourne

Airport in Western Sydney in 2026

Earlier this month, the federal government announced an extraordinary scheme to stimulate the economy by giving people $25,000 to renovate their homes or build a new house.

Australians can get the cash sent directly to their bank accounts under Scott Morrison’s new ‘HomeBuilder’ scheme designed to rescue the country from its first recession in 29 years.

The government has also extended the $150,000 instant asset write off scheme until the end of the year, allowing businesses to keep spending even during the lockdown-caused recession.

The policy lets businesses buy equipment worth up to $150,000 and immediately deduct that cost from their profits, meaning they pay less tax.

The limit was raised from $30,000 to $150,000 in March as the impact of the lockdown on businesses became clear. It was supposed to revert back to the lower amount on 30 June but will now last until 31 December. 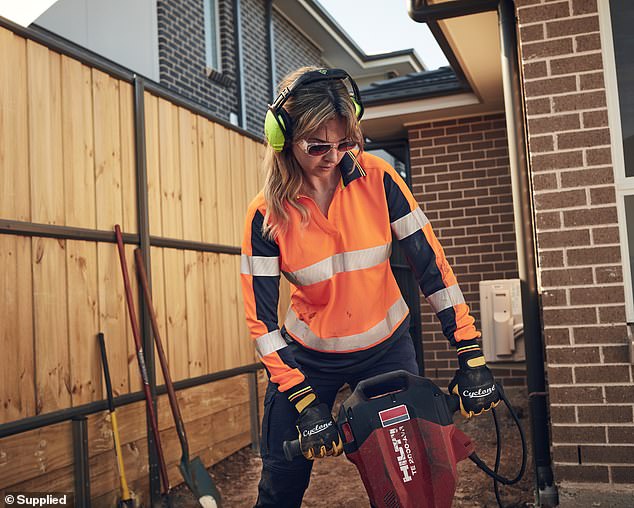 The government has extended the $150,000 instant asset write off scheme until the end of the year