By Dan Ludlam For Mailonline

Fulham boss Scott Parker has hailed the impact Arsenal youngsters Bukayo Saka and Emile Smith Rowe have made this season.

The duo were instrumental in firing Arsenal into the Europa League semi finals on Thursday and their ever-growing influence on the first team has left Parker impressed.

With Fulham battling the drop, Parker admits his young squad will face a huge test of character in their remaining six Premier League games, starting with Sunday’s trip to the Emirates.

The Fulham boss takes encouragement from Saka and Smith Rowe’s development and wants his young players to seize their opportunity to complete the great escape.

‘What young players normally bring is an energy and a real freedom at times,’ Parker explained. 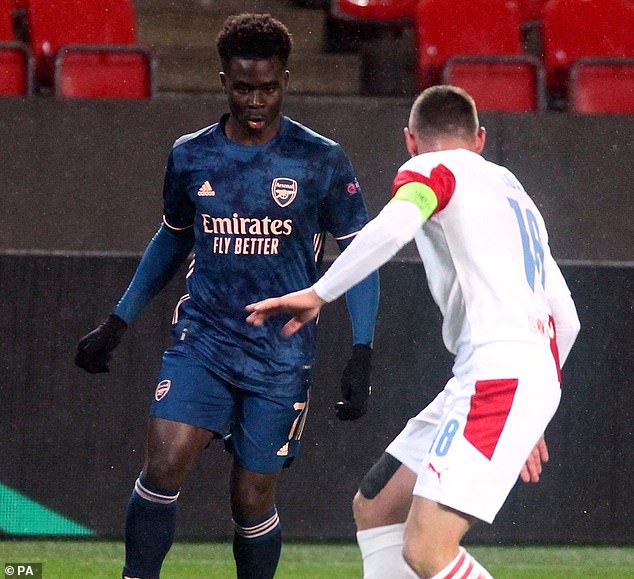 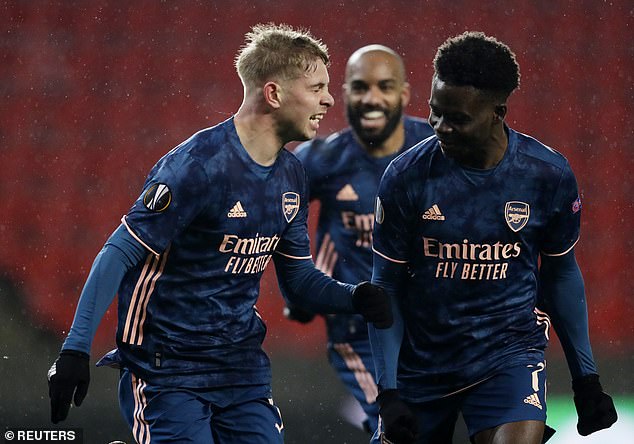 ‘Developing teams and developing individuals really. This team, like I said, is a young team.

‘The players you’ve suggested at Arsenal, Saka and Smith Rowe, are players with huge quality, they have huge potential.

‘The reason they are playing in that team is because they offer something and they make Arsenal better and that’s the same with us.’

Fulham went into this weekend six points adrift of safety and Parker has called on his young squad to show their mettle in the face of adversity.

‘I want an energy, I want a resilience and an excitement to go and play football,’ he added.

‘Go and showcase your quality and I know that if we can do all those things then we can give anyone a game.’