Mychal Kendricks has been suspended indefinitely by the NFL for his involvement in an insider trading scheme that allegedly netted $1.2 million in profits for the veteran linebacker. The Seahawks signed Kendricks after he was released by the Browns

Seattle Seahawks’ Mychal Kendricks has been suspended indefinitely by the NFL for his involvement in an insider trading scheme that allegedly netted $1.2 million in profits for the veteran linebacker.

On September 6, Kendricks pleaded guilty before a federal judge and faces up to 25 years in prison, with sentencing scheduled for January 24.

Kendricks, who turned 28 last Friday, admitted before a federal judge in Philadelphia that he swapped cash, NFL tickets and access to parties with a Wall Street-connected associate for non-public, market-shifting information.

Prosecutors said Kendricks netted close to $1.2 million in profits off the trading during his two-year arrangement with a former Goldman Sachs analyst, Damilare Sonoiki.

Like Kendricks, Sonoiki faces a maximum possible sentence of 25 years imprisonment, a three-year period of supervised release, a $5,250,000 fine, and a $200 special assessment.

The pair may also be forced to forfeit all proceeds from the scheme.

According to the SEC filing, Kendricks and Sonoiki met at a party in 2013 and stayed in contact, ultimately exchanging investment and business ideas.

In 2014, Sonoiki began providing the nonpublic information about Goldman Sachs-advised deals to Kendricks in exchange for approximately $10,000 in cash and other kickbacks, such as Eagles tickets. 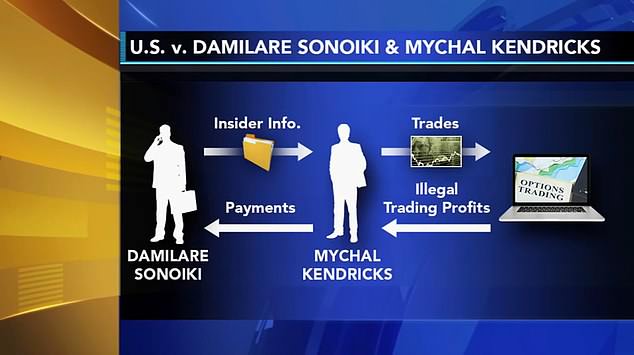 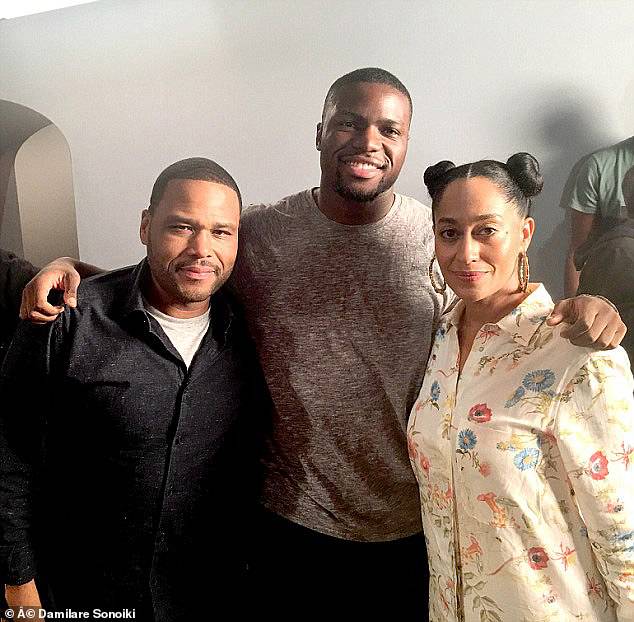 ‘According to the information, from July 2014 to approximately March 2015, Sonoiki and Kendricks conspired together to commit securities fraud,’ read the press release from the U.S. Attorney’s Office for the Eastern District of Pennsylvania. 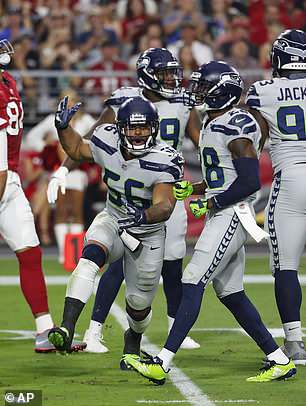 The Seahawks signed Kendricks little more than a week later and he has played in three games with the team. He has 15 tackles and two sacks

‘Relying on the material non-public information he received from Sonoiki, the information alleges that Kendricks purchased call options in the target companies, Compuware, Move, Sapient, and Oplink. When the proposed merger was announced in each case, the value of Kendricks’s options went up significantly.’

Besides being an analyst, Sonoiki also wrote for the ABC comedy ‘Black-ish during the 2015-16 season.

The Seahawks signed Kendricks little more than a week after he was released by the Cleveland Browns in August. He has 15 tackles and two sacks in three games.

Kendricks appeared in 85 games (74 starts) with the Philadelphia Eagles from 2012-17. He recorded 14 sacks, three interceptions and five fumble recoveries in that span.

Kendricks was part of Philadelphia’s Super Bowl-winning team last season. He was released in May. 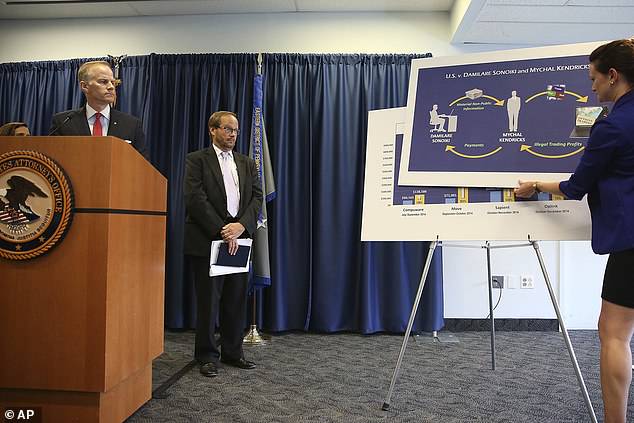