Since he walked out on his 21 year marriage in 2016, Karl Stefanovic and ex-wife, Cassandra Thorburn have publicly traded a series of stinging barbs.

But in the aftermath of his unceremonious sacking from Channel Nine, talent agent Sean Anderson has offered some career advice going into the future – ‘find peace with Cassandra’.

The media guru, who steers the career of megastar model Jennifer Hawkins, claimed sorting out his personal life was key to Karl’s next professional move because they drama playing out with the mother of his children was ‘damaging’.

‘My best career advice to Karl would be to find peace with Cassandra,’ Anderson told Daily Telegraph on Saturday.

‘I knows it’s easier said than done but the drama playing out between them in public is so damaging.’ 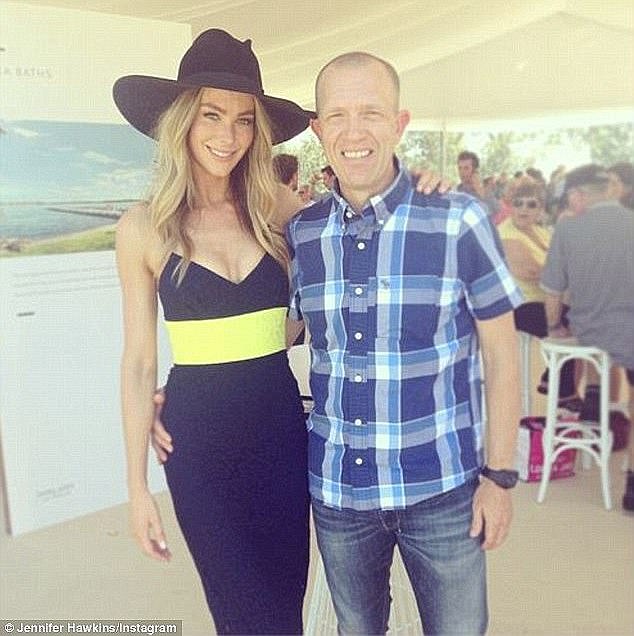 Wise words: Anderson, who steers the career of top model Jennifer Hawkins (left), claimed sorting out his personal life was key to Karl’s next professional move

Relations between the warring former couple, who share three children – Jackson, 19, Ava, 13 and River, 12 – reached an all-time low since Karl, 44, tied the knot with Jasmine Yarbrough, 34, in Mexico earlier this month.

The former TV producer, 47, reportedly went on a tirade against her ex-husband at Sydney Airport the day after he got hitched in a lavish ceremony.

And PR guru Roxy Jacenko recently weighed in on the bitter feud, advising Cassandra to maintain a dignified silence.

‘Stop talking!’ Roxy, 38, said to Daily Mail Australia on Tuesday, while offering some of her trademark no-nonsense advice, before adding: ‘I’ve learned the less said the better.’

Despite this, the publicist acknowledged that Cassandra was justified in feeling upset about the divorce, given that she made career sacrifices during her marriage to Karl.

‘She comes from a background of TV producing, she was there from the beginning for Karl, she sort of watched him come through the ranks to become very successful,’ she said.

‘And she took the role of being the mum at home. So I suppose [she can say] she put her career on hold. So she’s right to be upset. I mean, look, you would be. It’s heartbreaking.’ 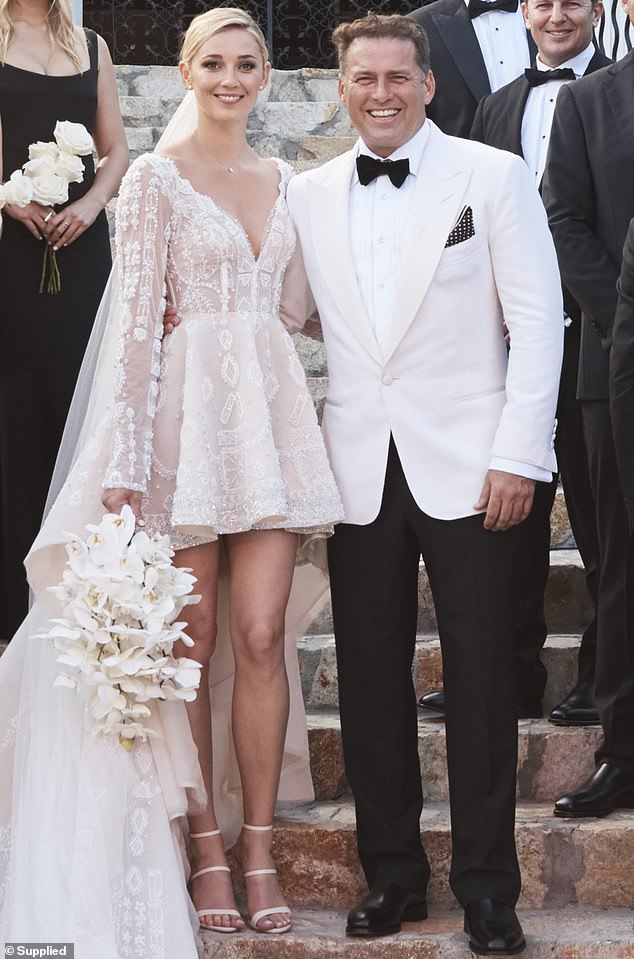 Nuptials: Karl and Jasmine married in Mexico on December 8 (pictured), which prompted Cassandra to launch into a furious ‘tirade’ against her ex-husband the day after the wedding