Sean Cox smiles as he poses with Jurgen Klopp following Liverpool’s win over Manchester City after attending first match since he was attacked by rival fans outside Anfield in 2018… as manager says: ‘If he moves here, he gets a season ticket 100%!’

Sean Cox got the chance to celebrate Liverpool’s victory over Manchester City with Jurgen Klopp as he met with the manager at the end of his return to Anfield to Sunday.

The lifelong Liverpool fan was all smiles as he posed for a picture with the Reds boss after watching the league leaders extend their lead at the top to nine points with a 3-1 win over the back-to-back champions.

Sean, from Dunboyne in County Meath, was assaulted by a Roma supporter outside Anfield back in April 2018 before Liverpool’s Champions League semi-final tie.

The 53-year-old father of three was the victim of an unprovoked attack as he made his way to Liverpool’s ground for the European clash, and the assault left him with life-changing injuries.

But after nearly 18 months of treatment back in Ireland after sustaining a serious brain injury, Sean is currently continuing his recovery at a rehabilitation centre in Sheffield.

Roma supporter Simone Mastrelli was in February jailed for three-and-a-half years for the attack. 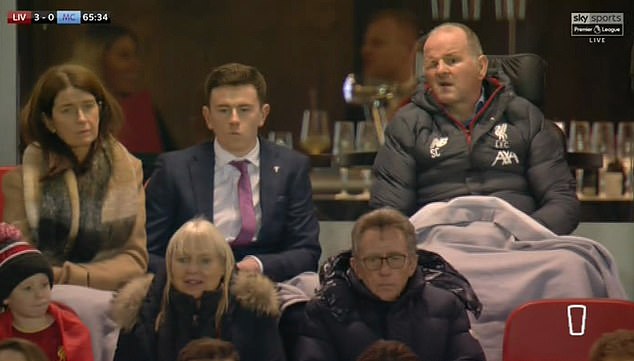 Klopp told reporters about his meeting with Cox following the game, saying ‘it was very nice to see him.

‘He was very happy to see me, but I was much happier to see him! His wife and son were there as well, it was a wonderful day as well. If he moves to Liverpool he gets a season ticket 100%!’

Liverpool CEO Peter Moore told the club website ahead of the game: ‘We’re delighted to welcome Sean and his family back to Anfield. 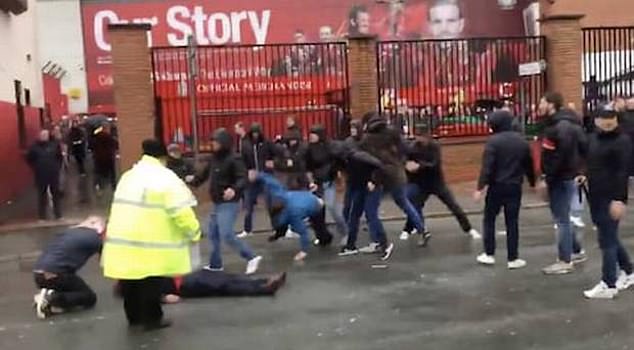 ‘I am sure it will be an emotional return the family; however, the club has worked closely with the Cox family to ensure that their visit is made as easy as possible, and that they are given all the space and comfort that they need.

‘The way that our fans have supported Sean and the Cox family is a testament to their commitment to the LFC family, and we know this will be the case again on Sunday.’

The news regarding Sean’s return comes as comedian John Bishop gets ready to host a star-studded show on January 10, in a bid to raise funds for the Sean Cox Rehabilitation Trust.