‘Take a picture in the shower’: Sean Price lured the girl from Sydney, Australia to Queens, New York, for sex

Snapchat sex groomer Sean Price, 39, has been sentenced to 35 years behind bars after a US jury found him guilty of transporting a minor for the purpose of sexual activity and attempted sexual exploitation offenses.

Home affairs secretary Peter Dutton has since encouraged Australian families to warn their children to be wary of who they talk to online.

She jumped on a flight from Sydney to Los Angeles in April 2017 and Price then drove her across the country to his home.

US court documents revealed new details of the bizarre saga – and the months of conversations where Price gradually lured her some 16,000km from home.

The shocking texts – and promises of marriage and US citizenship – that a convicted killer used to lure a Sydney schoolgirl to New York for sex have been revealed.

‘Take a picture in the shower,’ Price told her, in one conversation on social media. ‘I want to see your (private parts)’. 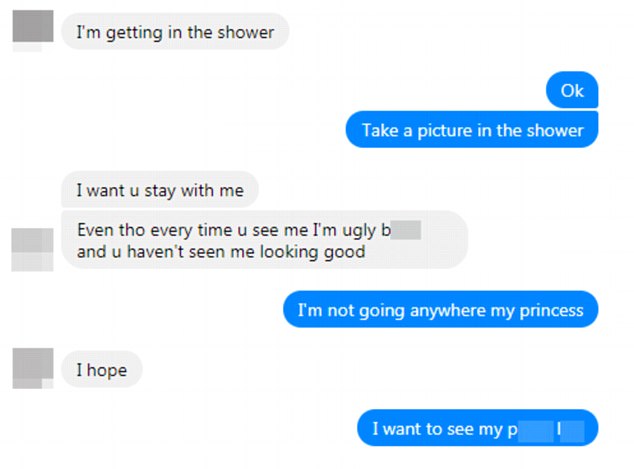 ‘Take a picture in the shower’: One of the lurid exchanges sent between the girl – known as ‘Jane Doe’ in court documents – and Sean Price, who faces life in prison for his crimes 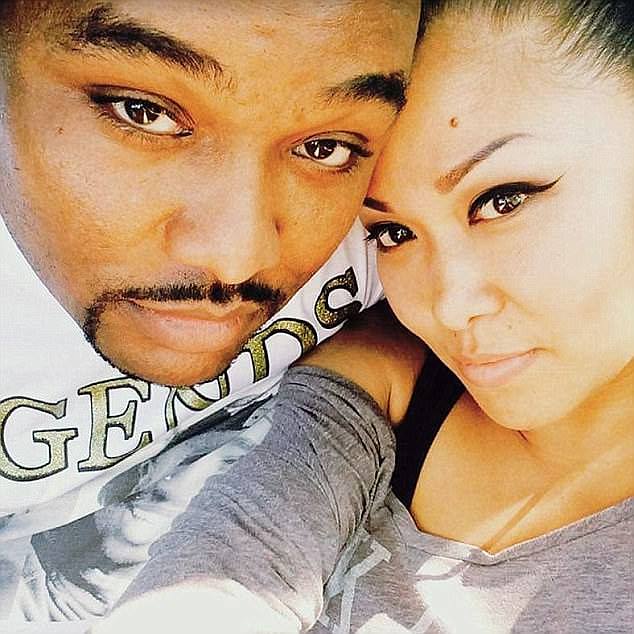 ‘This is horrifying,’ said Price’s former wife, Rhyse (pictured with Price), when she spoke to Daily Mail Australia last year 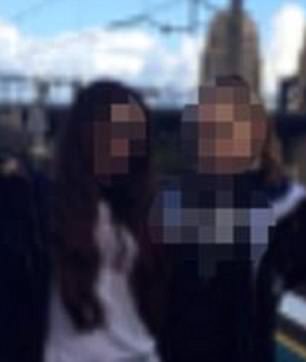 The girl, left, travelled to Los Angeles to meet Price

In their conversations, Price called her ‘my princess’ and after learning she didn’t need her parents’ permission to fly internationally, said: ‘So you coming to papa?’

Price promised the girl ‘marriage, a family and the hope of US citizenship’ in their chats, a prosecution letter to the court said.

He encouraged her to find people who could get her a fake passport and they exchanged sexual pictures.

Price – whose lengthy criminal record includes a criminally negligent homicide conviction for a passenger’s death in a car crash – wired her money and gave her suggestions on how to cover her tracks and destroy their communications.

In court documents, the prosecution argued that the trial evidence would show ‘(the girl) believed that she was in a romantic relationship with the defendant’.

‘(Price) had agreed to help her run away from home notwithstanding the fact that he knew she was 16 years old and suffering from mental illness.’

The girl was a prolific user of social media – with more than 40,000 followers on Instagram, a defence letter to the court said.

Investigators were told the Australian often used social media to speak to American men aged between 20 and 40.

Friends said she generally only followed one person on Instagram – the man she was speaking to at the time. 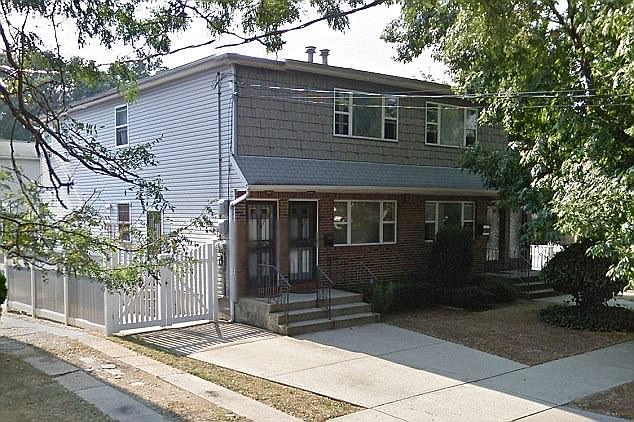 Far away from home: This is the double-storey property in Jamaica, New York, where Sean Price was living with the 16-year-old girl in May 2017 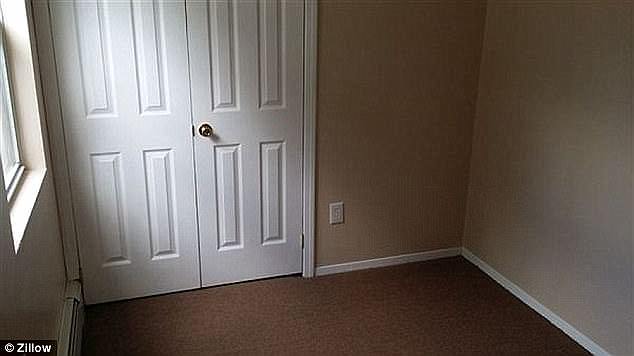 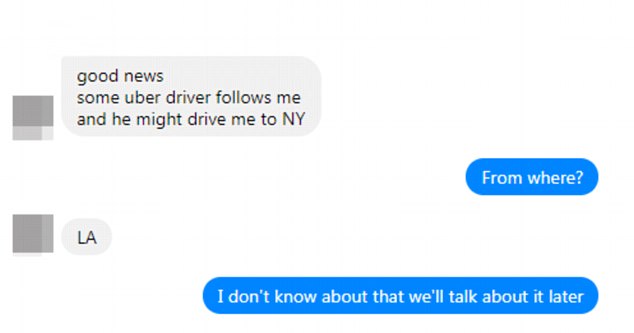 ‘He might drive me’: In one exchange, contained within court documents, the girl said an Uber driver who followed her on social media might transport her on the 4,500km trip from LA to NY

Messages contained in a defence letter show the girl talking about plans for the 4500km leg of the trip from LA to New York.

‘good news. some uber driver follows me. and (h)e might drive me to NY,’ she said.

‘From where?’ Price asked.

‘I don’t know about that we’ll talk about it later,’ Price said.

In the same letter, the defence pointed to a lengthy diatribe where she accused him of ignoring her three days before she was due to travel to the United States.

‘Baby I’m gonna start login off I was sleeping wyd (what you doing),’ Price said. ‘Relax yourself’. 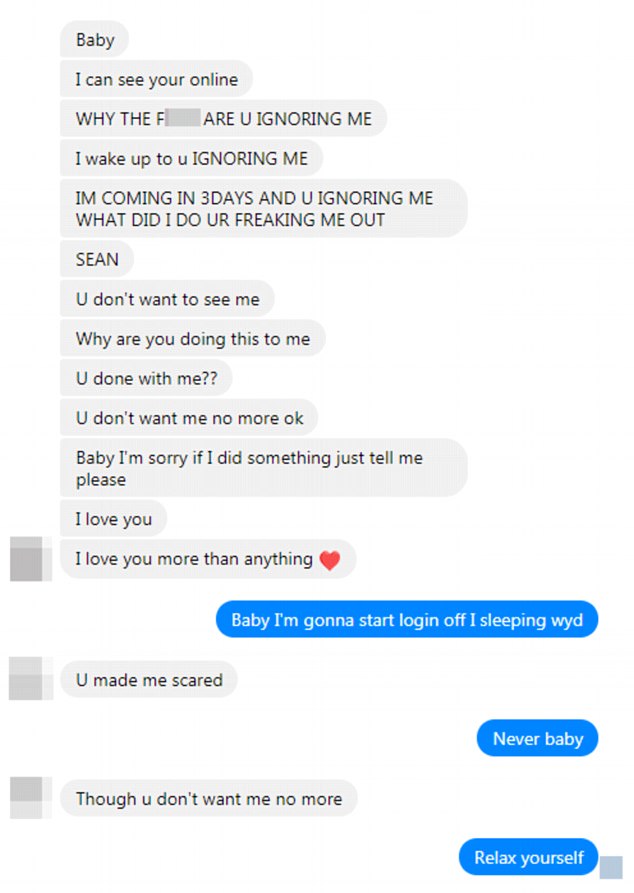 Three days before she fled Australia for the United States, the girl and the convicted criminal had this exchange on Facebook messenger, according to court documents 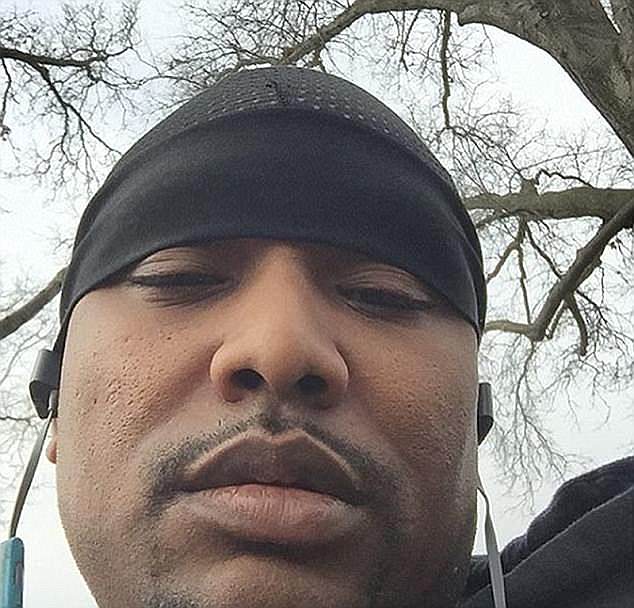 Price, 39, has been sentenced to 35 years behind bars after grooming a 16-year-old girl for sex online

The girl flew to LA on April 11, 2017. Price met her there, hiring a rental car and driving her across the country to his mother’s home in New York, the court heard.

She texted a friend on April 14 to say: ‘I am happy for once’, Price’s defence lawyer claimed in a court filing.

In the weeks that followed, Australian police searched the girl’s laptop and spoke to her friends, court papers claimed.

In May – a month after she left Australia – NYPD officers raided Price’s home and recovered the girl and she was brought home to her parents.

Price was last month was found guilty of interstate and foreign transportation of a minor to engage in sexual activity and attempted sexual exploitation of a child.

In a statement, US Immigration official Angel Melendez said: ‘Price lured a teenage girl across the globe to satisfy his own sordid desires, taking advantage of her youth and preying on her vulnerability.’

The local US Attorney said Price had been ‘held … accountable for his predatory conduct’.