Sean Spicer gets the presidential seal of approval for joining DWTS

Donald Trump has taken to Twitter to share his glowing support for Sean Spicer joining the new season of Dancing With The Stars as a celebrity contestant, despite public outrage over his casting.

‘Just heard that Sean Spicer will be on “Dancing with the Stars.” He will do great. A terrific person who loves our Country dearly!’ the president tweeted Thursday evening.

Spicer beamed with pride as he was announced as a contestant on DWTS’ season 28 celebrity line-up on Good Morning America on Wednesday, but the public was indignant with his casting and accused the show of supporting Trump’s administration.

The backlash was so bad show host Tom Bergeron issued a public apology for the politically ‘divisive’ booking. 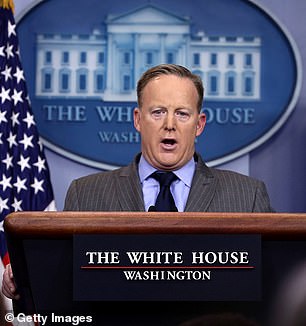 Donald Trump has given Sean Spicer the presidential seal of approval for joining the cast of Dancing With The Stars, despite public outrage

Trump tweeted his support of the former White House Press Secretary saying ‘He will do great. A terrific person who loves our Country dearly!’

But Spicer has no plans to hang up his dancing shoes and now has the support of the president as he competes in the show alongside celebrities like Queer Eye’s Karamo Brown, The Bachelorette’s Hannah Brown, and supermodel Christie Brinkley.

‘It’s time to have some fun. Excited to join a great cast and show,’ Spicer tweeted Wednesday.

On Wednesday hours after the Bergeron welcomed Spicer to the show on GMA, he took to Twitter to share that he asked producers to avoid including political figures in this season’s cast.

‘I offered suggestions for Season 28. Chief among them was my hope that DWTS, in its return following an unprecedented year-long hiatus, would be a joyful respite from our exhausting political climate and free from inevitably divisive bookings from ANY party affiliations,’ the 64-year-old tweeted Wednesday. 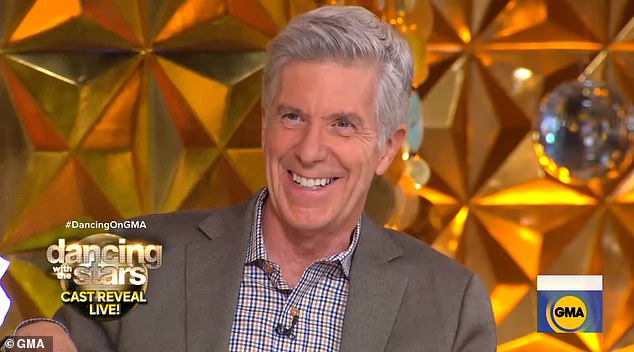 Trump’s support comes after DWTS host Tom Bergerson released a statement on Wednesday apologizing for the politically ‘divisive’ casting, saying he asked producers to avoid casting politicians because the show should be a joyful respite from our exhausting political climate’ 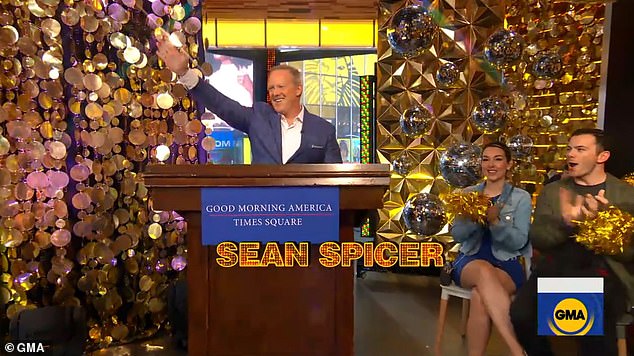 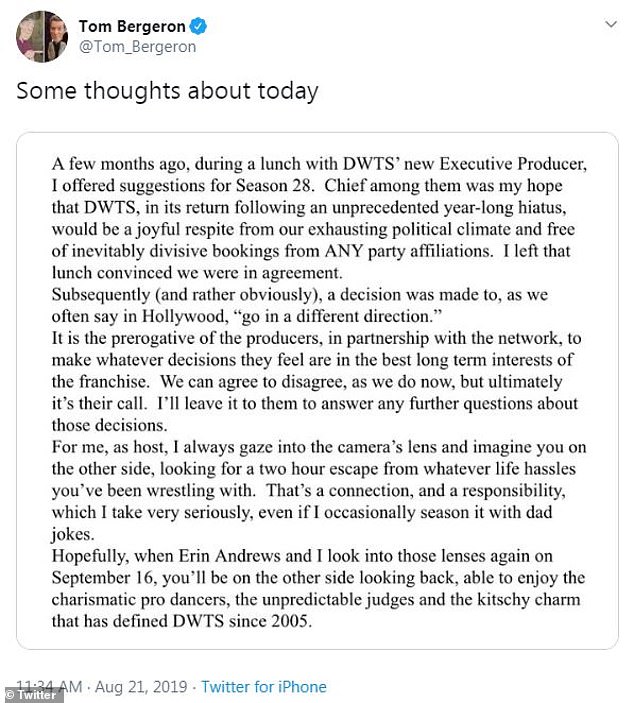 He added: ‘I left that lunch convinced we were in agreement. Subsequently (and rather obviously) a decision was made to, as we often say in Hollywood, “go in a different direction”.

‘It is the prerogative of the producers, in partnership with the network to make whatever decisions they feel are in the best long term interests of the franchise. We can agree to disagree, as we do now, but ultimately it’s their call. I’ll leave it to them to answer any further questions about those decision.’

On Thursday Spicer appealed for conservatives to vote for him on the show and said he agreed with Bergeron’s statement that the show should be politics-free.

After Fox & Friends host Ainsley Earhardt said about Bergeron: ‘I hate that he brought up politics. 50 percent of this country is going to be watching and they’re conservative and they support this president, this administration,’ Spicer laughed and replied: ‘And I need their vote.’

‘He’s entitled to his opinion, I share his sentiment, this should be two hours of politics-free,’ Spicer said on the show Thursday.

‘But more than that I hope this show is an example of a bunch of people from different backgrounds leaving politics aside and having a civil time.’

Spicer said it’s a chance to ‘come together show much you can enjoy each other’s company’.

He added: ‘Too much of what we have in this country is every single conversation has to turn to politics.’ 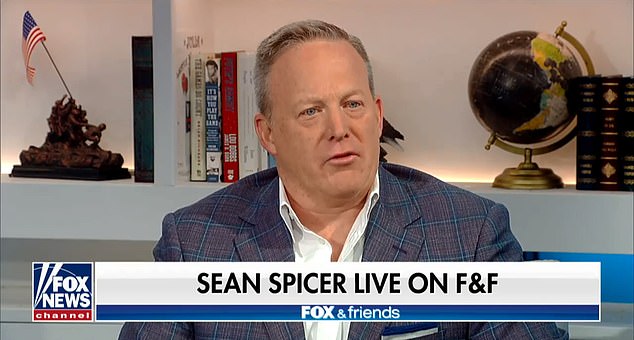 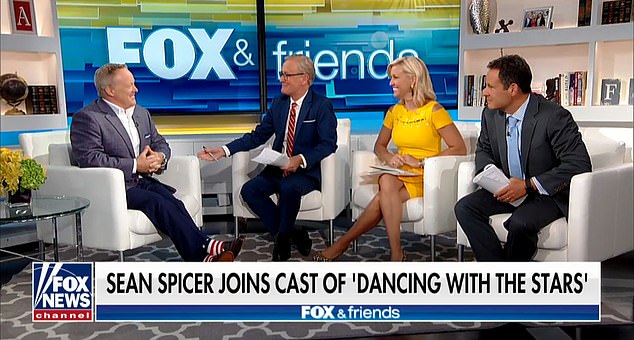 On GMA, Bergeron didn’t let Spicer forget his time on President Trump’s team as he joked: ‘The nice thing is Sean will be in charge of assessing audience size.’

Spicer had claimed about Trump’s inauguration: ‘This was the largest audience to ever witness an inauguration, period.’

Spicer resigned from his role as White House Press Secretary in July 2017 and has been accused of repeatedly lying for Trump and exaggerating the crowd size at Trump’s inauguration, falsely boasting that it was larger than Barack Obama’s.

Spicer was unveiled as a part of the new cast on Wednesday as it was revealed he could cash in a whopping $295,000 for his fancy footwork.

Spicer has been laying low since resigning from the White House, where he earned a reported $180,000.

Despite the public outrage, Spicer had been invited to join DWTS two years ago in August following his resignation. TMZ reported that he rejected the offer at the time because he was too busy.

The casting was met with bitter backlash online, leading Jon Cooper, the Chairman of the Democratic Coalition, to slam the show as ‘Dancing to Facism’, adding ‘screw you for normalizing Sean Spicer.’

Comedian Dana Goldberg joked: ‘Will he just be dancing around the truth?’