Sean Stewart had been quarantining during the earlier months of the COVID-19 pandemic with his rocker father Rod Stewart, and other family members, at his mansion in Florida.

But now, back at home in Los Angeles, television personality has been seen out in public in recent days spending some quality time with a mystery woman.

And on Wednesday the pair were spotted packing on the PDA when they waited for an ice cream order outside an establishment in West Hollywood.

Out and about: Sean Stewart, 39, enjoy some ice cream with a mystery female companion during a stroll in West Hollywood on Wednesday

The loved-up couple shared a number of passionate hugs before enjoying their tasty cold treat.

Sean, who’s known for his works in the television shows like Sons Of Hollywood and Celebrity Rehab with Dr. Drew, kept it casual in sporty black shorts, a black t-shirt and white sneakers.

In adherence to the still ongoing virus, the 39-year-old also donned a protective mask that he kept on with the exception of when he ate his ice cream. 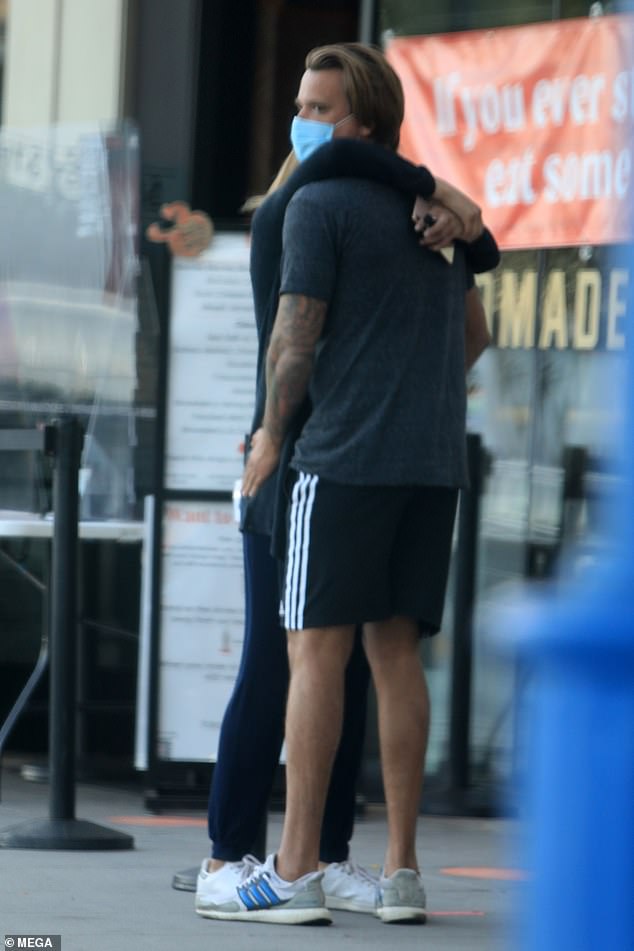 PDA: Stewart and his lady shared some passionate hugs as they waited for their tasty treats 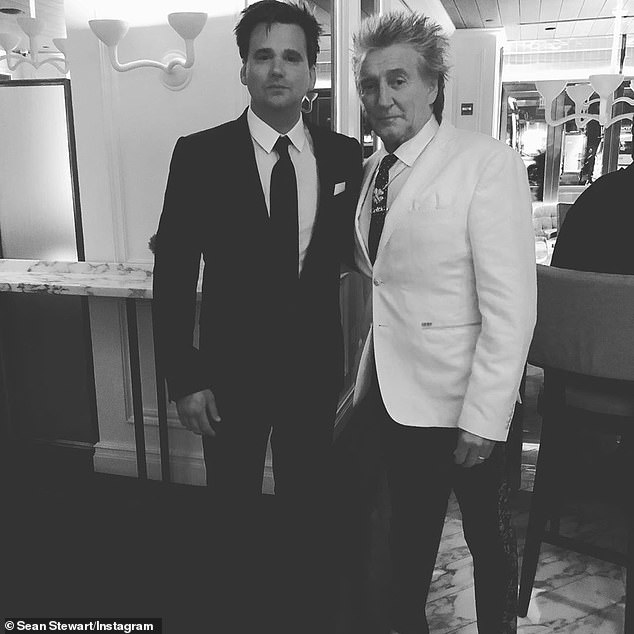 Rock royalty: The TV personality is best known as the son of legendary rocker Rod Stewart

His companion looked casual but stylish in a black pants, a matching top and white sneakers.

She too covered her face with a blue mask and had her light brown hair styled long, straight and with a part in the middle.

It didn’t take too much time before the pair got their individual ice cream cups and continued on with their afternoon stroll. 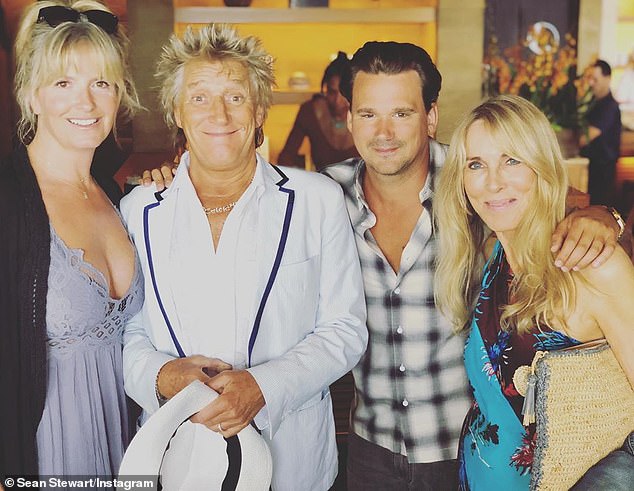 Family support: Sean had been quarantining with family at his dad’s mansion in Florida during the early months of the COVID-19 pandemic; he is pictured with his mother Alana Hamilton,  his dad, and Rod’s current wife Penny Lancaster in August 2019

Just two days earlier, Sean and his mystery lady were spotted in Malibu meeting up with friends that included the likes of a very pregnant Ashlee Simpson and her husband Evan Ross.

Sean is one of eight children, Rod Stewart, now 75, has fathered with five different women.

Rod The Mod, as he’s been called over his legendary career, is one of the best-selling musical artists of all time, selling more than 120 million records worldwide since the early 1960s. 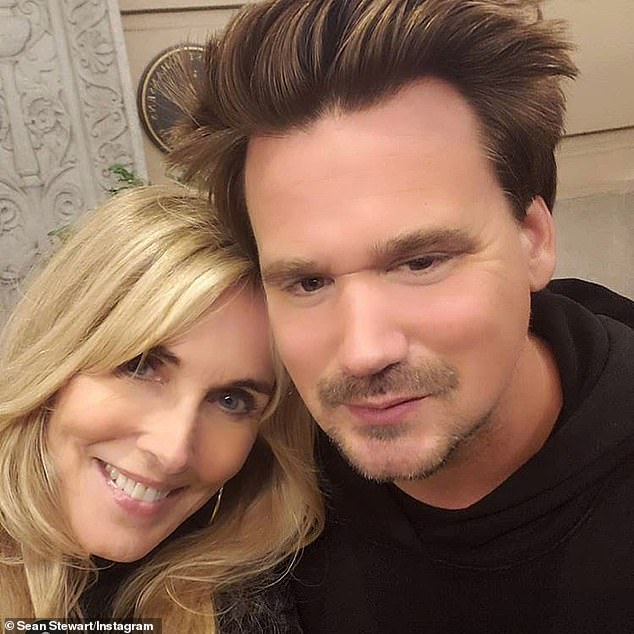 Motherly love: Sean is one of eight children, Rod Stewart, has fathered with five different women; Sean is seen with his mother Alana Hamilton in October 2019