Police divers scour ponds in hunt for missing Oklahoma toddlers, two and three, after their mother was arrested on child neglect charges

A search for two missing toddlers in Oklahoma is entering its fifth day today with their mother in custody on suspicion of neglect.

Miracle Crook, three, and her brother Tony Crook, two, were last seen on Friday at a convenience store in Tulsa and subsequently at their apartment.

Police have been stopping cars at the apartment complex while divers search in local ponds.

But Tulsa’s police chief said last night that cops had ‘no valid information’ so far and acknowledges that the children may be dead.

The children’s mother, 24-year-old Donisha Willis, was arrested on Friday night accused of child neglect and assaulting a police officer. 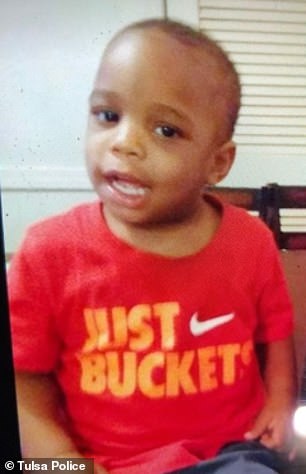 Miracle Crook (pictured left), aged three, and her brother Tony Crook (right), two, were last seen on Friday at a store in Tulsa and subsequently at their apartment 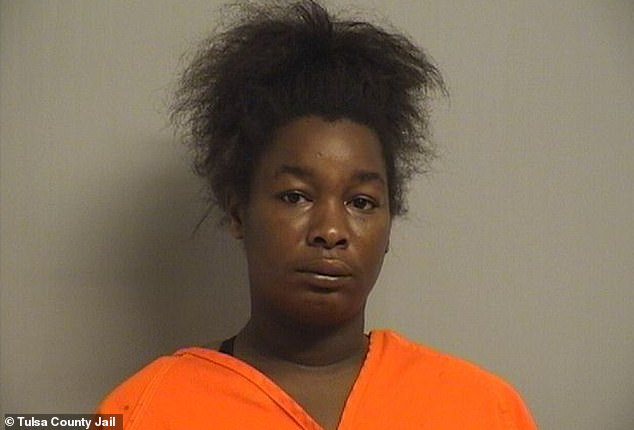 At the time, police said the toddlers had last been seen by a relative on Thursday evening.

However, cops subsequently published a surveillance photo which showed them at a convenience store on Friday morning, when they were with their mother.

Half an hour later at 9am, a witness saw the mother and her children back in the Shoreline apartment complex, but the youngsters have not been seen since.

Willis, the mother, was arrested after 10pm on Friday evening and is being held on bond in a county jail, according to inmate records.

She does not have custody of the children, whose aunt is their guardian. Police chief Wendell Franklin said she was not forthcoming with investigators.

Speaking to local media, Franklin acknowledged that the children may be dead.

‘There’s absolutely no way they could’ve survived 24 hours out here by themselves, so we need the public to help,’ he said. 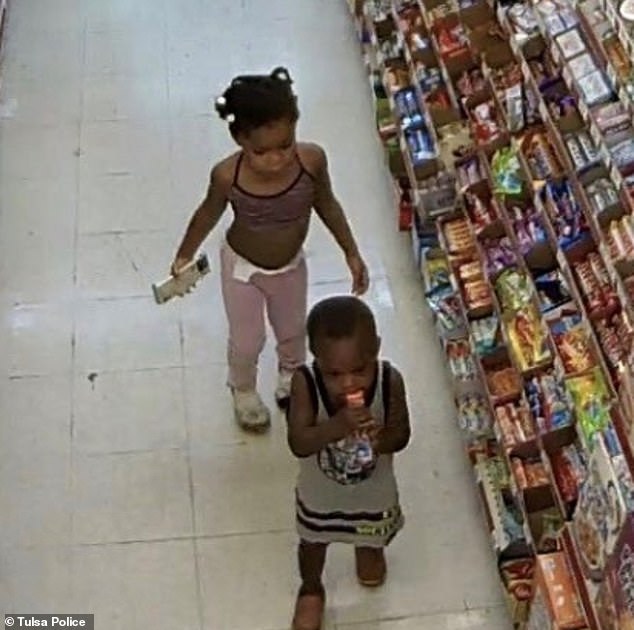 Cops published a surveillance photo which showed the two children at a convenience store on Friday morning, when they were with their mother

Officers have been searching trash cans and cars in the apartment complex while stopping motorists who leave and enter.

Search dogs have also been deployed to help police divers who are scouring ponds for any sign of the toddlers.

Local residents and businesses have also been asked to check their security cameras for any footage they might have captured of the children.

‘Please be patient with us as we meticulously search this area,’ police said in their latest update on Monday.

‘We are talking to every resident in the complex, knocking on every door, and chasing down every lead.’

‘If you have any information whatsoever, please send it our way and we will dispatch officers to that location immediately to follow up on tips,’ one officer said.

Anyone with information that can help police with their search is asked to call 918-596-9222.

People who have information and want to remain anonymous are asked to call Tulsa Crime Stoppers at 918-596-COPS.