Search for pensioner who died at Bondi Westfield was bungled

An elderly man who died in a shopping mall was found in a locked stairwell that was only checked by security once per month, an inquest has heard.

Tasmanian dementia sufferer Bernard Gore was reported missing on January 6, 2017, after he walked into the stairwell at Westfield Bondi Junction in Sydney’s east and became trapped.

The 71-year-old spent the next week trying to get out but died hungry and alone.

The inquest into his death on Thursday heard police did not believe Mr Gore had entered the shopping centre when conducting their missing persons search.

‘Westfield Security provided that information to police. I was more concerned he was out in the elements,’ Sargeant Matthew Hall told the inquest, 9News reported.

Detectives from Rose Bay Police Station launched a frantic three-week manhunt throughout Sydney for Mr Gore, before he was found by a janitor in the fire escape near the level three access door.

Senior risk and security manager from Westfield’s parent company Scentre Group, Yigal Shirin, told the inquest the stairwell Mr Gore was found in was checked monthly to see if it was blocked.

‘At the time I was happy with that,’ he said.

Mr Shirin said he told his staff to check the CCTV cameras at all the entries and exits to see if Mr Gore had visited the centre.

Not all cameras were viewed, with Mr Gore seen in footage arriving at 12.48pm, walk up to level four and through door L407 at 12.50pm.

Door L407 could not be opened from the inside and although there was an exit downstairs and through a corridor, Mr Gore had not found it in time. 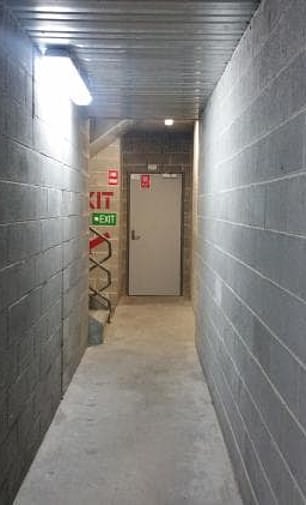 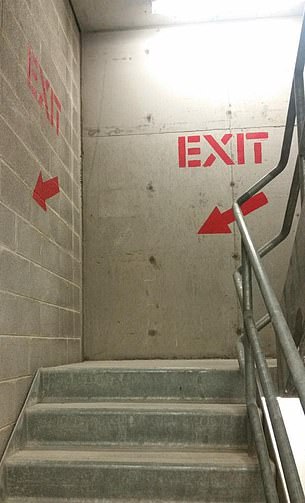 ‘It was mentioned that they had reviewed the CCTV and hadn’t found him … attending the Westfield in the three or four days between Mr Gore being declared missing,’ she said.

The two-officer team searched the centre for several hours and Constable Daniels said they asked guards to assist by checking the fire stairs which – unbeknownst to them – were up to 14km long.

‘Looking back on it now, we should have done it ourselves,’ Constable Gilarte said.

‘Rather than trusting their protocols.’

Constable Daniels on Monday broke down while reliving her fruitless search for the retiree.

She said the three-week investigation ‘consumed’ her and the entirety of the Rose Bay Police Station.

‘Even if we were patrolling other areas for different jobs … we still had Mr Gore in the back of our mind,’ Constable Daniels told the inquest.

‘I was looking for him on my way to and from work. 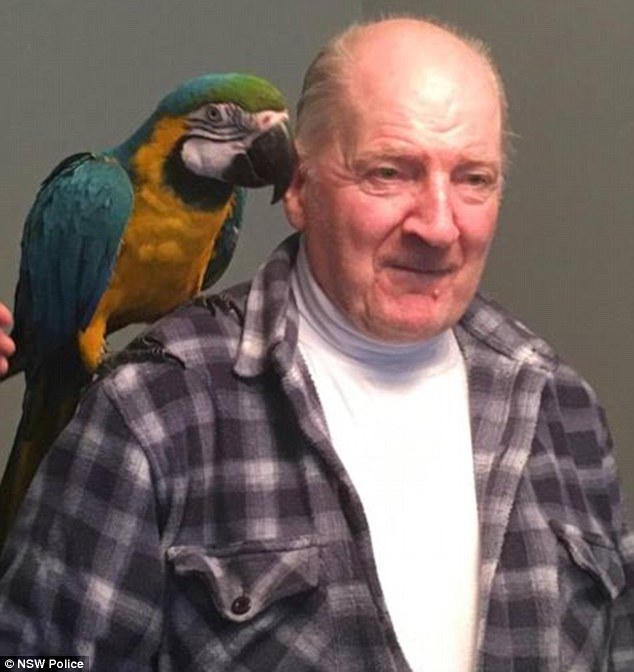 ‘I would purposefully go out of my way and go to train stations on my way home from work, just to see if he was there, particularly since we had such a good description of him.

‘I remember I had his name in the search field of my phone. I would constantly refresh it just to see if he’d been found.’

The inquest has also previously heard a ‘code grey’ which would have triggered a full search of the centre was not activated by staff.

Mr Gore’s daughter Melinda last year cried as CCTV of the moment he walked into the stairwell on January 6 was played at his inquest.

‘There is no further CCTV footage of Bernard after the time Bernard entered the fire stairs,’ counsel assisting the coroner Anna Mitchelmore SC told the NSW Coroners Court on Monday.

Mr Gore was found lying in a ‘semi-kneeling position’ in the stairwell.

His family spent weeks searching for him and Westfield faced questions about how Mr Gore’s body went undiscovered for such a long time – in a time where temperatures skyrocketed to the mid-40s. 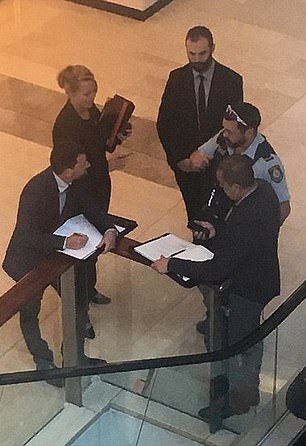 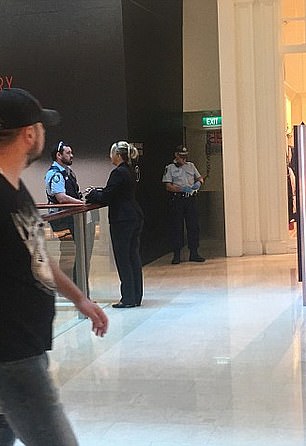 Records obtained from the shopping centre showed the exit door at the bottom of the stairwell was not opened in the three weeks between Mr Gore entering, and his body being discovered.

Hundreds of thousands of shoppers came and went as Mr Gore sat trapped inside, hearing their voices echoing down the stairs. More than 20 million people visit each year spending $1.1 billion.

Known as ‘Butch’ to his mates, Mr Gore was staying with his wife at his daughter’s apartment on Ocean Street in Woollahra in the weeks before his disappearance.

He went missing carrying only $30 and his transport Opal card when he did not turn up to meet his family at the shopping centre on January 6.

Mr Gore was taking medication for hypertension and a mild cognitive impairment at the time of his death and had gone missing in Hobart once before.

However, he had successfully made the journey between home and the shopping centre several times before and had a well-established routine. 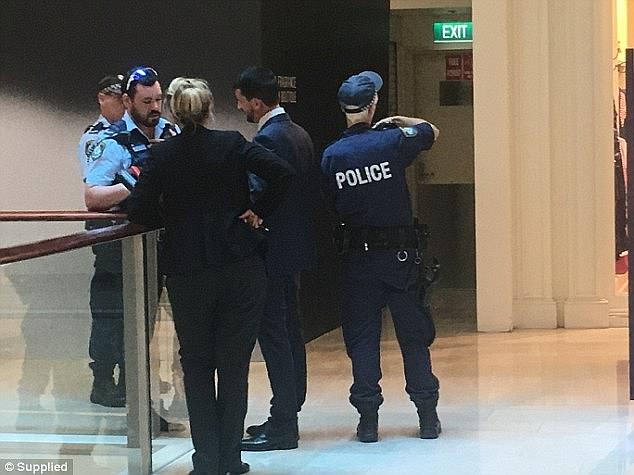