Search on for 14-month-old toddler after mother’s body…

An Amber Alert was issued for 14-month-old Owen Hidalgo-Calderon (pictured) Friday morning, a week after he and his mother were reported missing

Police in western New York are searching for a 14-month-old boy following the discovery of his mother’s remains.

On Friday, an Amber Alert was issued for toddler Owen Hidalgo-Calderon, two days after his 18-year-old mother Selena Hidalgo-Calderon’s body was found buried in a plastic bag in the woods behind the Sodus apple orchard where she worked and lived.

Her body was badly decomposed and hidden between logs in the earth. The medical examiner is still trying to determine the cause of death.

The Guatemalan mother and her son were last seen at the farm on May 16. Owen was absent at day care the following two days. Hidalgo-Calderon was eventually reported missing on Sunday, May 20, by her mother who hadn’t heard from her in three days. 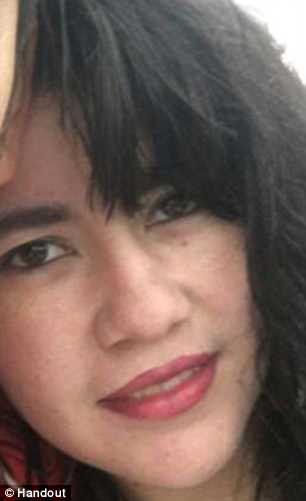 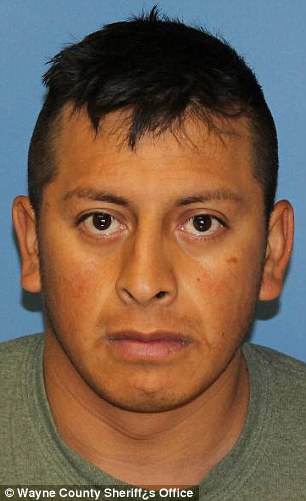 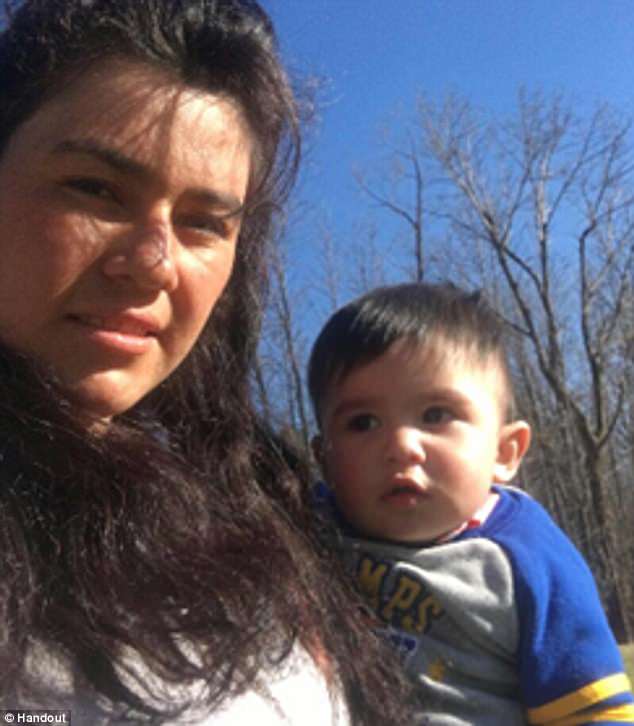 Hidalgo-Calderon was buried near the apple orchard where she lived and worked in Sodus, New York. She’s pictured above with her baby 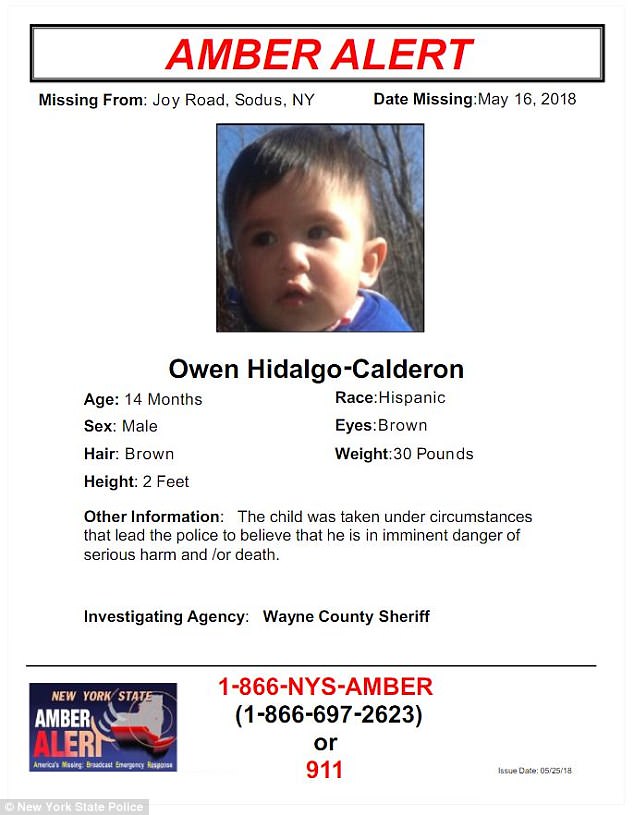 Hidalgo-Calderon’s live-in boyfriend Everardo Reyes, 25, was taken into custody after a hunter neighbor’s trail cameras caught him walking with a shovel into the woods where his girlfriend’s body was eventually found.

Sheriff Virts says the victim ‘did seek shelter earlier this year for domestic violence issues’ but nothing was officially reported to the police.

While he lived with his girlfriend at the farm in Sodus, he was taken into custody at a farm an hour away in York Wednesday night. 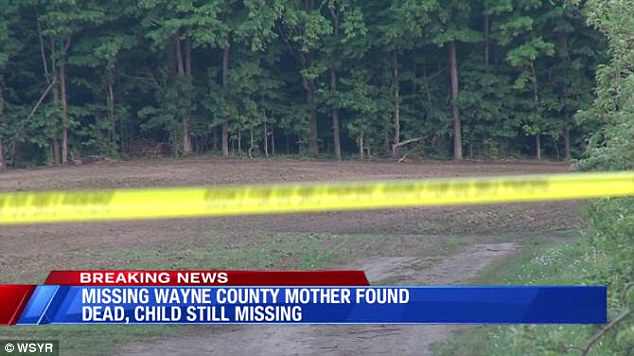 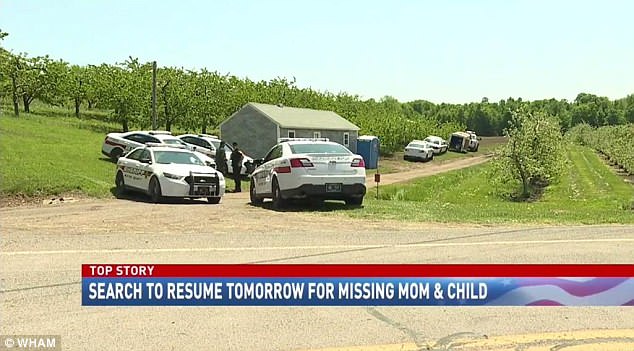 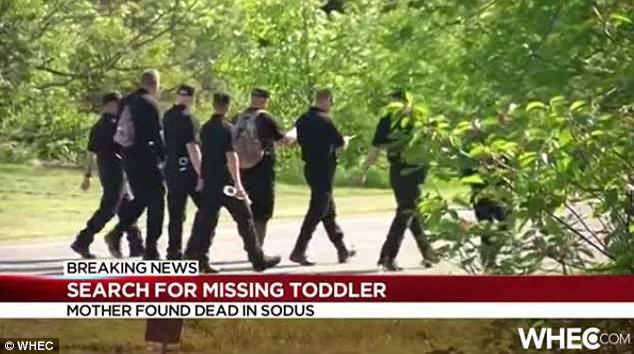 He has since admitted to burying his girlfriend’s body, but says he didn’t kill her. He refused to speak about baby Owen’s whereabouts. He is not the child’s father.

Reyes, a Mexican immigrant, is being held on charges of tampering with physical evidence, but cops say they could add charges.

Police say they didn’t issue an Amber Alert when the mother and son first went missing because the suspect didn’t have their own car.

Wayne County Sheriff Barry Virts say they don’t have high hopes of finding Owen alive. Dozens of people came to the farm Friday morning to look for the baby’s body.

‘You have a young, 18-year-old mother with a 14-month infant, and it is beyond my realm of reasoning why someone would be killed and a small infant is still missing. I can’t explain it. I don’t know how rational people can explain it,’ Virts said.

Rebecca Fuentes of the Workers’ Center of Central New York told the Rochester Democrat and Chronicle that Hidalgo-Calderon was from Guatemala and in the process of being deported. She and the rest of her family were applying for asylum. Her next court date was scheduled for June 5.

Hidalgo-Calderon’s mom Estela issued a statement after her daughter’s body was found. 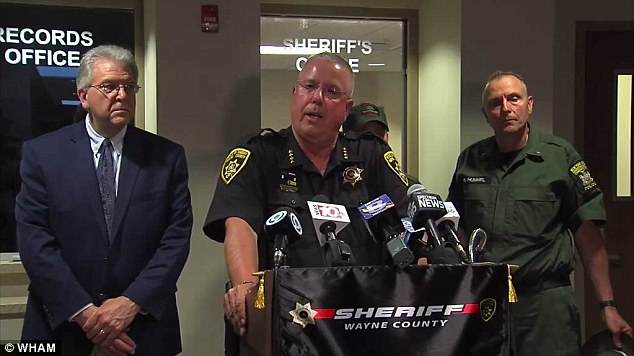 ‘I don’t know how rational people can explain it,’ Sheriff Barry Virts said at a press conference

‘My daughter and my grandson were my life, she was my first born and I feel like a piece of my heart is gone. What has happened to my family is unfair. I want the perpetrator to go to jail forever. I do not want another family to be hurt in this way,’ she said.

Calderon said her daughter came to the U.S. in November 2016, and started living with Reyes a year later.

Anyone with information should contact the Wayne County Sheriff’s Office at tip@co.wayne.ny.us or call (315) 946-9711.

A GoFundMe has been started to help Hidalgo-Calderon’s family pay for her funeral expenses.