A predatory attacker waited in laneways for his victims during a two-hour sex crime spree in Melbourne.

‘There’s some indication he was hanging around laneways, some predatory behaviour there, almost waiting for his victim to appear,’ detective inspector Wilson said.

‘There is some predatory behaviour there, he was awaiting his prey.’

He said the man grabbed each of the women from behind and the offending escalated at each assault.

The first woman was opening a front door when she was grabbed from behind and groped on Howard Street at Richmond about 3.20am on April 14.

Her screams scared the offender off.

An hour-and-a-half later another woman was walking along Church Street when she was grabbed from behind in a bear hug and sexually assaulted, about 5am.

Twenty minutes later at Grosvenor Street in Abbotsford another woman was approached by the same man who seriously sexually assaulted her.

A Good Samaritan who heard the woman screaming attempted to chase the offender but he escaped.

The man helped provide the description of the attacker to police, the detective added.

All three women, aged between 28 and 36, were shaken up but physically not injured in the attacks, detective Wilson said.

‘There’s no lasting injuries as such but obviously it’s a very traumatic experience…Clearly shook up but thankfully nothing more than that.’

He said these women had been going about their business or on their way home when they were attacked.

The offender is described between 25-30 years old, with a dark complexion, medium-to-solid build with dreadlocks and a clean shaven face.

The man also had a distinctive walk which may help identify him, police have said.

Police have released an image of a man they wish to speak to in regards to the incident. 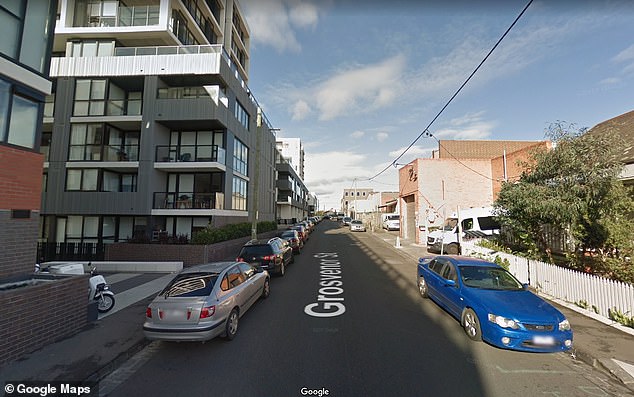 In one of the incidents a man sexually assaulted a woman at Grosvenor Street in Abbotsford, Melbourne