Searching for my roots in South Africa has revealed a whole host of riches, says Esther Rantzen

There’s a new passion in my life. It’s South Africa, where I have spent a week following in the footsteps of Barney, my five-times great uncle.

My newly-discovered ancestor led me from a diamond mine to the vibrant sophisticated cities, Johannesburg and Cape Town, and I was impressed by the beauty and optimism of this fascinating country.

Discovering long-lost ancestors is all the rage these days, and more and more tourists are booking holidays abroad to retrace their own roots.

Journey of discovery: Esther Rantzen followed in the footsteps of Barney, her five-times great uncle

I had no idea I had links with South Africa until I was the subject of the wonderful documentary series, Who Do You Think You Are? and discovered my family history for the first time.

It turns out that my father had been given his peculiar middle name, Barnato, after my great uncle, a 19th-century pub entertainer.

Barney Barnato was born in the East End of London in 1851, and somehow ended up making a fortune from a South African diamond mine in Kimberley.

So I decided to follow him to South Africa, to try to dig up some of his secrets buried there, like the stones that made his fortune.

I have always loved travelling by train, especially on those classic steam engines. So I booked myself on Rovos Rail travelling from Pretoria, the administrative capital, to Kimberley in the Northern Cape, via the desert landscape of the Great Karoo.

The period carriages had all the glamour of the fabled Orient Express, only without the murder. As we travelled south west, we were wined and dined in style as we passed through the sun-scorched landscape, on the lookout for the occasional zebra. It was a meditative experience.

So soothing that I wished I could have stayed on board all the way to Cape Town. But Kimberley — and Barney — were waiting. As was my guide, Jaco, whose job it was to create a tour around my great uncle’s life. 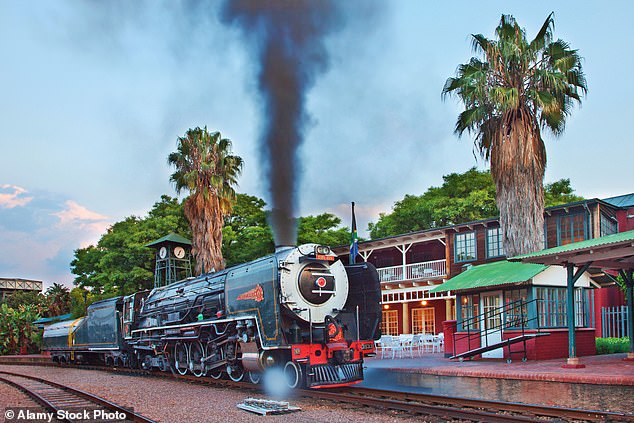 Kimberley is a quiet, pretty town these days, but it must have been wild and frenzied when Barney arrived in 1873 during the Diamond Rush. I was booked into a comfortable B&B, the Oleander.

Its owners hold regular wine-tastings where guests can meet the locals and sample the best vintages.

I soon realised that I wasn’t like most of the other ancestral tourists in Kimberley, most of them descendants of soldiers who fought in the Boer war, keen to honour their memory at battlefields and monuments. But my ancestor, unlike theirs, had died a far more mysterious death, as I was to discover.

Barney had arrived in Kimberley in the middle of the rush, when the miners had plenty of cash and no entertainment to spend it on. Starting with boxing exhibitions, as the money soon rolled in, he began to buy up mining rights from owners keen to rid themselves of old claims that were no longer viable. 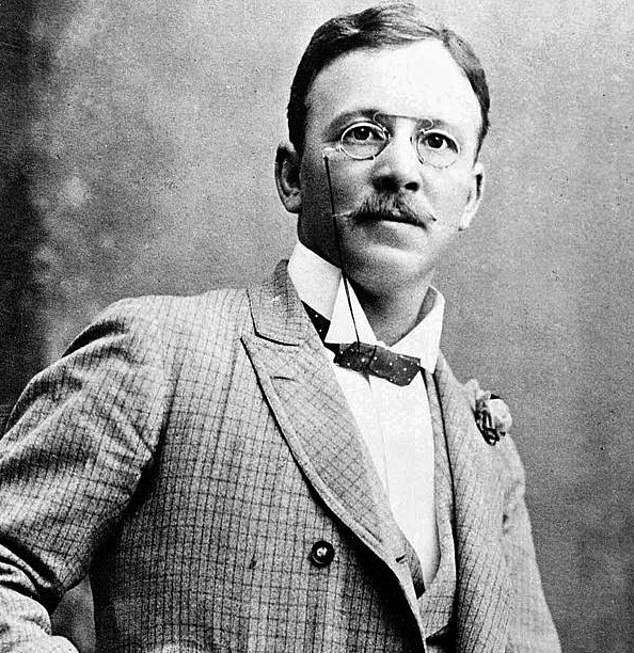 Then he cleverly invested in specialist equipment to dig deeper, discovering stones of the highest quality. They say he found the world-renowned Tiffany Yellow Diamond in 1877. Before you ask, I’m not wearing it now; big as your fist, it is on display at Tiffany’s Fifth Avenue in Manhattan.

Audrey Hepburn wore it in the film Breakfast At Tiffany’s and Lady Gaga showed it off at this year’s Oscars. Eventually Barney sold his mine to De Beers for £5 million, said to have been the biggest cheque ever written at the time.

The Big Hole as the mine is called, is a tourist attraction now. Intrigued, I headed for Kimberley’s Mine Museum.

I was delighted to see that Barney Barnato’s Boxing Academy is preserved there and that’s where I came face to face with him. His photograph showed a small man with a natty moustache and a monocle; its plaque describing him as ‘an amazing personality’, a boxer prepared to take on men twice his size. I found his boxing gloves preserved there and was told that when President Mandela, who had boxed in his youth, visited he tried them on and pronounced them satisfactory. I also learned that for years Barney had been denied entry into the Kimberley Club: his swearing was unacceptable. 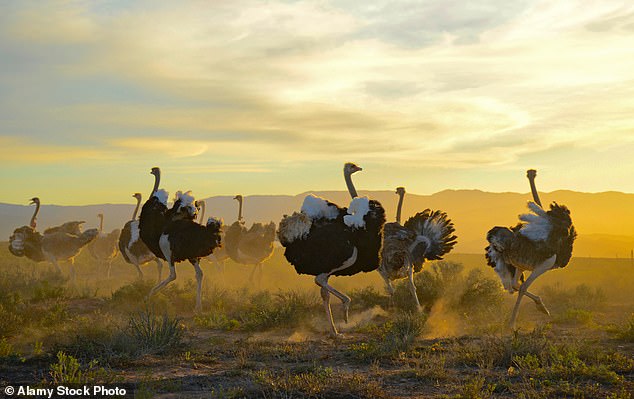 Ostriches at sunset (above). Esther has vowed to return to South Africa to go on safari

Nowadays, no matter how bad your language, there’s no impediment to staying in one of the club’s charming hotel rooms. Founded in 1881, by Cecil Rhodes, it has all the atmosphere, polished mahogany and stained glass windows of a Victorian gentleman’s club.

The place was certainly grand enough for royalty. On display is a framed letter of thanks from George VI and Queen Elizabeth and The Princesses Elizabeth and Margaret dating from 1947.

It seems the Queen accidently left her diamond necklace on her dressing-table during her stay and it was posted back to her safely. His fortune assured, Barney turned from diamonds to mining gold in Johannesburg, so that’s where I followed him. But first, I needed to explore this fascinating city.

Our guide led us to Mandela’s former home. The jacaranda trees were in full bloom, on every branch a torrent of pale purple blossom arches over the street like a wedding guard of honour.

Back in the city, I headed for the Constitution Hill museum, a former prison and courthouse, a sobering reminder of the apartheid struggle. Both Gandhi and Mandela were incarcerated there.

Great Uncle Barney is well-remembered in Joburg. In the university, Barnato Hall, is named after him, and a plaque in the park celebrates him as a ‘Randlord’ who had made another fortune from the gold rush. So I now knew how he made his millions, but how did he die?

He fell off the deck of a ship, sailing back to England in 1897, but none of the members of the Kimberley Club thought it was an accident. There are dark rumours that he was pushed by his own nephew, who inherited the business.

Even if you uncover a mystery you can’t solve, I highly recommend researching your roots.

Before flying home, I spent a couple of nights in Cape Town, ate some delicious seafood, admired the view from Table Mountain and dressed up in helmet and leathers to ride pillion on a motorbike along the winding coastal road.

Best of all was the Kirstenbosch Botanical Garden at the foot of Table Mountain where every native plant was a revelation to my English eyes.

I plan to return as a proper tourist, not as a time-traveller. I will explore the beaches, townships, vineyards and book a safari. But my mind is still reliving the joy of the sunlight and the jacarandas in blossom and the welcome of the South Africans I met.

I didn’t uncover the secret of Great Uncle Barney’s death, but I do know why my father inherited such a peculiar middle name.

British Airways (ba.com) flies to Johannesburg from London Heathrow from £416 per person. Rovos Rail (rovos.com) two-night journey from Pretoria to Cape Town (stopping in Kimberley) costs from £1,600pp based on two sharing, full board and including excursions. Rooms at Oleander Guest House (oleander.co.za) from £77 B&B. For more information, visit southafrica.net.