CEO and primary shareholder Eddie Lamper has proposed a plan to avoid bankruptcy, as options and cash run low

Sears could be on the brink of bankruptcy if it does not repay a loan which is due in less than three weeks time.

Holdings Corp would have to sell more real estate and restructure its debt, Chief Executive Officer Eddie Lampert’s hedge fund said in a regulatory filing, as the retailer looks to avoid bankruptcy.

The one-time American retail giant has struggled to transform its business in the face of declining foot traffic at brick-and-mortar stores and this month again warned about its ability to continue as a going concern.

To stem losses, the debt-laden company has closed hundreds of stores since last year and tried to sell assets.

Lampert had earlier said the company should sell its Kenmore appliances brand, home improvement businesses, and real estate, adding that his hedge fund ESL Investments Inc would bid in any sale.

The hedge fund, in the filing made public on Monday, urged the retailer’s board to sell $1.5 billion more in real estate and restructure $1.1 billion in debt.

Lampert has also asked creditors to refinance $1.1 billion in debt before a $134 million debt payment is due on October 15.

He also called for the company to sell off $3.25 billion worth of real estate and assets, including Sears Home Services and the company’s flagship Kenmore brand, which Lampert offered to buy last month for $400 million. 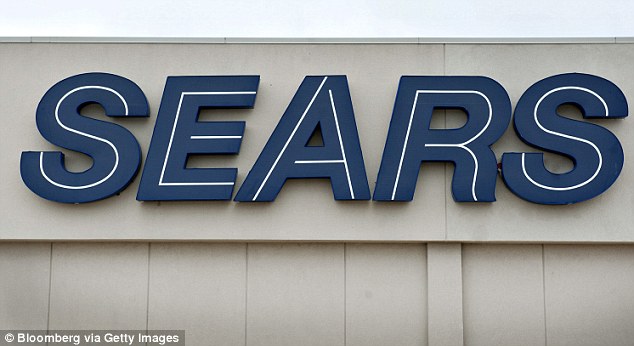 Sears is struggling to compete with online retailers like Amazon and Walmart. CEO Lampert has proposed restructuring the store chain’s debt in an attempt to avoid going bankrupt

Lampert and his fund ESL are the company’s two largest shareholders, according to Thomson Reuters data.

In recent decades, Sears, which was the world’s largest retailer in the 1960s, has struggled in the face of declining foot traffic at its brick-and-mortar stores.

Lampert’s latest attempts may provide a short-term life line, but analysts said that it is not a sustainable plan for a company that has failed to reinvent itself in an era of online shopping.