Police are on the hunt for a man who one adult male in Seattle, Washington on Friday night and left two with life-threatening injuries.

After obtaining witness statements, cops believe an altercation began at a McDonald’s nearby the Westlake Link light rail station where the shooting eventually occurred around 9.20pm.

Officers from the West Precinct were originally called to the scene of a shooting with multiple victims in the 300 block of Pine Street, but 911 call takers instructed them to go underground where they performed CPR on the victims until Seattle Fire Department medics arrived.

‘As I get down into the tunnel, on the bottom escalators, there’s a guy sitting there, bleeding out from his leg,’ witness David Lewis told KOIN-TV.

One man was shot and killed and two others wounded by gunfire inside the Link light rail Westlake Station in Seattle, Washington on Friday around 9.20pm

He said the victim warned him not to continue ahead to the northbound platform because ‘there’s a shooter down there’.

The incident took place as sports fans were leaving a game at the nearby T-Mobile Park and people had to find alternative transport as the station was closed.

Witness reports stated that one male suspect fled the station on foot following the shooting.

One person said he was wearing a dark hoodie and yelled before firing the gun, the Seattle Times reported.

Tweets to police described a man shouting before running off.

Police believe there was a relationship between the shooter and victims.

Witnesses also stated that the suspect and at least two of the victims may have been in an altercation near 3rd and Pine and then entered the station where the shooting happened and did not appear to be random. 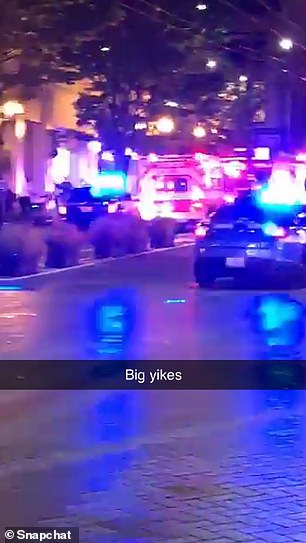 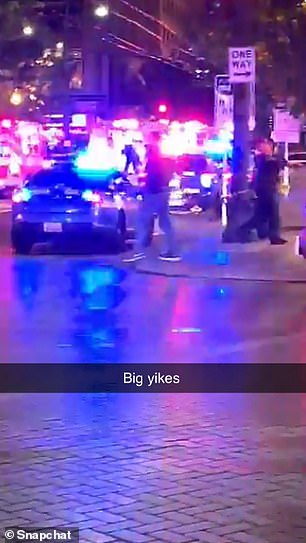 Emergency services were on the scene as people made their way home from a game at the T-Mobile Park. Snapchat images show the action 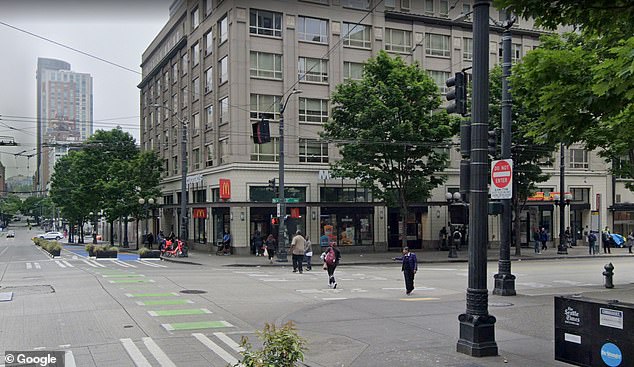 After obtaining witness statements, cops believe an altercation began at a McDonald’s nearby and police believe there was a relationship between the shooter and victims 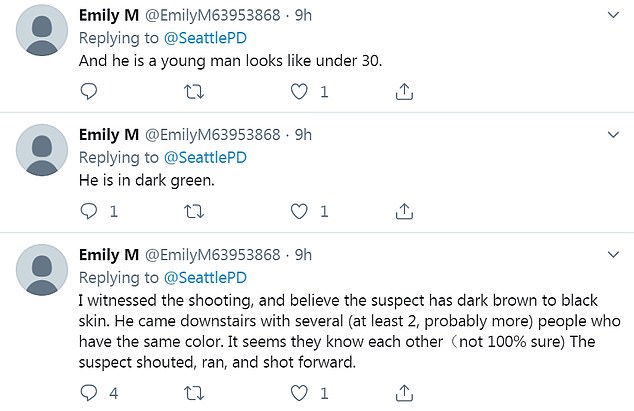 Two victims were found by the 3rd and a third was by 5th at the underground location.

SFD Medics transported the three victims to Harborview Medical Center where one of the victims succumbed to his injuries.

A second victim was in critical condition and one was in stable condition, KIRO reported.

Detectives are working closely with King County Metro and Sound Transit during this investigation.

Anyone with information on this shooting is asked to contact the Seattle Police Department tip line at (206) 233-5000.