Seattle’s Police chief has spoken out against a plan proposed by advocates to defund cops by 50 per cent and reallocate the money to other community needs.

‘We will be much less safe,’ Best warned if the proposal made by Decriminalize Seattle and King County Equity Now, two coalitions of local community groups and Black leaders, goes forward.

‘I’m hoping that the council will reconsider this very rash and reckless decision and allow us to do the work that we’re supposed to do for the city of Seattle,’ she said on the broadcast. 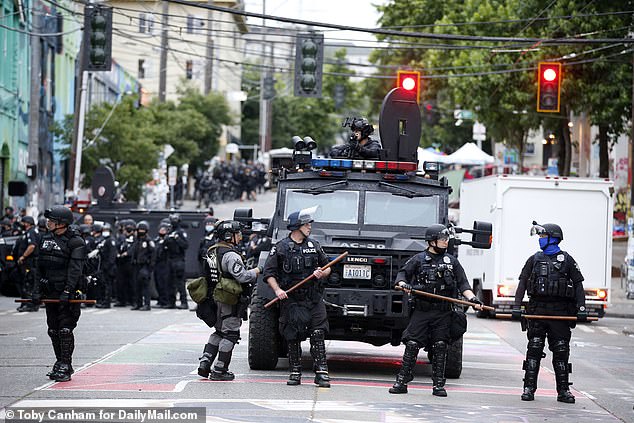 Best blasted the proposal, which already has won majority support among members of Seattle’s City Council. Seattle cops are seen clearing out the city’s former CHOP protest zone after it was declared an unlawful assembly by Mayor Jenny Durkin on July 1

Her comments came after Best wrote in a letter to Seattle Mayor Jenny Durkin that approving the plan would amount to ‘political pandering’, Fox News reported.

She argued the same in a video message posted on YouTube to the department, where she suggested that cutting the police budget in half would ask residents ‘to test out a theory that crime goes away if police go away’.

So far, seven of nine members of the Seattle City Council have indicated they support the plan to cut the department’s budget in half, although they haven’t said where they would take the money from local cops, the Seattle Times reported.

A final decision will require at least six votes from the council.

Both presented a plan to the council on Wednesday calling for a 50 per cent reduction in the police department’s 2021 budget.

This year’s spending plan was $409 million. The two coalitions also want what remains of this year’s budget cut by 50 per cent, the Seattle Times reported. 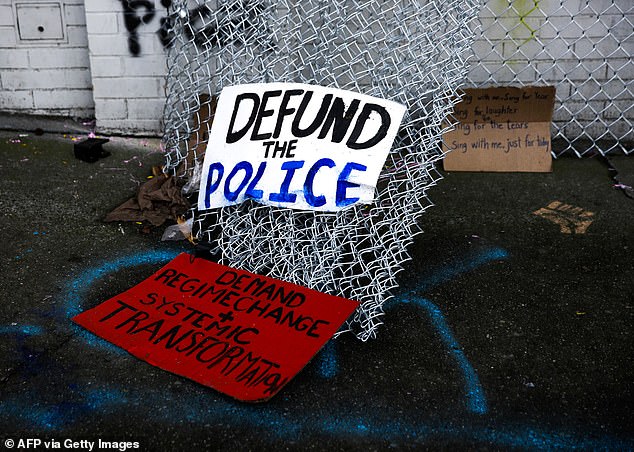 Decriminalize Seattle and King County Equity represent coalitions formed after recent Black Lives Matter protests and include groups led by Black activists and communization leaders. Protest signs calling for the defunding are pictured after demonstrations in the city 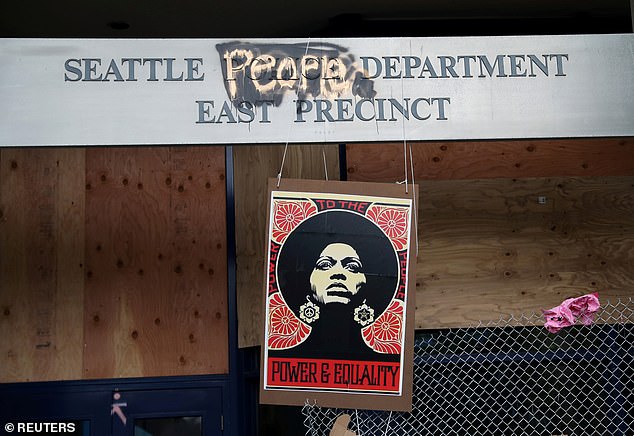 Seattle isn’t alone in considering the concept of defunding cops after the police-related slaying of George Floyd on Memorial Day.

Protests erupted after the 46-year-old black father of five died during an arrest when white office Derek Chauvin pressed his knee against the man’s neck for close to nine minutes.

The slaying, which cost Chauvin his job and got the ex-cop charged with murder, set in motion nationwide protests, driven by the Black Lives Matter movement and a call for police reform and end to systematic racism. 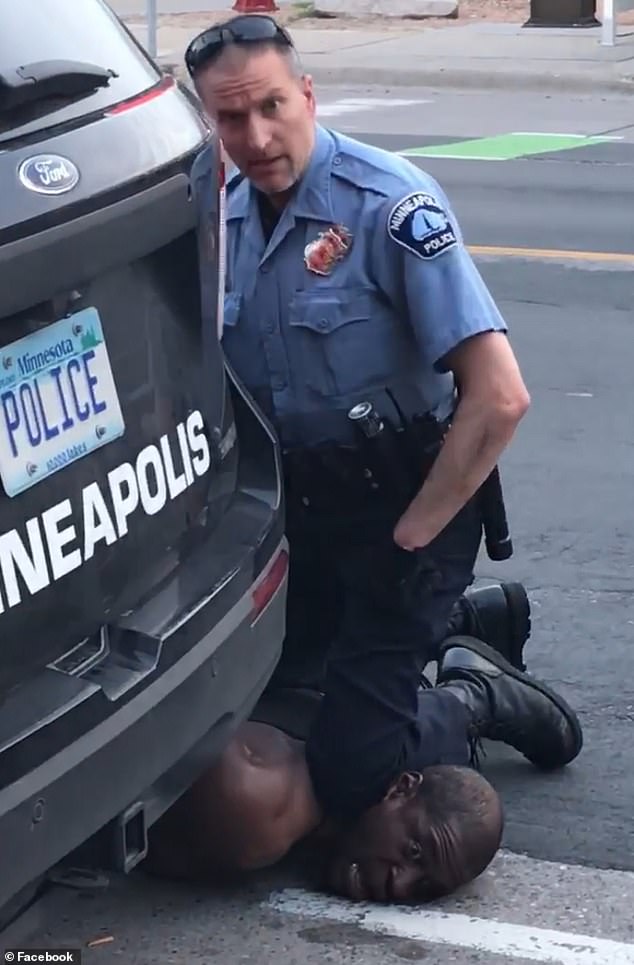 Protests have erupted across the country over the police-related slaying of George Floyd in Minneapolis. Floyd is pictured as former cop Derek Chauvin pressed his knee against the 46-year-old man’s neck, leading to his death

Lawmakers in more than a dozen US cities responded with proposals to reform policing by defunding departments and reallocating financial resources to social needs and programs.

Minneapolis made the controversial move of considering a proposal to disband its department entirely and approved the plan by a unanimous city council vote of 12 to 0 on June 26.

New York City followed on July 1, after its council voted to slash $1billion from the NYPD budget. 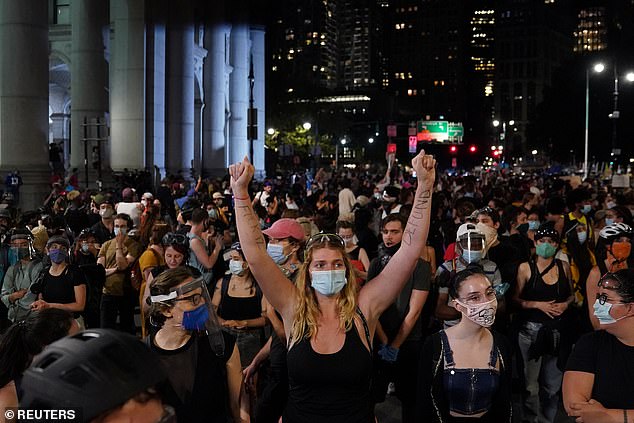 The decision came after weeks of protests that left stores looted amid continued protests and statues splattered with paint amid rising crime, including  shootings.

The cut, which comes amid a $9billion shortfall in city revenues due to coronavirus lockdown, will cancel the recruitment of 1,163 new officers, strip $484million from the overtime budget and transfer $354million to other services – including handing control of school safety officers from the NYPD to the Department of Education.

The contentious budget passed with 32 votes in favor and an unusually large 17 votes against just ahead of a midnight deadline and following hours of delay, still resulted in criticism from all sides.