A woman who once weighed 280lb (20st) says her husband’s shock brain tumour diagnosis was the catalyst for her to lose half of her body weight.

Taylor Murphy, 24, from Seattle in Washington, was left heartbroken when her partner Ricky Carrington, 29, was diagnosed with an incurable glioblastoma and given 15 months to live.

She says the devastating news gave her a huge wake-up call as she realised that she needed to be in the best physical shape to make the most of their time together.

Taylor Murphy, 24, from Seattle, once weighed 280lb (10st) and would consume food laden with fat and sugar including multiple Starbucks mocha coffees at breakfast time 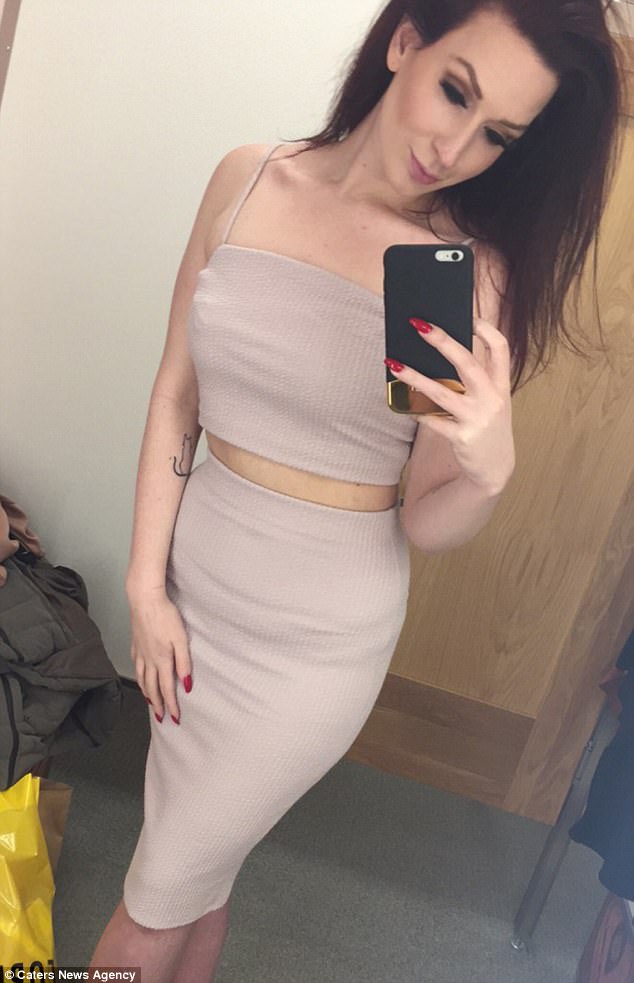 The tragic news that her husband, Ricky, had just 15 months to live after being diagnosed with an incurable brain tumour was the kick-start that Taylor needed to begin losing weight 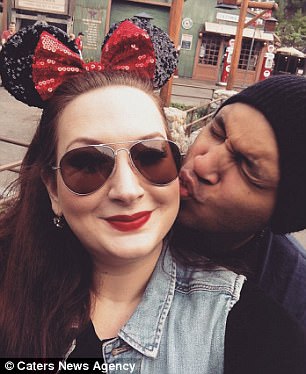 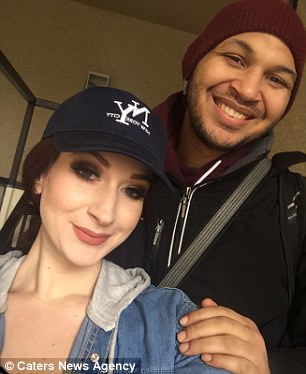 Taylor says the realisation that she wasn’t fit enough to care properly for her husband hit her hard and she decided to undergo a gastric band procedure. Right, the new-look Taylor with her husband Ricky, who has less than two years to live

Within weeks, she scrapped her consumption of multiple large Starbucks mochas for breakfast, takeaways and chocolate treats and decided to have a vertical sleeve gastrectomy to help her lose the pounds for good.

After the operation, Taylor combined healthy meal-planning combined with daily exercise with her husband and lost an impressive 140lb (10st).

Now she says making up for lost time wearing a bikini on the beach for the very first time and couple’s activities from visiting theme parks, Disneyland and more.

Taylor, a retail store manager, said: ‘When my husband was diagnosed with an incurable form of brain cancer, I used food as an emotional crutch.

‘It’s been absolutely devastating for us, I wasted a lot of my life eating, sleeping and not being with him, but now we’ve both got to keep fighting now.

‘For the first couple of months it was really numbing but I got a reality check and decided to make the best experiences I can in however much time we have left. 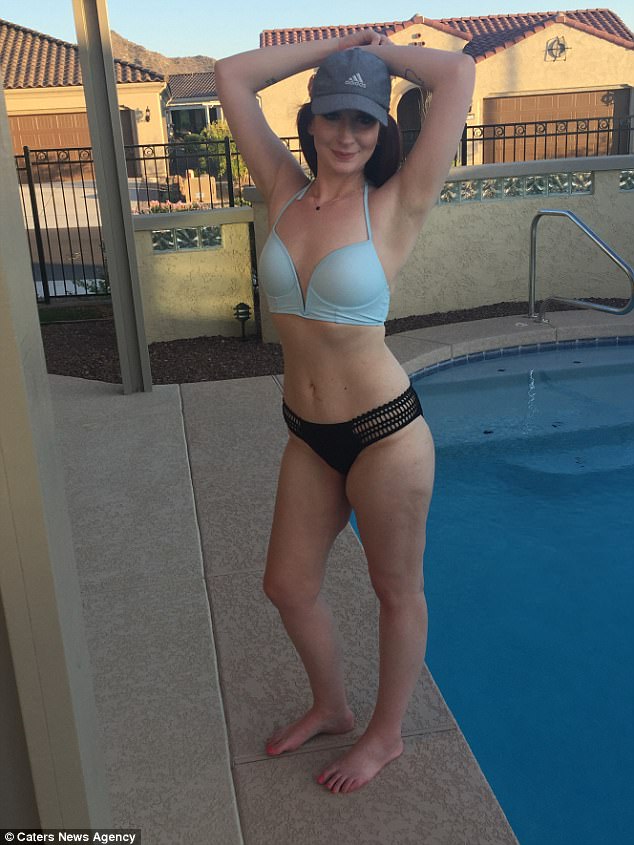 Beach bound: the couple have been enjoying every minute of their time together and Taylor has finally donned a bikini, something she never thought would be possible 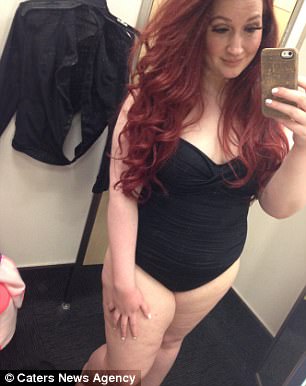 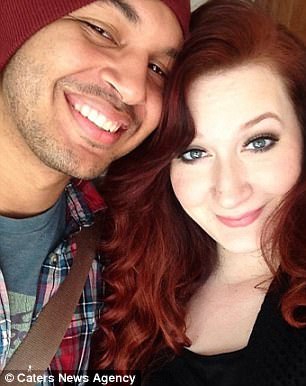 ‘After our wedding, I thought about what I could do to get happy and healthy for him, I made the decision to have weight loss surgery.

‘A lot of my weight loss success came down to knowing I couldn’t fail I wasn’t just doing this for myself but my husband too, failing was not an option.

She says that she has ‘so much more energy now’ and doesn’t go to bed nearly as early as she once did – and have even worn a bikini on the beach.

‘Having so much more energy has made our marriage all the stronger, I feel like my weight and mood was breaking him down before.

‘Recently on the beach I was wearing a two-piece and didn’t care about what anybody thought, before I never thought I would ever be able to do that.

‘I don’t feel like I’m being judged any more, before I was scared, miserable and constantly hiding who I am. 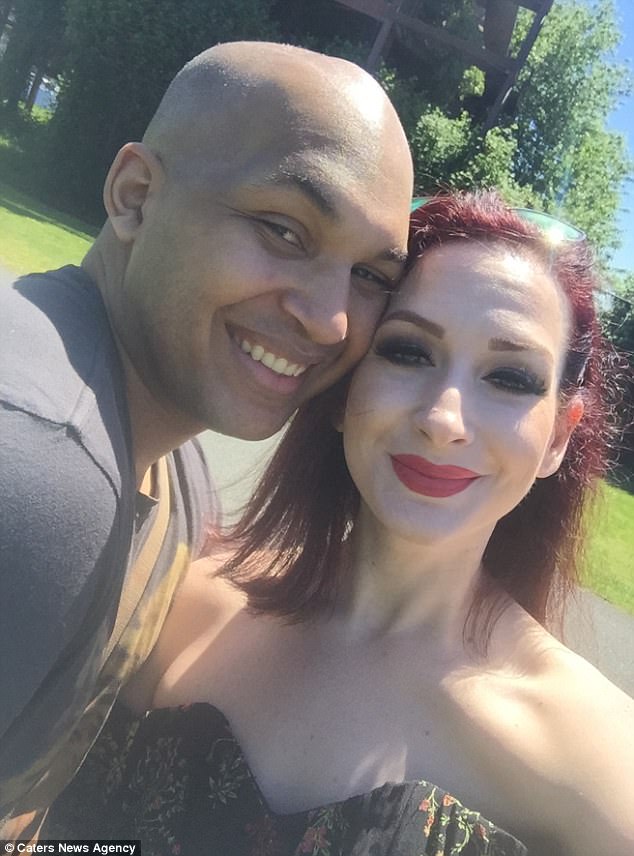 Love: ‘Ricky is very supportive, where some partners can struggle when their partner loses a lot of weight, mine has been incredible.’

‘Now we’ve been making the most of our time from visiting Disneyland, Hawaii, to hikes, beach breaks, visiting Pike Place Market and things I wouldn’t have had the energy to do before.’

Taylor weight soared out of control from poor nutrition choices, including regularly eating takeaways for most meals, desserts as a snack and high-sugared drinks.

She added: ‘I was always overweight, growing up I made bad food choices and while I was active, I didn’t put a lot of energy into it.

‘I didn’t have the best mental state before, I was the face of the company for so was on a cycle of working, eating then going to sleep.

‘My reactions and emotions were always focussed around food – whether it was when I was sad or happy.’

But after partner Ricky’s terminal brain cancer diagnosis with a glioblastoma in 2014, she knew she had to change to be fit enough to take care of him and to make their lives as happy as possible. 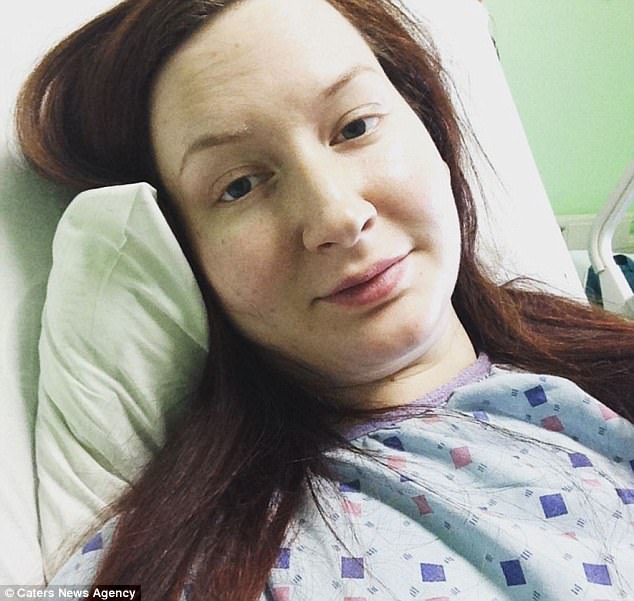 Under the knife, the gastric sleeve surgery has given Taylor dramatic results 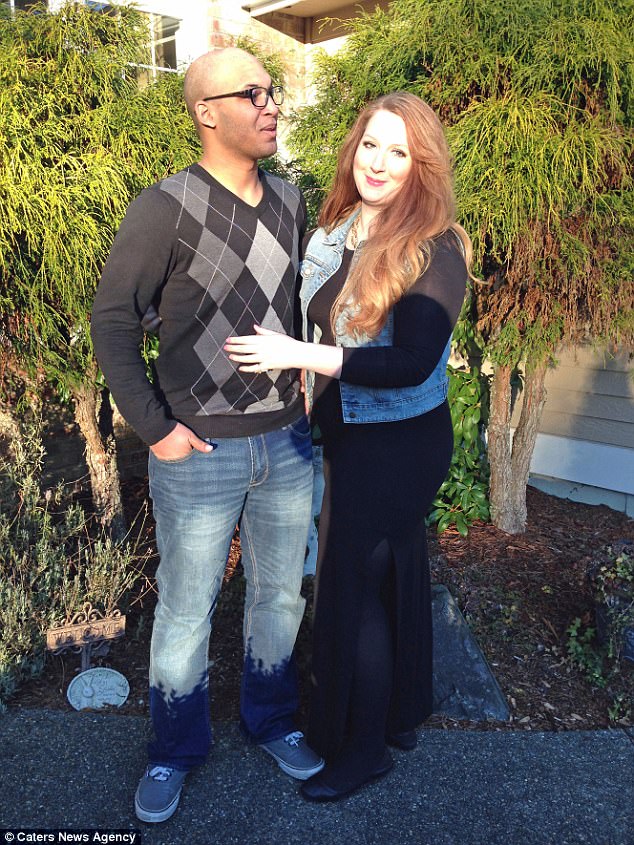 Taylor says she loves the attention her new body brings, saying: ‘I don’t hide behind loud, colourful clothing and my hair like I used to – I’m getting attention for the right reasons’

Taylor said: ‘Unfortunately with the cancer we know there will be a point where I will need to take care of him, at that time I couldn’t even take care of myself mentally or physically.

‘I knew I couldn’t eat my emotions away anymore, food was not going to help and so I made the decision to change my life.’

She opted for weight loss surgery in Mexico, which combined with healthy eating and regular exercise led her to transform her body.

Since slimming down to 10st 2 (142lb) Taylor says as well as the change in her mentality, colleagues and friends often double-take when they see her.

Taylor said: ‘Before at work I would hide in the back office some days because people are judgemental and I didn’t feel good about myself but now I feel great.

‘Now people don’t recognise me when I walk into stores I haven’t visited for a while, one of the girls I knew took 15 seconds to realise who I was.

How Taylor transformed her eating

Lunch: seafood pasta or Chinese buffet with a Redbull

Dinner: half a large pizza

Lunch: ham with cheese and fruit

‘It says a lot about how different I look now, I don’t hide behind loud, colourful clothing and my hair like I used to – I’m getting attention for the right reasons.’

‘Before I was large but now I have strong thighs and a slim, muscular build, I wear crop tops in public and get a lot of complements.

‘I was even told that I look athletic, which was something I never thought would happen.’

Taylor attributes her husband as her inspiration and motivation for losing weight so quickly, but also says social media played a part in helping to keep herself accountable.

She said: ‘Ricky is very supportive, where some partners can struggle when their partner loses a lot of weight mine has been incredible.

‘He compliments my body, tells me I’m beautiful and loves my confidence, he can see how happy I am and I love hearing the complements about how thin I am now.

‘I never thought I would be so confident and happy with where I am in life, I’m shocked and so proud.’