But the BBC dramatisation has dismayed Paul Bessell, whose late father — Liberal MP Peter Bessell, a key prosecution witness at Thorpe’s trial in 1979 — is played by Alex Jennings.

Paul Bessell, 65, says the ‘Carry On’ tone of the series fails to convey the evil intended by Thorpe, who told Bessell senior that killing Scott was ‘no worse than shooting a sick dog’.

‘It’s a disappointment to find the BBC treating one of the darkest moments in late 20th-century political history as a Carry On film,’ he tells me.

A Very English Scandal, stars Hugh Grant (pictured with Alex Jennings as Peter Bessell) as the Liberal Party leader Jeremy Thorpe as he plots the murder of his ex-lover, Norman Scott

‘We are, after all, talking about a prominent politician attempting to incite murder. I personally struggle to find the funny side of that.’

Bessell is particularly antagonised by comments made by Jennings. ‘Contrary to a statement in a [BBC] TV interview given by Alex Jennings, my father was not a ‘serial bankrupt’.

‘Yes, his business failed pretty disastrously in 1973 — like so many businesses. But agreement was reached with all creditors.

‘I would ask Mr Jennings to show me one single court ruling declaring my father a bankrupt — just one, let alone serially.’

Almost as galling, says Bessell, was the assertion by one critic that his father was a ‘sex maniac’. 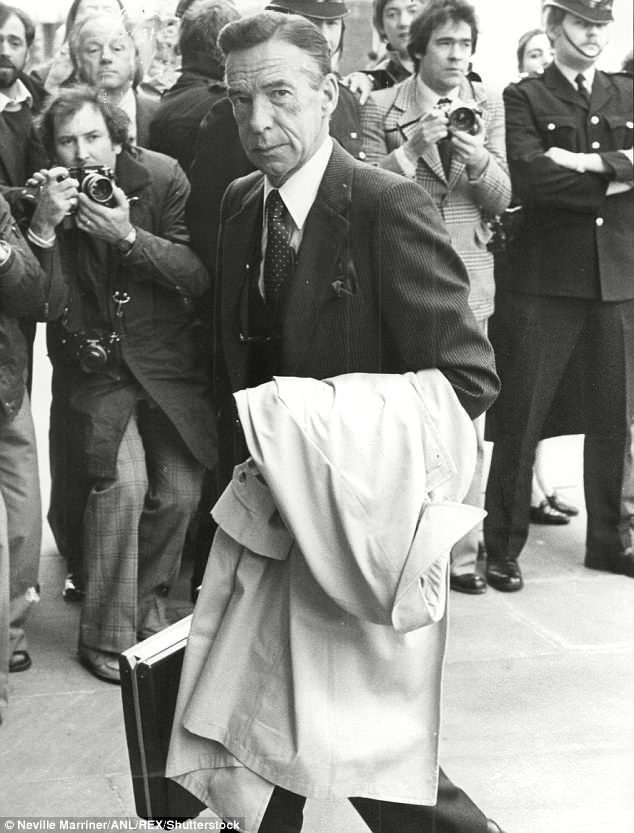 But the BBC dramatisation has dismayed Paul Bessell whose late father — Liberal MP Peter Bessell (pictured in 1979), a key prosecution witness at Jeremy Thorpe’s trial in 1979 — is played by Alex Jennings

The former girlfriend of Prince Harry, Cressida Bonas, has broken her silence about the Royal Wedding.

‘Yikes. I opted for a minimal feathered number — and can only hope I got it right.

‘Why do I find hats so tricky? Tricky to wear, tricky to look at, and extremely tricky for the poor soul sitting in the pew behind. Most of the time I avoid headgear.

‘This can prompt disapproving looks from the older generations.’ Live dangerously, Cressie!

Former girlfriend of Prince Harry, Cressida Bonas (pictured at Windsor Castle), has broken her silence about the Royal Wedding

Duke’s heir gets set for next society nupitals

Prince Harry and Meghan’s wedding is over but, like proverbial buses, another blue-blooded union is in the offing.

The Duke of Marlborough’s son and heir, the Marquess of Blandford, is preparing for his own nuptials to beautiful blonde Camilla Thorp, 31, with whom he is pictured in this new photo.

The couple pose in front of Blenheim Palace, which 25-year-old George, an aviation broker, stands to inherit from his father.

On this occasion, she opted for a more demure dress code, matching a simple summer dress with George’s open-collared shirt. 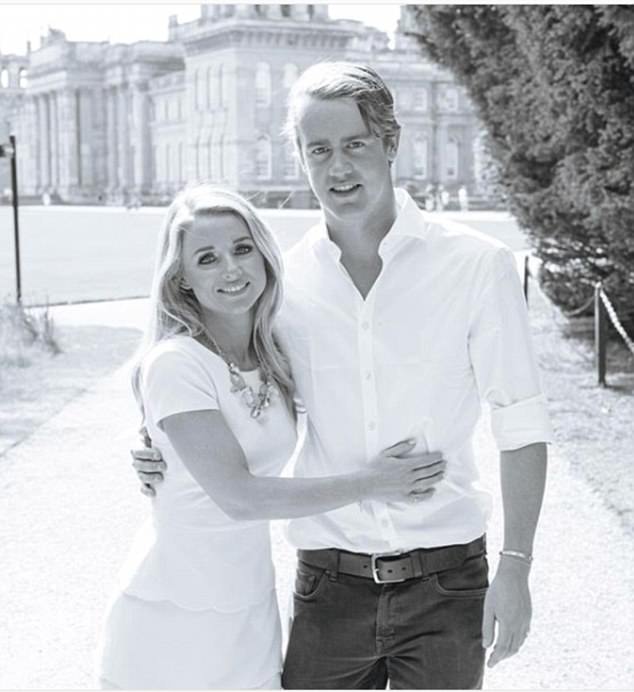