His prime ministerial ambitions suffered a setback this week when Conservative colleagues decided against any further challenge to Theresa May until December.

But Boris Johnson’s continuing exile on the backbenches is proving to have gold-plated consolations.

Indeed, he has just trousered the staggering sum of £161,149 — more than the Prime Minister earns in a year — for just two speeches.

The former Foreign Secretary, who recorded the payment in the Register of Members’ Interests, hit the jackpot by flying to India for a weekend at the beginning of last month and addressing the India Today Conclave in New Delhi —which by his own calculation was tantamount to three hours’ work.

Describing Indian Prime Minister Narendra Modi as a ‘firecracker’ and a ‘political phenomenon’, Johnson made bold predictions about the benefits of Brexit for trade between India and the UK, saying that it would ‘go up 26 per cent’ once tariffs — including the 150 per cent currently levied on whisky — had been re-negotiated. He was paid £122,899.74 for his trouble.

Ten days later, Johnson, 54, topped up his bank account with an additional £38,250 — his fee for a two-and-a-half hour speech in London to the bankers of Citigroup.

Johnson’s office failed to respond to calls yesterday, but the Register of Members’ Interests suggests that the cost of his air travel and accommodation for his India trip were borne by his hosts, Living Media India Limited, owners of India Today, and were entirely separate from his massive fee. 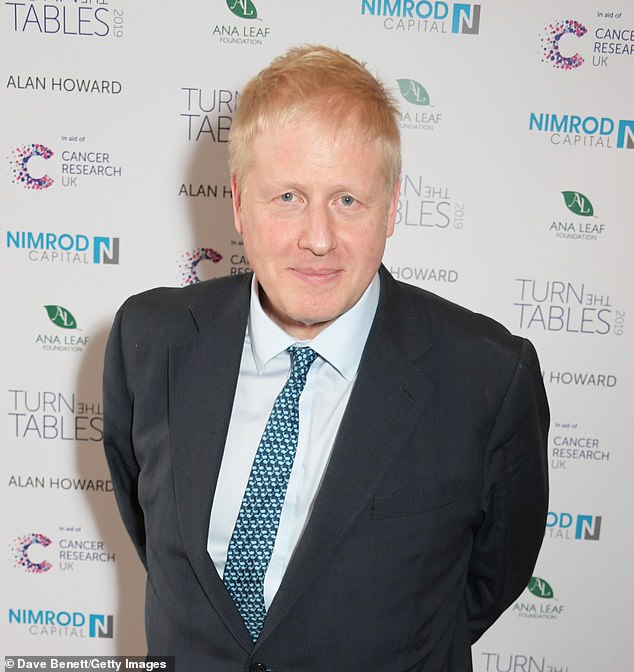 Johnson may well feel that he urgently needs every penny, if only to fund his divorce from his second wife, barrister Marina Wheeler, mother of four of his children, from whom he separated last year.

He is now reportedly intent on proposing to his latest squeeze —spin doctor Carrie Symonds, 30 — as soon as his divorce has been finalised. 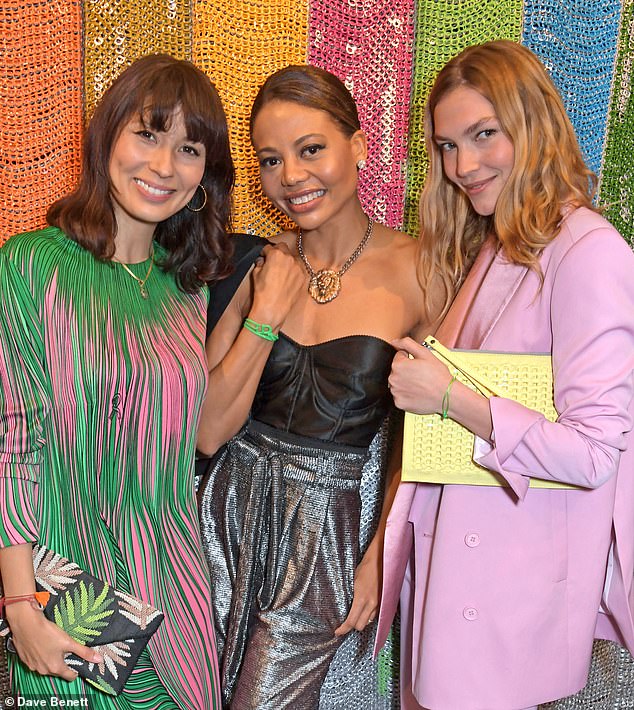 PLASTIC NOT FANTASTIC: Arizona, 30, has banned all plastic from her home. ‘I have even changed my shampoo, which only comes in these little cubes made out of recycled paper.’

ECO REVELATION: Actress Helen McCrory and husband Damian Lewis are doing their bit to save the planet. ‘We’ve still got bath towels from 30 years ago and none of the crockery matches,’ says McCrory.

With Sir Mick Jagger recuperating from a heart op, Rolling Stones guitarist Ronnie Wood has picked up his paintbrush.

The strummer’s latest work is a cover version of one of the greats.

‘I call it The Picasso Stones,’ says Ronnie, 71. ‘It’s my interpretation of Picasso’s painting The Three Dancers. I was inspired to do my own take featuring the boys.’ 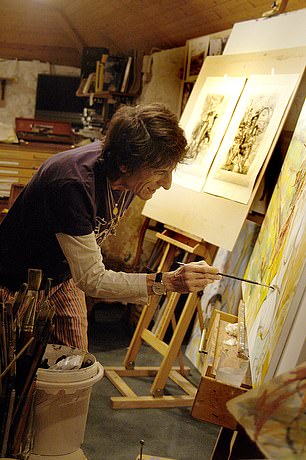 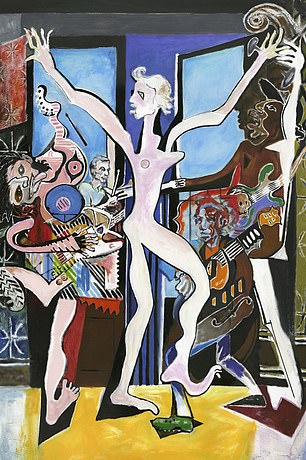 The standout piece of the five is an immense Picasso-inspired painting that honours The Rolling Stones, titled ‘Abstract Stones’

‘Picasso did his own take on a lot of artists but I bet he never thought anyone would ever do a take on him. I hope and think he’d be flattered, but also a bit shocked and pleasantly surprised at my take on his work.’

Prints will be available on Ronnie’s website — but will Jagger think it does him justice?

‘Look at Phoebe Waller-Bridge: she’s a great actress and a great writer,’ Duncan, 68, tells me of the Fleabag creator/star and Killing Eve screenwriter.

‘She’s astonishing because she can do both really well. To some extent it’s generational.

‘I think diversifying is a young person’s game really, because the world exists on different terms than it did for me starting out.

‘Young people just think differently and don’t put themselves in a box quite so much.’