Far from her status causing embarrassment, she is being lavished with gifts by Middle Eastern royalty and British manufacturers who have declared her ‘cool’

Carrie Symonds is the first unmarried partner of a Prime Minister to reside at Downing Street and to be invited by the Queen to Balmoral.

But far from her status causing embarrassment, she is being lavished with gifts by Middle Eastern royalty and British manufacturers who have declared her ‘cool’.

According to information released by the Cabinet Office under transparency rules, 31-year-old Carrie (pictured) was sent a wristwatch, two pairs of trendy sunglasses and cosmetics after Boris Johnson became Prime Minister last July.

The sunglasses were donated by manufacturers ToyShades, the wristwatch was from Shropshire clockmakers Newgate World, and the cosmetics were from King Abdullah of Jordan.

‘We saw a picture of her wearing Italian sunglasses,’ a spokesman for ToyShades tells me.

‘We thought, if the British First Lady isn’t wearing British shades, then how could we convince the public to buy British?’ The glasses cost £44 a pair.

‘Eddie was a bit like Q in James Bond,’ says a Newgate spokesman. 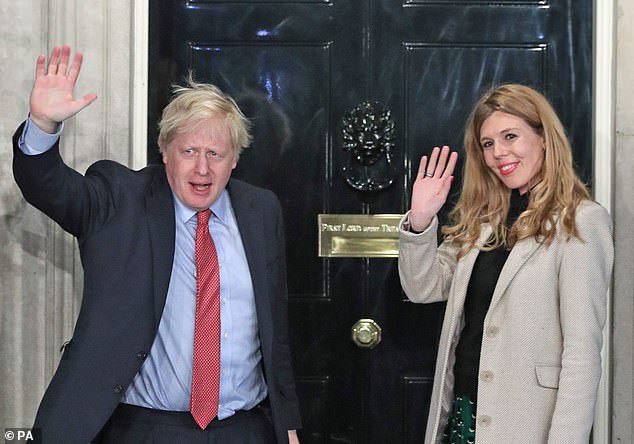 ‘He invented lots of gadgetry, was proficient in Morse Code and was a staunch HAM radio fanatic.

‘We sent it to Carrie because we think she is cool.’

Under the current Cabinet Office rules, if ministers and their partners wish to keep any unsolicited gifts valued at more than £140, they must pay for the portion of the value that is in excess of £140, plus any tax that the gift may attract.

But it seems Carrie decided she didn’t want the watch or the sunglasses (even though they were under the limit) — or indeed the cosmetics.

The gifts are now being ‘held by department’ and have become the property of the government.

Carrie is not a high-maintenance prime ministerial consort.

She wore a £69 Marks & Spencer herringbone coat and a £98 velvet Anthropologie skirt when she stood on the steps of No 10 on the day Boris led the Tories to a landslide victory. 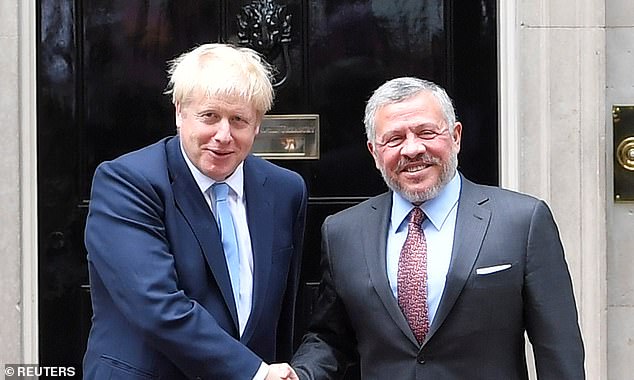 The cosmetics were from King Abdullah of Jordan. Boris Johnson is pictured above greeting him outside Downing Street 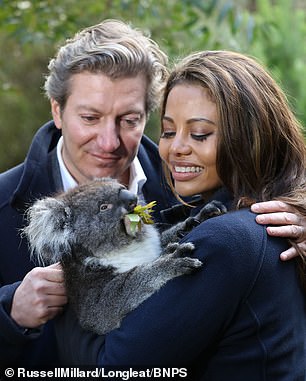 Conservationist: Weymouth, with wife Emma and a furry guest

Viscount Weymouth has been named Honorary Australian Of The Year for his efforts in conserving koalas.

‘I’m thrilled that the High Commissioner saw fit to bestow this award,’ he tells me after receiving the accolade at Australia House in London.

‘Really, it’s for the whole team, of whom I’m incredibly proud.’

Weymouth — whose Longleat Wildlife and Safari Park is the only zoological collection in Europe to look after southern koalas — sent two specialists Down Under to help with the wildlife rescue operation following the bushfires.

Martin Freeman has come a long way from Slough and the BBC sitcom mockumentary The Office.

The actor, who played Dr Watson opposite Benedict Cumberbatch in Sherlock, has amassed £5.37 million for his acting company, Geoffrey Joseph Ltd.

The figure is disclosed in newly published accounts that suggest he made more than £750,000 last year.

Freeman, 48, became an unlikely Hollywood star with his performance as Bilbo Baggins in The Hobbit film trilogy, and went on to appear in blockbuster Black Panther. 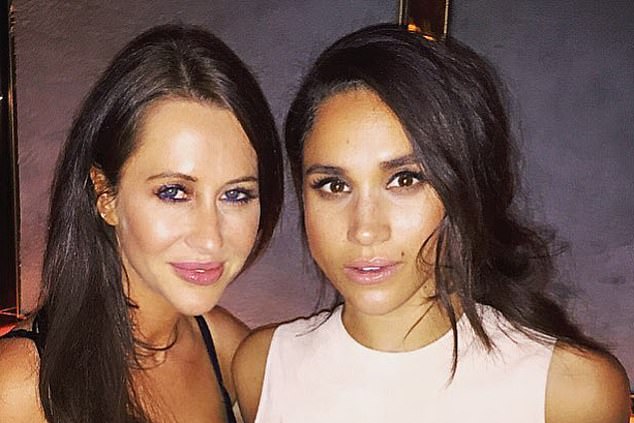 The Duchess of Sussex’s best friend Jessica Mulroney has a cool head in a crisis.

The 40-year-old wedding planner, whose father-in-law is Canada’s former prime minister, Brian Mulroney, navigated a near-fashion disaster with aplomb at a marriage ceremony she helped to organise in Florida.

The mother-of-three — whose twin sons, Brian and John, were pageboys at Meghan and Harry’s wedding in 2018 — reveals that she arrived wearing the exact same outfit as an important guest, but solved the problem by dashing out to buy a £30 alternative.

Sharing a picture online of the new outfit — a figure-hugging magenta gown — she writes: ‘What happens when the mother of the groom has the same dress as you? You find another one for $40 and just deal. Moms must shine.’

Peacock Portillo struts his stuff in another trail blazer

Lurid blazer-wearing former Tory minister Michael Portillo reveals that he regularly splashes out on a new wardrobe to look his best on screen.

‘Normally, I get two or three new ones a year, so there’s not a total turnover. Viewers, no doubt, will be able to see old favourites from several years ago, but the stock is refreshed.

‘And then, of course, there has to be new accessories: new shirts, new trousers, new pocket handkerchiefs, new nightshirts . . .’ 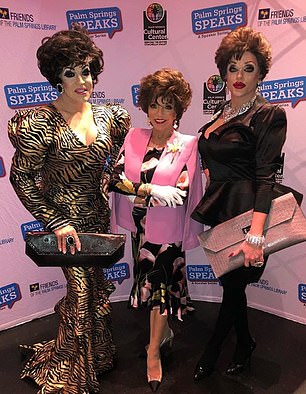 Several of her die-hard fans had come dressed as her character Alexis. She is pictured with them above

Joan’s fans turn up as Alexis — big hair and all

Dame Joan Collins could have been forgiven for having an identity crisis when she attended an event near her Californian home.

The 86-year-old Dynasty star arrived at a theatre in LA where she was speaking on-stage about her life and career — only to see that several of her die-hard fans had come dressed as her character Alexis.

‘Will the real Joan Collins stand up?’ she captioned a picture online, depicting herself with two drag queens, Ethylina Canne and Morgan McMichaels (above), who both imitated her look by sporting 80s dresses, oversized clutches and similar hairstyles.