Daniel Craig’s actress daughter is flying the flag for Scotland.

Uninhibited Ella Loudon, 27, whose mother is Craig’s former wife, Scottish actress Fiona Loudon, celebrated her ancestry this week by stripping off and posing with the Saltire.

‘Getting ready for Burns Night this weekend,’ she explains, referring to the annual celebration of the Scottish national bard Robert Burns.

Uninhibited Ella Loudon, whose mother is Craig’s former wife, Scottish actress Fiona Loudon, celebrated her ancestry this week by stripping off and posing with the Saltire 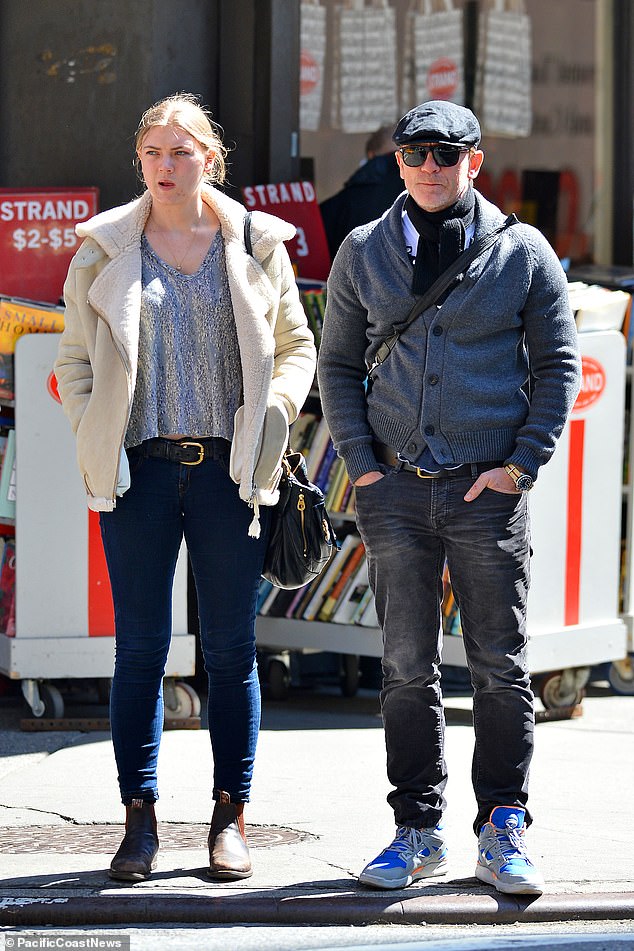 The 27-year-old said that she was a ‘proud Scot, born and raised’. Pictured: Daniel Craig with his daughter in New York in 2004

‘I had a strong Glaswegian accent when I was young but the English stole it.

‘But with a few drinks in me it comes back.

‘This weekend I’m sure it will come back strong.’

Aged just 26, he became the youngest British chef to win two Michelin stars, since when he’s starred in numerous television cooking shows and last month opened what has been described as Britain’s ‘most pretentious restaurant ever’.

But Tom Aikens’ rollercoaster story does not stop there.

For I can disclose that the chef has just presided over the closure of Tom’s Kitchens, the ‘casual dining’ chain he established to great fanfare in 2006. 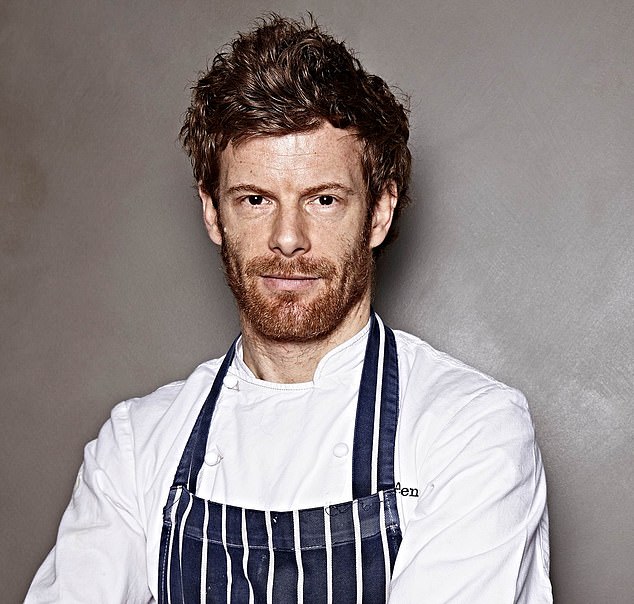 Aikens, now 50 and notorious for allegedly once ‘branding’ a younger colleague with a red-hot palette knife, tells me: ‘It is with regret that I confirm the closure of Tom’s Kitchen, Chelsea.’

Attributing this to ‘extremely challenging market conditions’, together with ‘staff and skills shortages’, Aikens says that ‘while obviously very sad for all those involved in the business’, he is ‘hugely proud’ of everything they’ve achieved since opening Tom’s Kitchen.

At its peak, his group numbered six restaurants — four in London, one in Birmingham and one in far-flung Istanbul.

But he closed five of them over the past few years, leaving Chelsea as his last outpost.

The group’s closure will inevitably revive appalling memories for those of Aikens’ former suppliers who were left massively out of pocket 12 years ago. 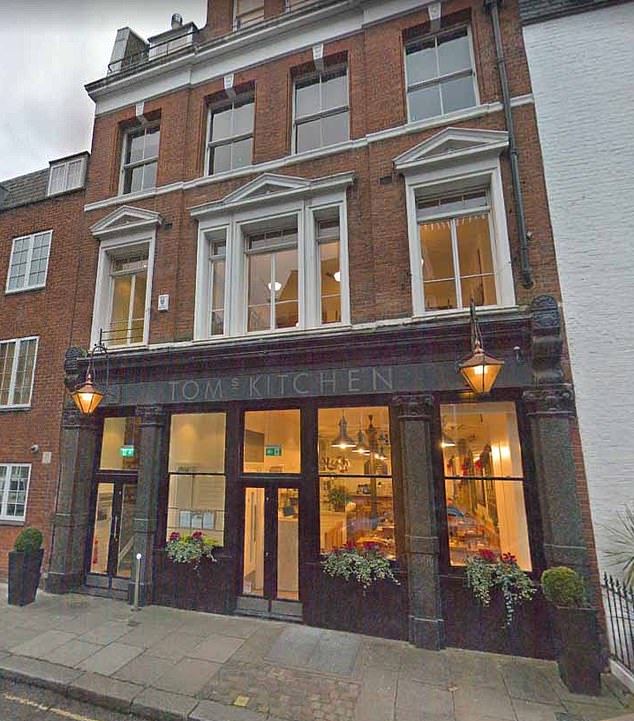 That was when the holding company Aikens had created to run the two restaurants he then operated, Tom’s Kitchens and the far more expensive Tom Aikens, went bust.

They were just two of his creditors who lost an estimated total of £900,000.

Aikens, twice divorced, but with two children by his current partner, does not discuss whether this latest setback has inflicted financial damage on those who were brave enough to supply him.

But then, he has his new restaurant in London’s exclusive Belgravia to attend to, with its ten-course, £145 tasting menu — or a six-course one priced at £95. It includes a dish entitled ‘Playing with fire’.

Andrew Marr may be a successful broadcaster, but as an occasional painter he would rather be revered as an artist.

‘I think I would happily sacrifice all of my career on television for the achievement of having made one really good picture,’ he says.

‘I take it very seriously indeed.’

Gwyneth Paltrow is taking her wacky lifestyle brand to new heights — or depths.

This week the Sliding Doors star posed in front of a floral backdrop, which replicated an intimate part of her anatomy, in a bid to entice viewers to switch on her new TV show.

The six-part series on Goop Lab TV will look at alternative health treatments from exorcisms to workshops for female orgasms. 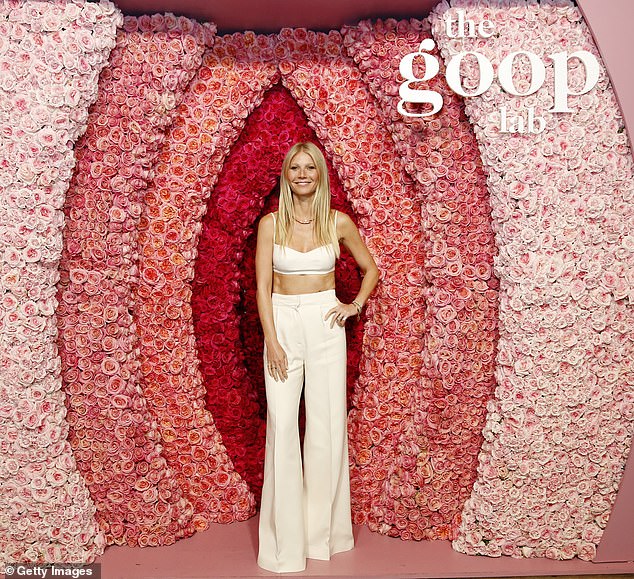 Gwyneth Paltrow posed in front of a floral backdrop, which replicated an intimate part of her anatomy, in a bid to entice viewers to switch on her new TV show

Paltrow started Goop as a newsletter in 2008 and turned it into a global brand selling candles which allegedly release her own personal scent, jars of Sex Dust — ‘a lusty edible formula alchemised to ignite and excite sexy energy’ — and psychic vampire repellent.

It’s nearly 60 years since he was sacked as drummer of The Beatles, but the humiliating experience still rankles with Pete Best, who says it was unfair and hurtful.

Best, who joined the band in 1960 only to be booted out in 1962 and replaced by Ringo Starr, recalls of his former bandmates: ‘They could’ve been nicer. They put a load of boots in.

‘In interviews after I was kicked out, they initially said I wasn’t a good enough drummer, then all of a sudden I was anti-social, didn’t talk, moody, slow-witted…

‘Come on, guys, gimme a break. You’ve already kicked me out of the band.

‘Lay off me. Just let me get on with my own life.’

Lamenting the absence of primatologist Dame Jane Goodall, the Tory Environment Minister recalled how, as a boy of nine, he would watch her wildlife films repeatedly and was as obsessed with her as he was with the animals with which she interacted.

‘In my fantasy, I was definitely Tarzan to her Jane,’ he said.

He’s already a reality TV star, so could a stage role be next for Lord Ivar Mountbatten?

Lord Ivar pretended to wear a pair of thigh-high leather heels as he attended the hit musical Kinky Boots in Cape Town.

‘It was brilliant,’ remarked Lord Ivar.

A cousin of the Queen, he made his screen debut last year in Treasure Island With Bear Grylls.

In 2018 he became the first member of her family to have a same-sex wedding, with airline cabin services director James Coyle. 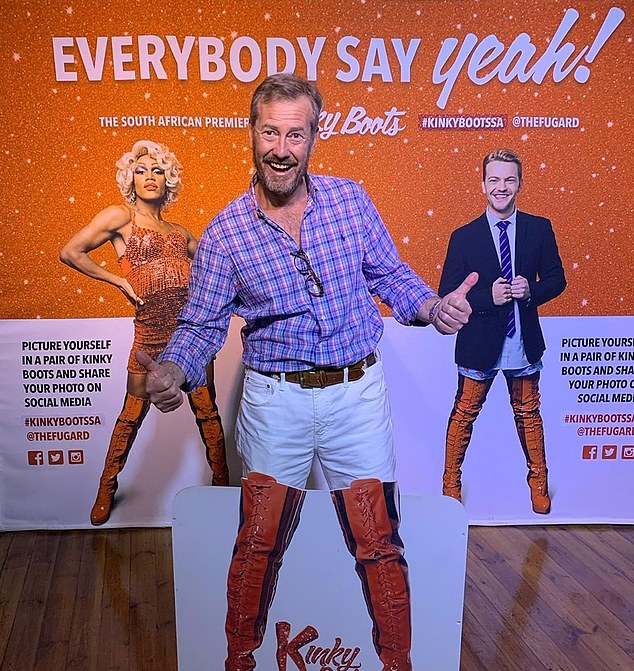 BBC DJ Liz Kershaw celebrated a windfall after BBC4 repeated a 1988 episode of Top Of The Pops which she presented alongside Bruno Brookes.

‘Bonus… nearly 32 years later it’s all paid off. I’ve received a surprise cheque for £25,’ she says.

A few more of those will pay the licence fee for one of Radio 1’s veterans when the BBC ends freebies for the over-75s.

Talk about keeping it in the family.

Publisher William Cash, whose political magazine The Mace launched this week, couldn’t resist a bit of favouritism in its debut.

How Duke planted seed of an idea with Trump

Modesty forbids the Duke of Marlborough from claiming credit for the announcement by President Trump, at Davos, that the U.S. will be joining the World Economic Forum’s initiative to plant one trillion trees.

He admits, however, that he did write to Trump last year to suggest the carborn-reducing plan, and has since been in touch with practical advice.

‘I’ve told him that he needs to look at such western states as Washington, Oregon or Idaho,’ says the Duke.

‘He needs to find one that has the climate conducive to growing trees on that scale.

‘Then it could be known as the State of Trees, which would be a tremendous legacy for him.’