He welcomed listeners to Radio 4’s Just A Minute, week after week, for more than 50 years — until a bout of flu finally obliged him to miss an episode in 2018.

But the consummate professionalism of the late Nicholas Parsons appears entirely beyond the bureaucratic forces of Covid-diminished Britain.

For I can disclose that, 11 months after Parsons died at the age of 96, his family are still waiting for probate.

The late Nicholas Parsons welcomed listeners to Radio 4’s Just A Minute, for more than 50 years

‘Everyone is using corona as an excuse. It leaves you in limbo. You can’t do anything — you can’t even sell a car that’s registered [to the deceased]. Everything is tied up and frozen.

‘It means that until the probate is sorted out, nobody can move on with their lives.’

Suzy adds that she and her brother Justin feel just as helpless as Parsons’ second wife, Ann, whom he married in 1995. ‘It’s going through the executors.

‘They say one application for my father’s will got “lost in the post” and they never received it — the usual fob off. I realise we’re not alone but we feel we’ve got no alternative but to lodge a formal complaint.’ 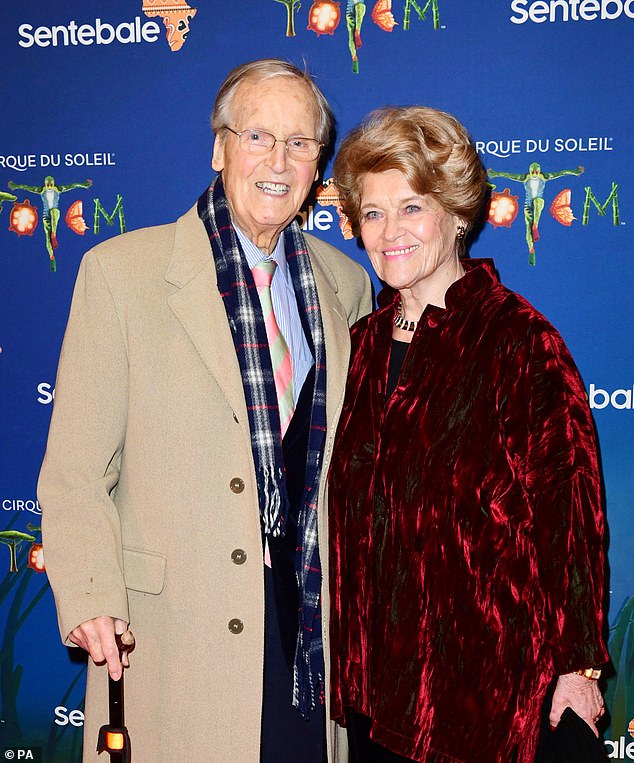 Nicholas Parsons and  his wife Ann whom he married in 1995

As well as hosting Just A Minute on the radio, her father was the presenter of ITV’s Sale Of The Century, one of the most popular television game show of the Seventies and early Eighties.

But Parsons, who lived his later years in Buckinghamshire while retaining a flat in London, always emphasised that his heyday was long before the fat-cat salaries enjoyed by many TV celebrities now.

‘I have had some good jobs and earned well but never felt wealthy,’ he reflected.

Suzy says he was also ‘a very generous man’, both to his family and to causes dear to his heart, including the Grand Order Of Water Rats, which aids impoverished actors.

‘Our lawyer summed it up best,’ says Suzy. ‘He said I didn’t expect probate to take just a minute — but didn’t expect it to take this long.’

The Ministry of Justice, which oversees the Probate Office, says it is unable to comment on individual cases.

Despite being a rock star, Keith Richards is not in charge of music at his home in Connecticut.

‘We’re in a family bubble. My wife Patti, my daughters Theodora and Alexandra are here, as is my son-in-law Jacques and some friends,’ says Keef, adding he doesn’t get to pick the songs at home. ‘It’s the other way around,’ he admits.

‘They play music for me. My daughters are like DJs, they play everything. All I have to do is lean back and listen.’

After vanishing for several years, Hugh Grant is all over our screens again.

And there’s a very simple explanation: ‘I don’t have a name for it, really, except Feeding Children,’ admits the 60-year-old actor. 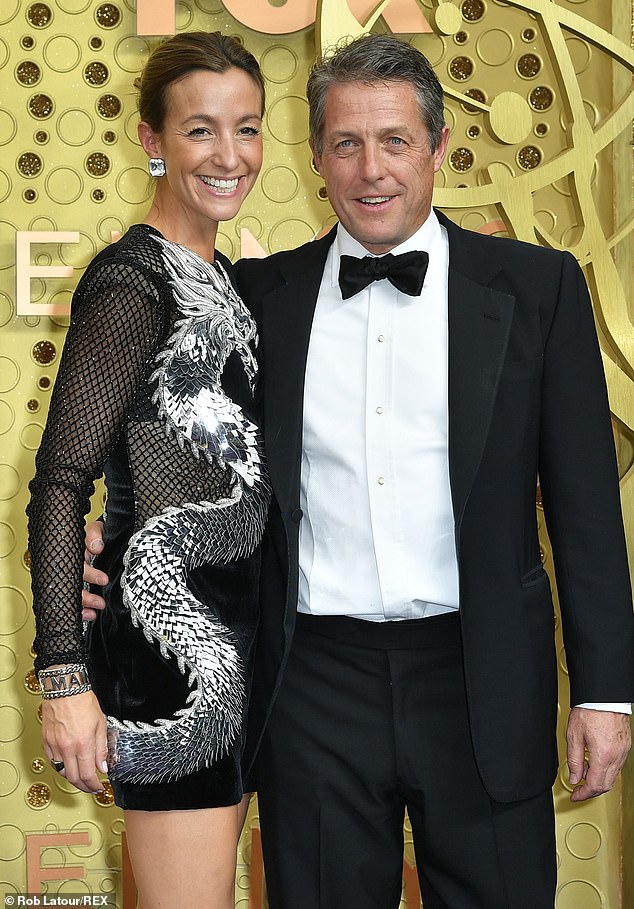 Dolly Parton has no intention of joining celebrities on the therapist’s couch.

‘I’ve never had to go to a therapist because I’ve had my writing,’ the country legend says. ‘I write out everything I feel — the good, the bad, and the different.

‘Some songs I may just write just to get it off my chest and tear it up and burn it because I just wanted to get it out or just to say something.’

‘The holly and the wifi,’ was how stars of stage and screen described last night’s Fayre of St James’s carol concert, which this year was streamed online due to lockdown.

Prince Harry’s ex-girlfriend, actress Cressida Bonas, 31, was among those ushering in the festive season, with a reading of Snow by Louis MacNeice. 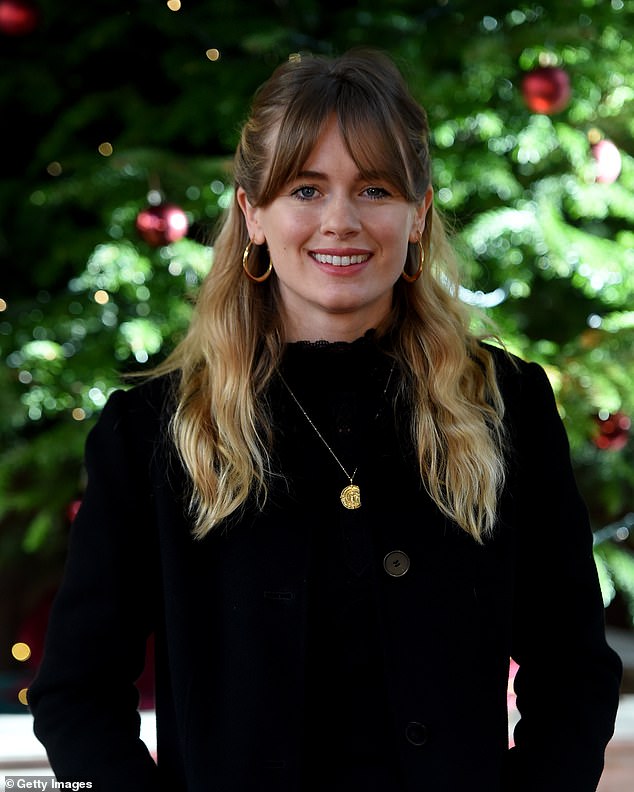 Hosted by Quintessentially Foundation, the concert was broadcast to ticket holders at home and included readings by Stephen Fry and Fleabag’s Phoebe Waller-Bridge, plus music by Emeli Sande, James Bay and Katie Melua — who sang Nine Million Bicycles and O Holy Night. 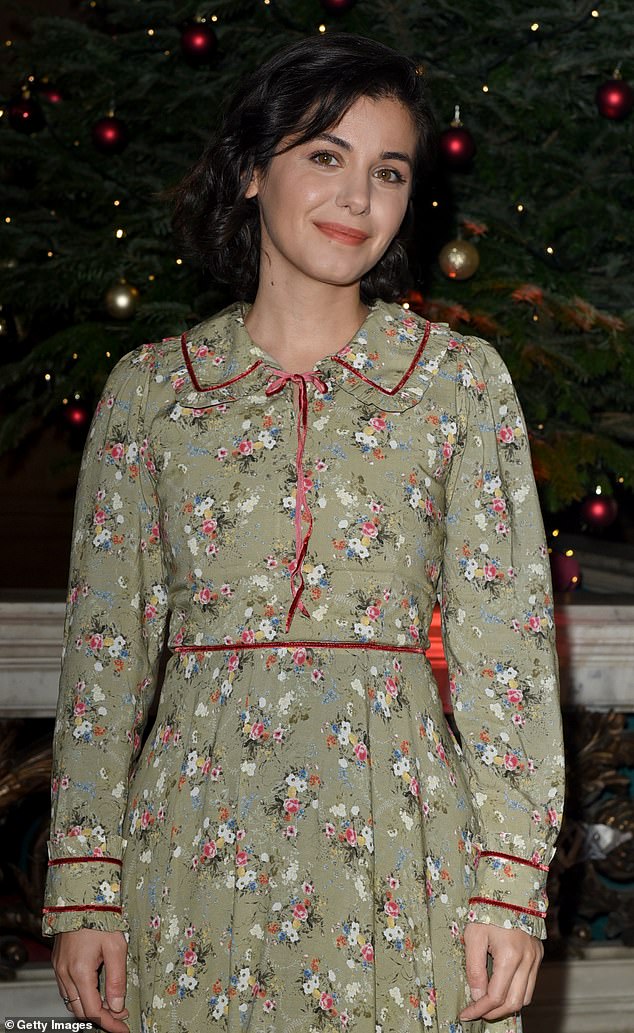 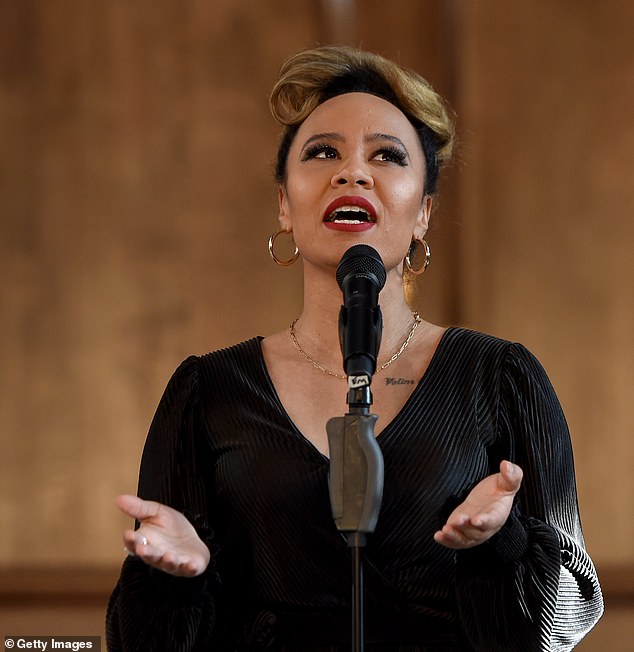 ‘I was delighted to be part of The Fayre of St James’s Christmas carol concert,’ Cressida tells me.

‘It is in aid of two marvellous charities, The Felix Project and The Childhood Trust, who help those most vulnerable in society in a year when food poverty and insecurity has affected so many.’

He’s stepping out with model Roxy Horner, but comedian Jack Whitehall admits he’s so insecure with women, he used to spend hundreds to impress them on dates.

‘One of my worst dates was the first after I’d broken up with my last long-term girlfriend, [actress] Gemma [Chan],’ says Jack, 32.

‘I was nervous. I’d brought my date to a fancy restaurant. I don’t know much about wine, and said, “This is the type of wine I like, can you recommend something?” The waiter recommended a £500 bottle in front of my date. 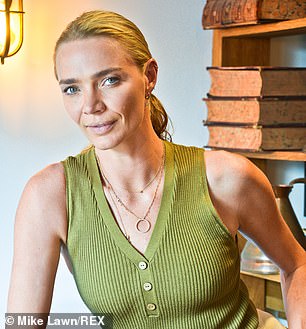 ‘It’s a stressful time and it’s been a stressful year, and I’m finding it really difficult to sleep,’ says the 42-year-old mother of one, who lives with former Royal Marine Joseph Bates in Sussex.

The former racing car driver’s favourite solution so far is CBD oil, which she sprays on her pillow.

‘I use it so much I’ve run out. It smells incredible — lavender and camomile. It’s insanely good.’

Swinging Sixties snapper David Bailey was a playboy back in the day, bedding many of the models he photographed including Jean Shrimpton and Penelope Tree, but he’s not relishing the idea of going out again when society returns to normal.

‘I never really liked parties that much,’ admits the 81-year-old. ‘I can’t do small talk, I find it really difficult to do small talk.

‘People bring out their wallet to show me their kids. I say don’t show me them unless they got webbed feet. I won’t be that interested.’