SEBASTIAN SHAKESPEARE: Laurence Fox left fuming after Uber driver cancels his booking midway through journey and kicks him out of the car

Laurence Fox took to Twitter to air his beef with Uber

Lewis star Laurence Fox has been driven to distraction by taxi service Uber.

The 41-year-old father-of-two claims he was in the pre-booked car when the driver suddenly cancelled the trip and told him to get out.

‘Once again Uber driver refuses to do his job and cancels when I’m in the car on the way to my son’s prize-giving, which I’m now going to be late for. Not using you lot again… (Uber) are cowboys,’ he fumed on Twitter.

Laurence, who has two sons — Eugene, seven, and Winston, ten — with his ex-wife, actress Billie Piper, added: ‘Fortunately though this Uber driver had completed his customer service training and remembered to tell me to ‘go f*** myself’.’

A spokesman for Uber tells me: ‘What has been described is unacceptable. We are currently looking into this incident.’

It’s not the first time the actor has used his social media accounts to address motoring issues.

In 2016, he hit out at BMW with a video on Twitter after his £55,000 BMW M3 allegedly rolled down a hill and crashed into a hedge while it was parked.

Laurence had left the vehicle on a hill in Devon while he was filming but claimed that when he returned he discovered it had rolled into a bush, causing thousands of pounds of damage.

He shared with his followers a minute-long film clip which he claimed showed the car rolling down a hill while he pulled the handbrake up.

In a message accompanying the video, Laurence wrote: ‘Dear BMW great job on the hand brake on my car. Thanks so much for ‘adjusting’ it, even though ‘it wasn’t broken’.’ 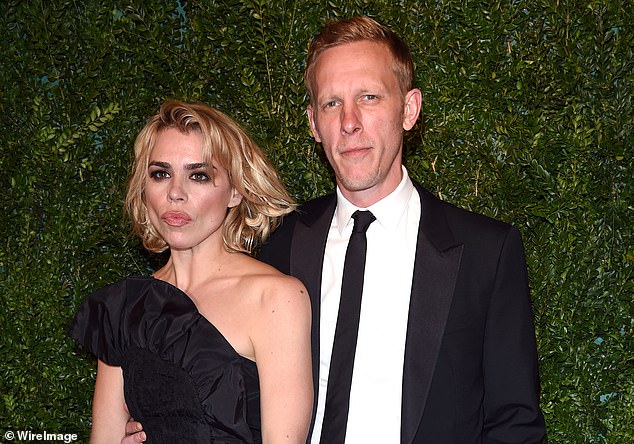 Laurence was married to singer-turned-actress Billie Piper from 2007 but they divorced in 2016. They have two sons together