There is to be a nasty birthday ‘present’ for roly-poly retailer Sir Philip Green, who turns 66 tomorrow

There is to be a nasty birthday ‘present’ for roly-poly retailer Sir Philip Green, who turns 66 tomorrow.

I hear Penguin is to announce details of an ‘explosive’ biography of the tycoon, who faced calls for his knighthood to be revoked after he sold BHS to a serial bankrupt.

The book is to be written by journalist Oliver Shah, whom Green called ‘a disgusting individual’.

A publishing source tells me: ‘Green is consulting lawyers over the book. It will explore Green’s friendship with some fascinating characters and look into his colourful family. There will also be lots of new allegations about his bullying behaviour over the years.’

Sir Philip, who shed his ‘Sir Shifty’ nickname after stumping up £363 million to help fill the black hole in the BHS pension scheme, declined to comment yesterday. However, one of his friends tells me: ‘Shah is going to end up being sued.’

Last summer, I disclosed that Penguin was to pay Shah a whopping £100,000 for the biography, which is to be called Damaged Goods: The Inside Story Of Sir Philip Green, The Collapse Of BHS And The Death Of The High Street. Green, who was knighted under Tony Blair for ‘services to the retail industry’, took out £580million in dividends before he sold BHS for £1 to former bankrupt Dominic Chappell in 2015.

One personal assistant, Samantha Watson, told me in 2016 she was frequently left fighting back tears after being bullied by Green.

‘I didn’t do anything wrong, but sometimes if I kept him hanging on the telephone for a millisecond, Philip made my life an absolute misery, swearing at me using the most disgusting language possible and calling me a c***,’ says Sam, who worked for Green’s close friend, the media magnate Richard Desmond.

‘He has no respect for ordinary people, only other billionaires. If I kept him waiting, he would start effing and blinding and calling me a “thick, fat, Geordie c***”.’

The English Patient star, 57, posted this picture on social media of herself holding her then-baby daughter Hannah —whose father is Kristin’s ex-husband, Francois Olivennes — while her lookalike mother, Deborah Hurlbatt, sits behind. ‘My gosh, you are the spitting image of your mother!’ wrote one fan. 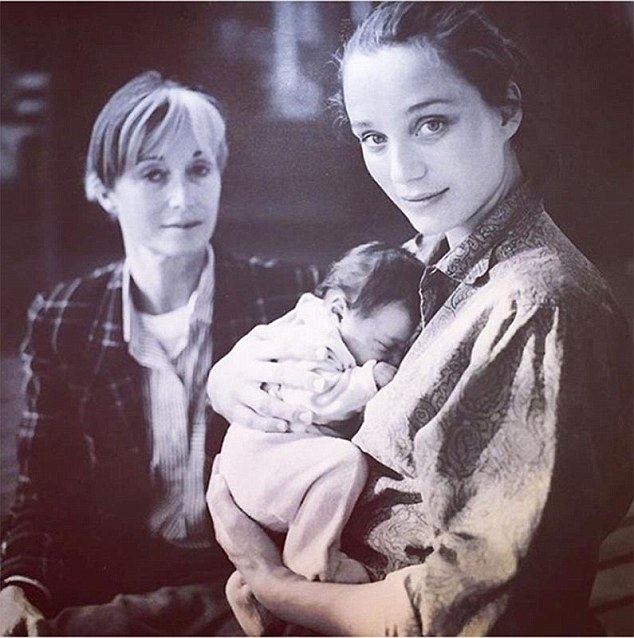 The English Patient star, 57, posted this picture on social media of herself holding her then-baby daughter Hannah —whose father is Kristin’s ex-husband, Francois Olivennes — while her lookalike mother, Deborah Hurlbatt, sits behind

Kristin, 27 in the picture, became a grandmother last summer when Hannah, now 30, gave birth to a little girl of her own.

TV star Olivia Colman, who will play the Queen in the new series of The Crown, admits being famous makes for strange encounters. ‘The weirdest place I’ve ever been recognised is at the dentist,’ Olivia, left, tells me at the Mencap charity fashion evening. ‘I was actually in the dentist chair, with my mouth wide open, and someone said: “Where do I recognise you from?” I basically had an entire fist in my mouth so I couldn’t even answer properly.’ 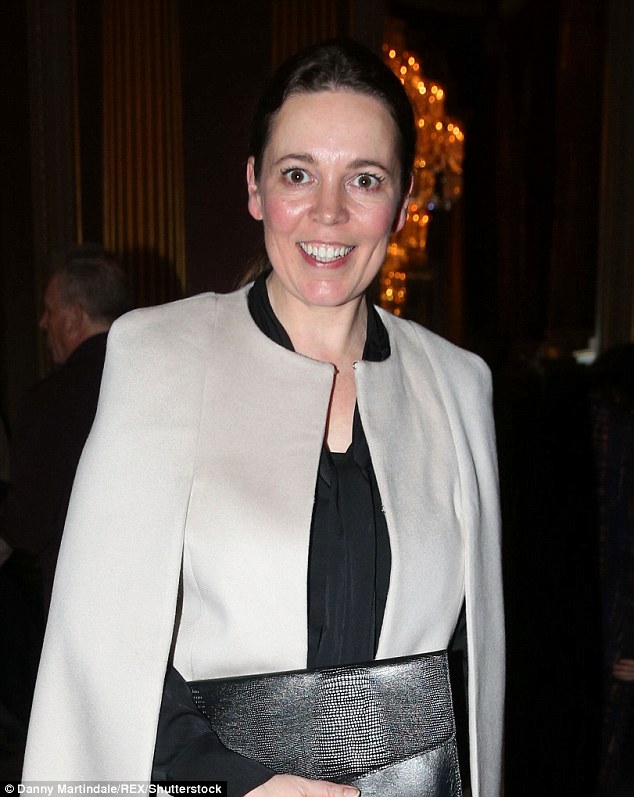 TV star Olivia Colman, who will play the Queen in the new series of The Crown, admits being famous makes for strange encounters

Newsnight’s Emily Maitlis recently complained that the BBC’s cameramen take too many ‘upskirt’ shots when she shows her bare legs on TV. Sky News’ Kay Burley offers some simple solutions. ‘I stand up so I don’t have the problem of cameras going up my skirts,’ she tells me. ‘Also, I normally wear quite low hemlines so I avoid the problem.’

Prince Harry and Meghan’s wedding in May is starting to prove problematic for their friends — in particular New York designer Misha Nonoo.

‘It will be very awkward because Misha is going, as is her ex-husband Alex Gilkes,’ a close friend of the former couple tells me.

Old Etonian Alex, 38, founder of online auction house Paddle8, is an old friend of William and Harry’s and split from Misha in 2016 after four years of marriage. 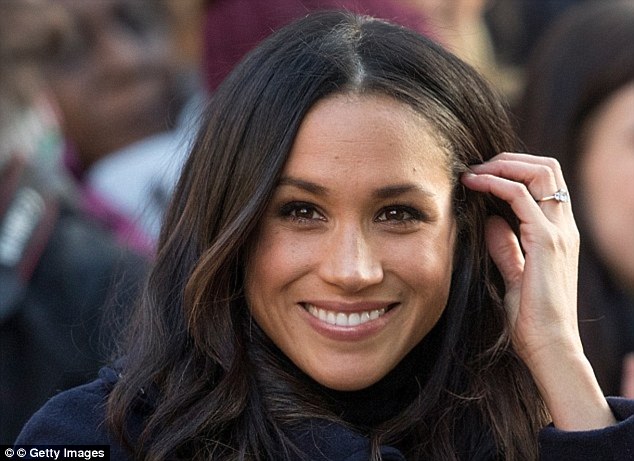 ‘Alex is actually the reason Misha was even able to set them up,’ adds my source. ‘He introduced Harry to Misha, and then she introduced him to Meghan, who’s a friend of hers.’

Thankfully, at least one awkward encounter will be avoided. Despite Alex being pictured holding hands with Maria Sharapova earlier this month, the tennis star doesn’t need to start looking at wedding outfits. ‘He won’t be bringing her as his date.

‘Anyway, it would be awkward if that happened because Serena Williams is going, and they don’t exactly have the best history.’

Williams, 36, enjoys an intense rivalry with Sharapova, 30, off the court and once called her ‘boring’.